With the new Mac mini (M1, 2020), we finally see the tiniest Mac get a much-needed update. And, this time around, it’s making even bolder promises, with Apple promising up to three times faster CPU performance than the previous Mac mini and up to six times the graphical performance.

That’s all thanks to Apple’s new M1 System on a Chip (SoC). Debuting in the new Mac mini (as well as the new MacBook Air (2020) and new MacBook Pro 13-inch (2020) laptops, it allows the new Mac mini to compile Xcode up to three times faster, play intensive games, and render complex Final Cut Pro scenes much faster than the previous model. That’s all while keeping its small and compact chassis.

The question is, will it actually deliver? We’ll just have to wait and see until we finally put it through its paces. Revealed at the Apple ‘One More Thing’ event, the new Mac mini (M1, 2020) will be out soon, slated for delivery starting November 17, alongside the two M1-based laptops. 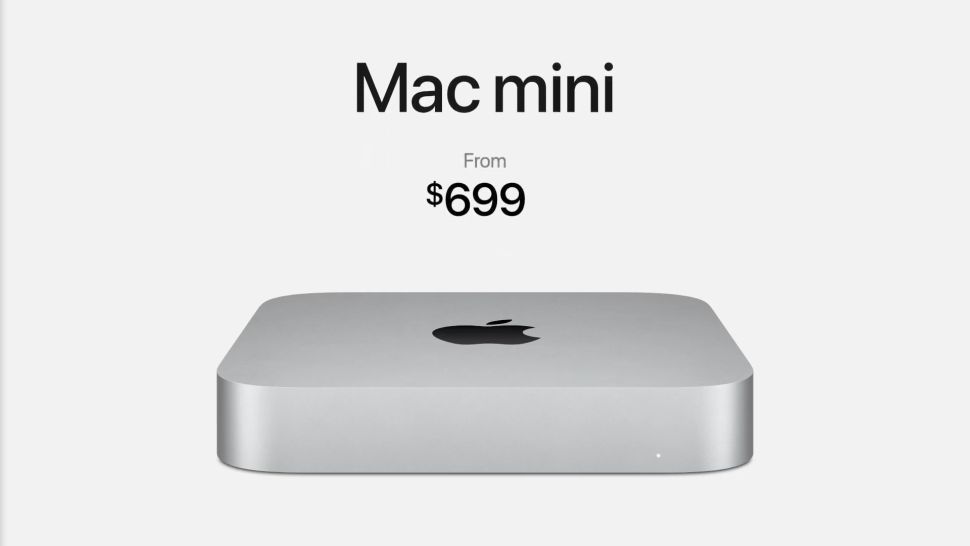 That’s cheaper than the 2018 Mac mini, which cost $799 (£799, AU$1,249) to start. This updated version of the Mac mini is also thankfully giving users more than the previous refresh, which did little more than double the memory for the same price.

We were a tad floored at the unveiling of the new Mac mini (M1, 2020), considering the mini-computer only last got a refresh in March 2020. We did feel at the time that the specifications of that model didn’t fully justify the price, so we have our fingers crossed with this latest M1-powered machine.

The big selling point for the Mac mini (M1, 2020) is the inclusion of the Apple silicon M1 Soc, a new 8-core chipset that combines the CPU, I/O, security and more into one.

Apple is making some big claims here, promising that the M1 will offer the world’s best CPU performance per Watt. The M1 Soc will feature an 8-core CPU consisting of four high-performance cores and four high-efficiency cores to balance workloads, and which is claimed will allow tasks to be processed nearly three times faster than on the previous Mac mini.

Gaming performance was also thrown around. If for some reason you chose to game on your previous Mac mini, then the M1-powered Mac mini will allegedly play graphically intensive games with up to four times higher frame rates.

There’s another model that comes with the same specs, but double the storage to 512GB. That’s the only difference.

You can also configure either model to come with 16GB of RAM and up to 2TB of SSD storage.