Sony A1 shows the ‘no compromise’ camera isn’t possible, but it comes pretty close

The new Sony A1 is the McLaren supercar of mirrorless cameras – and while it’s the closest thing we’ve seen to a ‘no compromise’ hybrid, as Sony describes it, it’s also unlikely to reach those mythical heights in reality.

On paper, there’s no doubt that the Sony A1 (also known as the Alpha 1) is a landmark camera and probably the most complete mirrorless camera we’ve ever seen. It’s effectively three pro cameras in one – you get the 30fps speed of sports camera, the 50MP resolution of a landscape camera, and the 8K skills of a video camera. 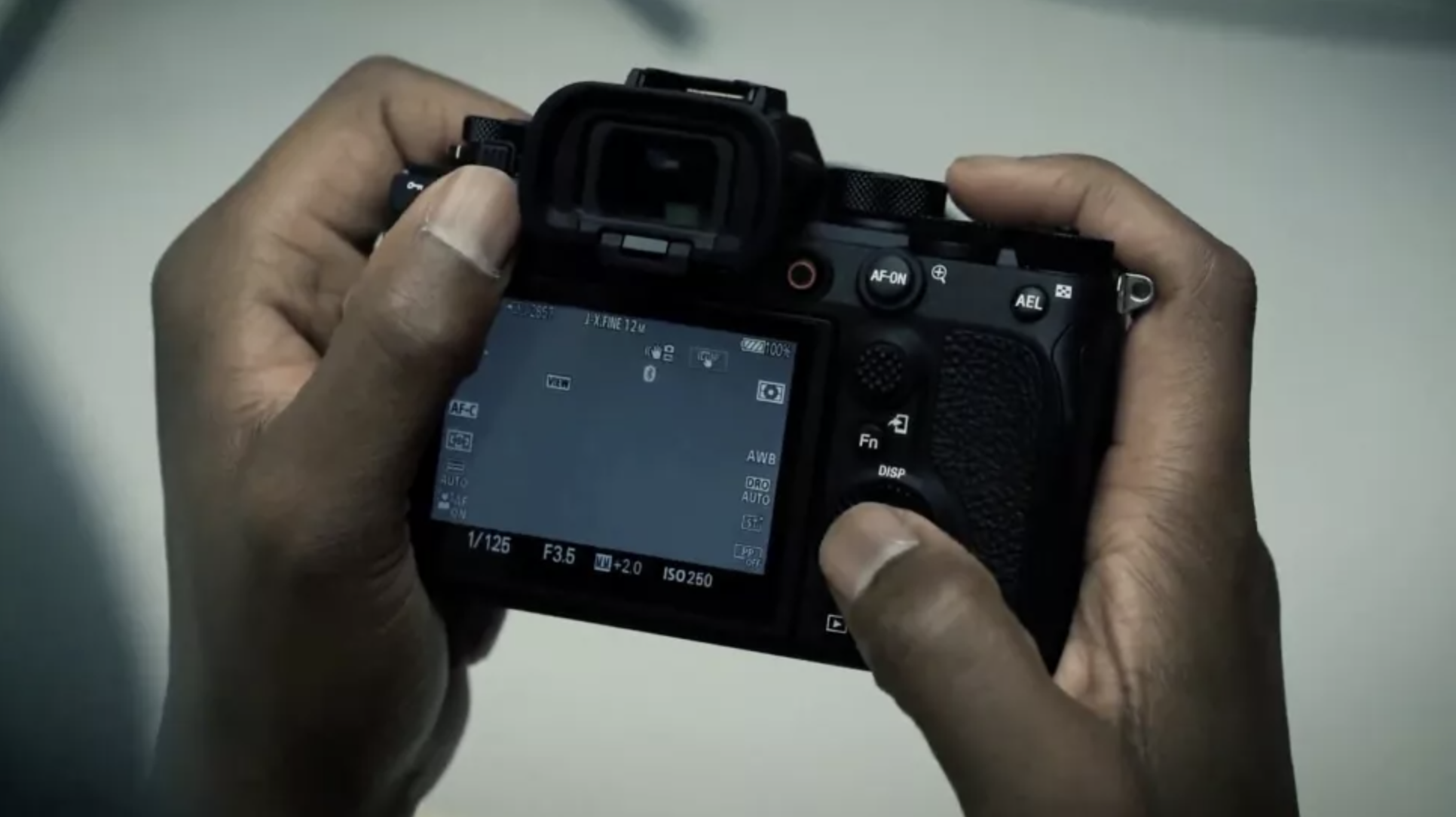 Impressively, it isn’t the size of a bowling ball either – despite all this tech, the Sony A1 is basically the size of a Sony A7S III and is significantly smaller than a DSLR like the Canon 1DX Mark III.

But Sony hasn’t wiped out its entire Alpha line with one perfect camera either. Whether it’s due to the laws of physics or intangibles like personal taste, the ‘no compromise’ camera still isn’t really possible. Other Alphas, like the A7S III, still do things that the Sony A1 can’t match.

But even if it can’t break the rule that every camera is a compromise, the A1 is does smash through boundaries that make it the least compromising camera we’ve seen so far for hybrid stills and video shooters.

Whatever level of photographer you are, choosing the right camera involves balancing your needs in five main areas – speed, resolution, video, size and price.

The interplay of all these factors has produced all the camera sub-categories we see today. High-resolution cameras have usually been too slow for sports photographers, pro video cameras have needed larger bodies for heat dissipation, and compacts have fast but small sensors.

Recently, we’ve started to see pro hybrid cameras – ones that are as comfortable shooting video as they are stills – really blur these lines. But the Sony A1 takes a giant eraser and does away with them almost entirely. 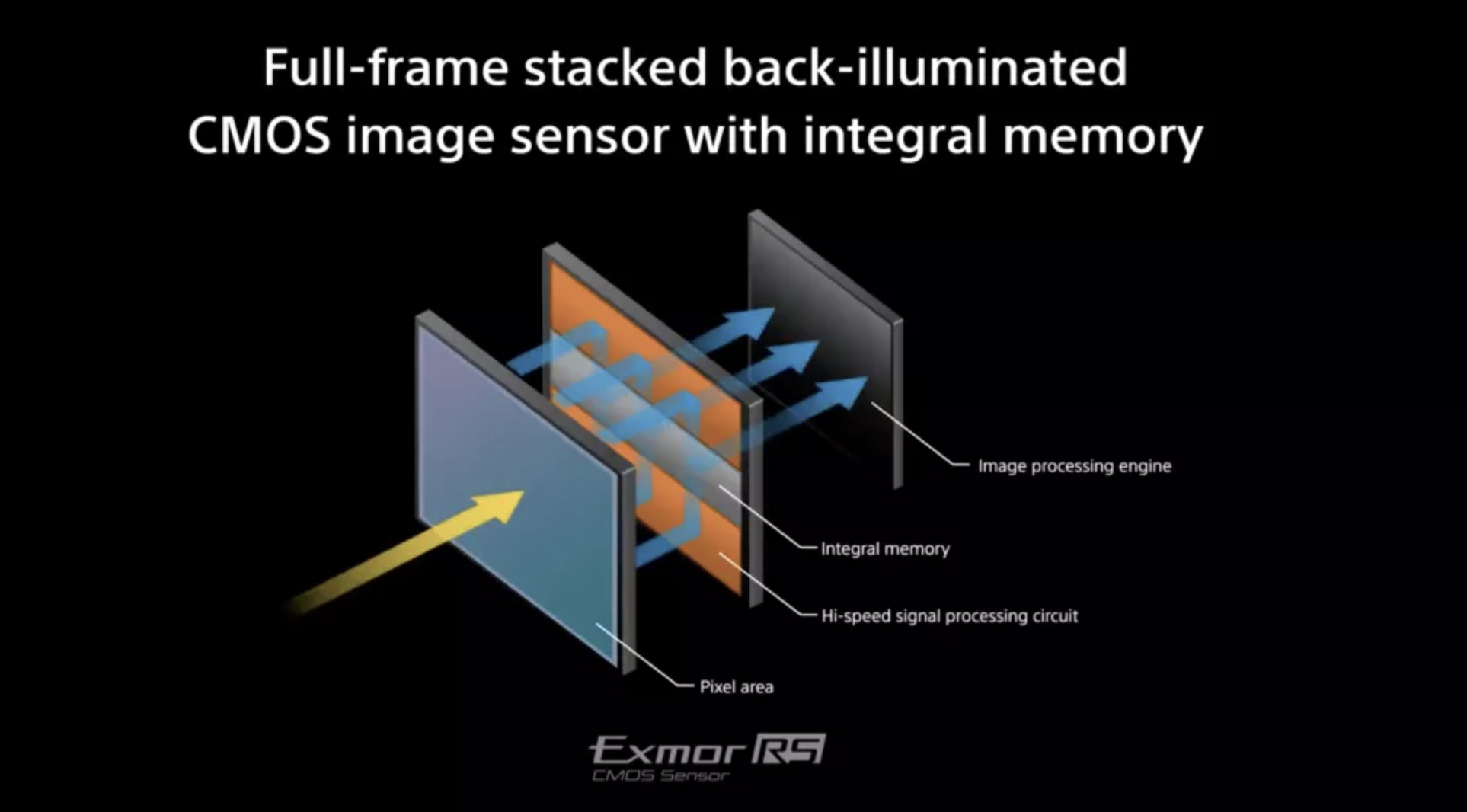 The reason the A1 can do this is its combination of a new 50.1MP stacked BSI sensor and upgraded Bionz XR processor. That stacked sensor contains memory on the chip itself, which allows it to achieve lightning fast readout speeds for a full-frame sensor. In other words, the A1 can scan all of that sensor data much quicker than before.

In reality, this means the A1 can do previously unheard of things like shoot 50MP images (albeit compressed ones) at 30fps with autofocus tracking – that’s 1,500 megapixels of image data per second. An amazing feat, even in pro camera land.

You could say this is something of an Apple M1 chip moment for cameras – just like Apple has used its custom silicon to take its MacBooks to new heights, Sony has built a next-gen Alpha around its in-house Exmor-Bionz engine.

But that doesn’t mean the Sony A1 is necessarily ‘no compromise’ camera. For a start, unlike the Apple MacBook Air, this camera tech is only available in an ultra high-end flagship. And beyond price, there are other factors – some of them down to the intangibles that make cameras such personal tools – that ensure the A1 won’t be a compromise-free experience for everyone, particularly videographers.

The most obvious example of this is the existence of the Sony A7S III. That camera sits top of our list of best 4K cameras and mainly because it has 12.1MP full-frame sensor.

That resolution, which is the same as an iPhone 12 Pro, may sound incredibly low, but it’s the reason why the A7S III is so good in low-light situations and is revered by videographers. Its sensor has huge pixels, and that’s something the Alpha 1 can’t match even with tricks like its Super 35 mode, which effectively takes an APS-C crop from the center of its larger full-frame sensor. 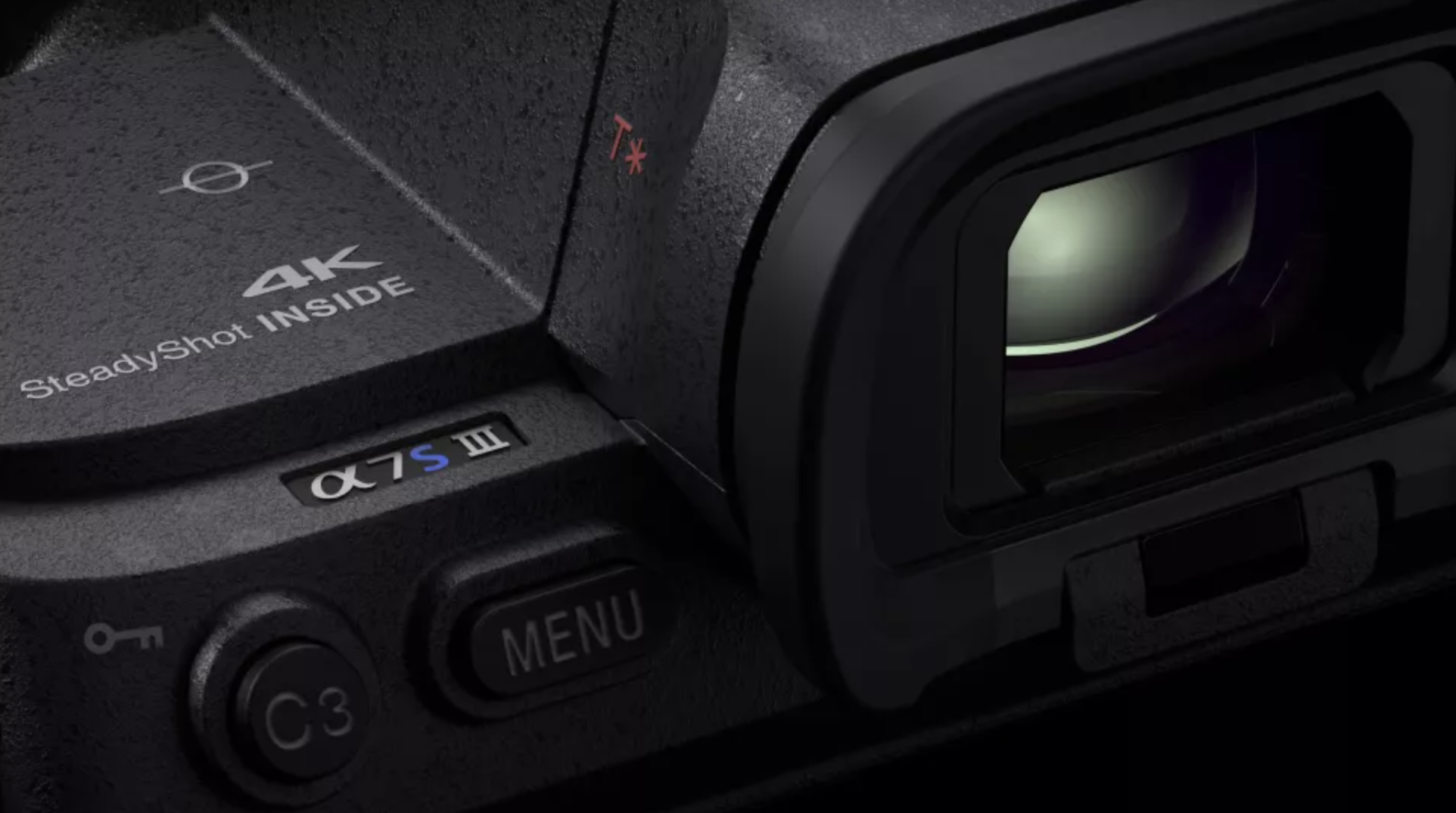 So which is the best camera for 4K video, the Sony A1 or the A7S III? Ben Pilling (Technical Marketing Manager for Sony Imaging in Europe), said: “It depends what your requirements are. What you find with the Alpha 1 is that for 4K video you will have great options – you have the full-frame 4K up to 120p, or you have that Super 35mm mode. That mode is oversampled footage, so you can get amazing detail, as well as having that 4K full-frame mode,” he said.

But he also added: “In terms of low light capability, of course the Sony A7S III has amazing high ISO capability with those very large pixels. In terms of full-frame mode you may see a slightly better image coming out of the A7S III compared to the Alpha 1, but of course the Alpha 1 is still going to deliver a stunning image. It depends on the needs and uses of the shooter.”

In other words, while the margins of difference between specialist cameras and generalist hybrids like the Sony A1 are getting finer, there will still be compromises for some video shooters on the A1, compared to other models.

The small compromises aren’t just with technical factors like resolution or a lack of built-in ND filters either. Opinion remains fairly evenly split on other details, like which type of camera screen is best.

The recent trend for hybrid cameras is fully-articulated screens that flip around to face the direction you’re shooting. But many stills photographers prefer tilting displays, because these let you shoot from low angles with the screen in line with the lens (rather than off to the side, like on articulated screens).

So what screen has the Sony A1 gone for? Unusually for an otherwise forward-thinking flagship camera, it’s got a retro, tilting 1.44-million dot screen. And that’s almost certainly because it’s been mainly designed for stills photographers, like those who are hoping to shoot at this year’s Olympics. 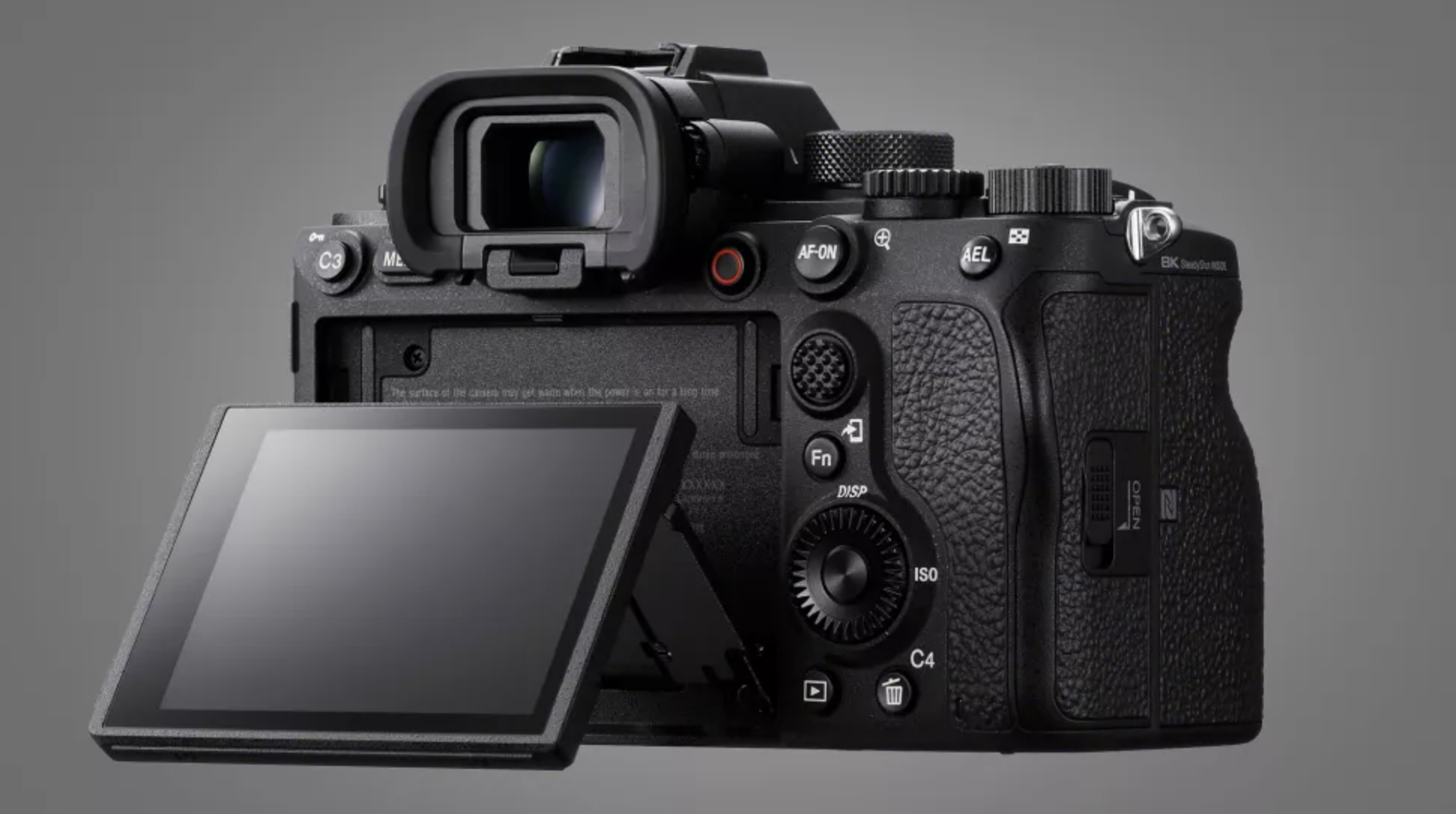 As Ben Pilling from Sony explained: “We get very mixed feedback from users on vari-angle displays. Some people love it, a lot of video shooters love it coming out to the side, but we also find that a lot of users say that they like to have their composition in line with the optical axis.”

“Of course, it’s something we will consider for future products and for other products as well, but for this model it was decided that having it in line with the optical axis would work best,” he added.

While hybrid cameras have come a long way, the A1 still doesn’t completely negate the need for dedicated mirrorless video cameras. For pros, it doesn’t have things like full-size XLR connections or built-in ND filters. And for many other shooters, the file sizes and price will likely make it workflow-inhibiting or too much camera for their needs.

Still, despite not being ‘The One’ (as Sony describes the A1) for every type of hybrid shooter, the Sony A1 certainly is uncompromising in new and exciting new ways.

Its electronic shutter, for example, is now so good that Sony could probably have got away without including a traditional mechanical one at all. Electronic shutters let you shoot silently (which is great for wildlife photographers) and achieve super-fast burst speeds like the A1’s headline 30fps figure. But until now, they’ve also come with compromises, like warping or banding when shooting artificial lights.

The A1’s electronic shutter, though, promises to do away with those issues. It automatically eliminates flicker and lets you dial in specific shutter speeds to eliminate banding. It’s also now so fast that it can sync with flashes, a job that was usually the preserve of mechanical shutters. 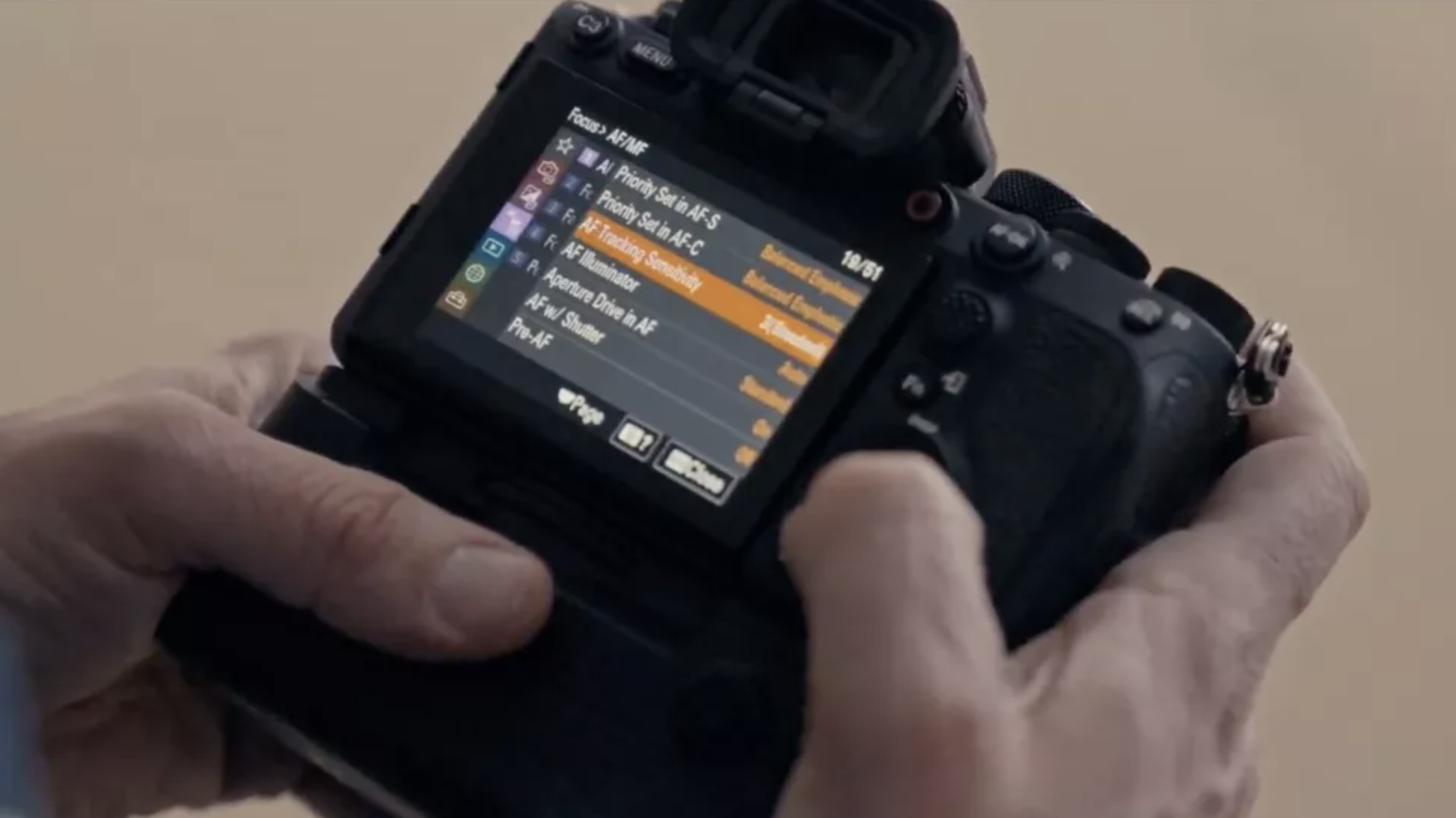 This is interesting because the Sony A1 is taking pro cameras a step towards a purely digital shooting experience, without any moving parts. Its incredible electronic viewfinder is another factor in this trend – with an amazing 9.44-million dot resolution and a world-first 240fps refresh rate, it could convert more DSLR owners.

Many pro sports photographers have stuck with DSLR cameras rather than mirrorless ones because of viewfinder lag, which you don’t get with optical ‘finders that let you view scenes at the speed of light. But it’ll be interesting to see how many are potentially converted by the Sony A1.

There’s no doubt that the Sony A1 is a landmark launch and probably the most powerful mirrorless camera we’ve ever seen. With those burst shooting powers, next-gen autofocus tricks and video skills, the main downside is how few excuses we’ll have left for missing shots or taking bad photos. 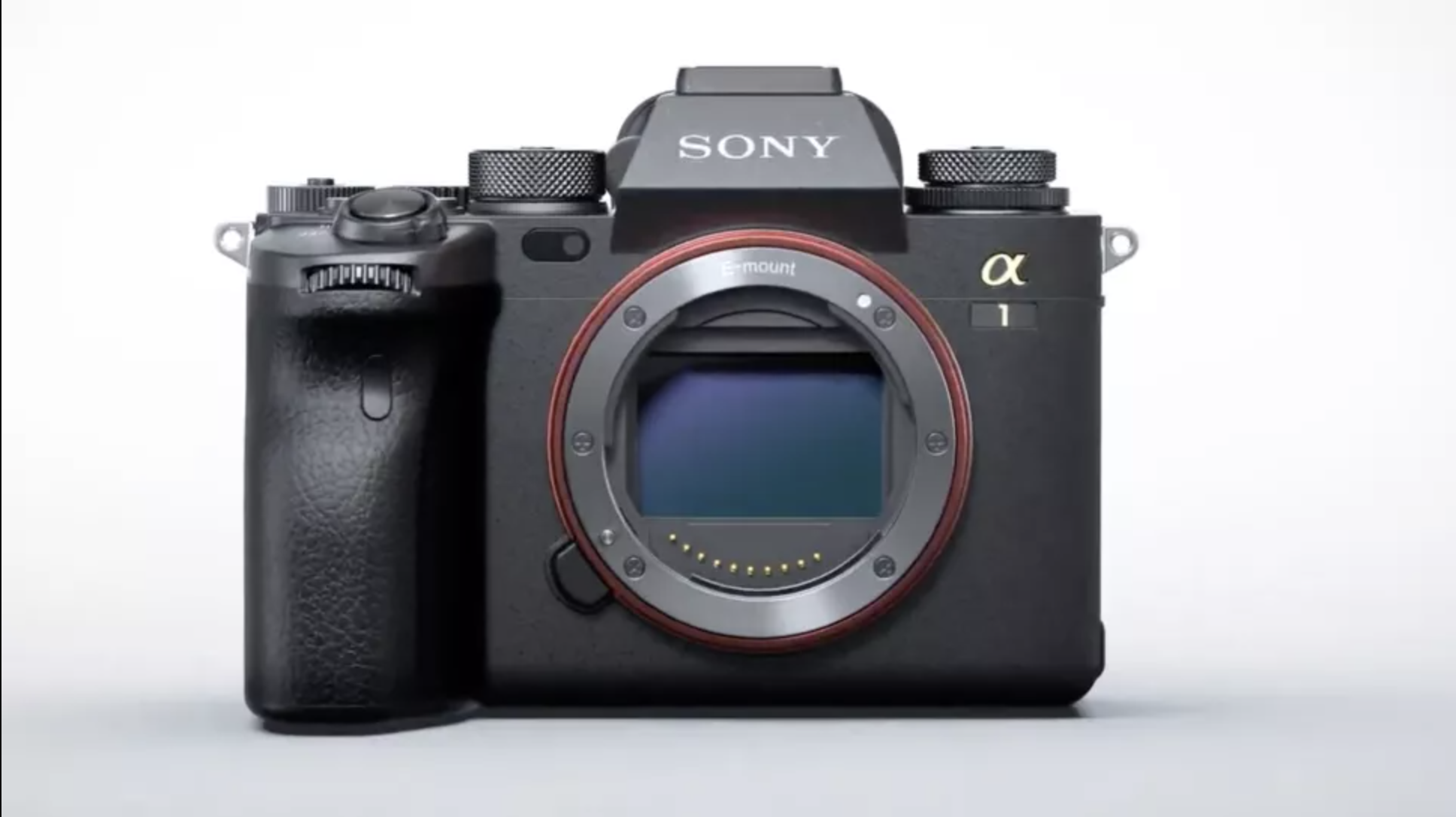 But it’s also not quite the mythical ‘no compromise’ model that Sony’s ‘The One’ marketing might suggest – there are unquestionably still benefits to specialist cameras like the Sony A7S III, and the price tag will be a sticking point for most of us, short of selling the family pet.

In fact, you could argue that the Canon EOS R5 now looks like excellent value at a mere $3,899 / £4,199 / AU$6,899, given the potential for diminishing returns on some of the A1’s technology. Still, we’re certainly looking forward to seeing ‘The One’s’ innovations trickle down into cameras that most of us can actually afford.