Photography gear company Fotodiox has published a new video showing viewers how to turn a portable scanner into a 4×5 digital scanner back for use with large format cameras. The video tutorial is based on a concept published by Randy Sarafan on Instructables.

In Fotodiox’s version of the project, the team uses a Flip-Pal Mobile Scanner, which costs around $180 on Amazon; other models could also be used, video host Sean notes in the tutorial. The scanner is paired with a CameraDactyl 4×5 camera ($200) and a 5×7 Fresnel sheet ($5). 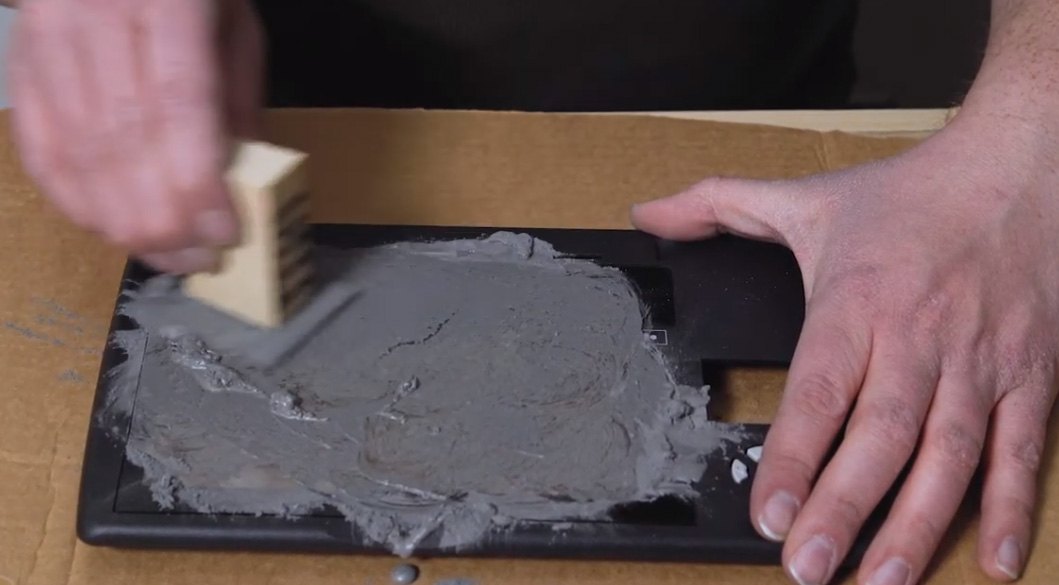 Sean notes that the digital back cannot provide the same level of quality as 4×5 film, but he says that it’s ‘such a cool idea, I had to try it.’

The project kicks off with Sean grinding the scanner’s glass using 600 grit silicon carbide and a small piece of glass. This transforms the panel into ground glass, which is then paired with the sheet of Fresnel glass for more even light distribution. The ground glass is reattached to the projector and the Fresnel is attached to it using ordinary duct tape.

The camera was then duct-taped to the projector, as well, with Sean noting that he used the CameraDactyl model partly because it is very lightweight.

After opening the aperture and focusing the image, Sean covered the back of the camera with a dark object to keep light out, then hit the ‘scan’ button on the digital back. The scanning process took about 20 seconds and the result was a ‘4×5 film look’ from a digital scanner.

As far as downsides go, Sean notes that this scanner arrangement can’t capture color images and that the image is captured off the ground glass, which means the texture from the glass results in grainy images. Photographers may also have to deal with scan lines in some images.

Ultimately, though, Sean explains: ‘I get a really shallow depth of field. It just has this really nice vintage 4×5 film look.’