It seems Tamron is going to have a busy 2020. As part of its 2019 full-year financial report, the company has revealed that it has five total lenses planned for this year, three of which haven’t been announced yet.

The revelation is included in a lens roadmap graphic, which lists all of the new lenses that Tamron has released over the past three years. For the year 2020, the chart shows the two lenses that have already been announced—the Tamron 20mm f/2.8 and Tamron 70-180mm f/2.8—but also reveals that “5 models are planned.”

“In 2020, 5 models are planned,” reads the text box. “The two models on the table have already been announced.” You can see the chart for yourself below: 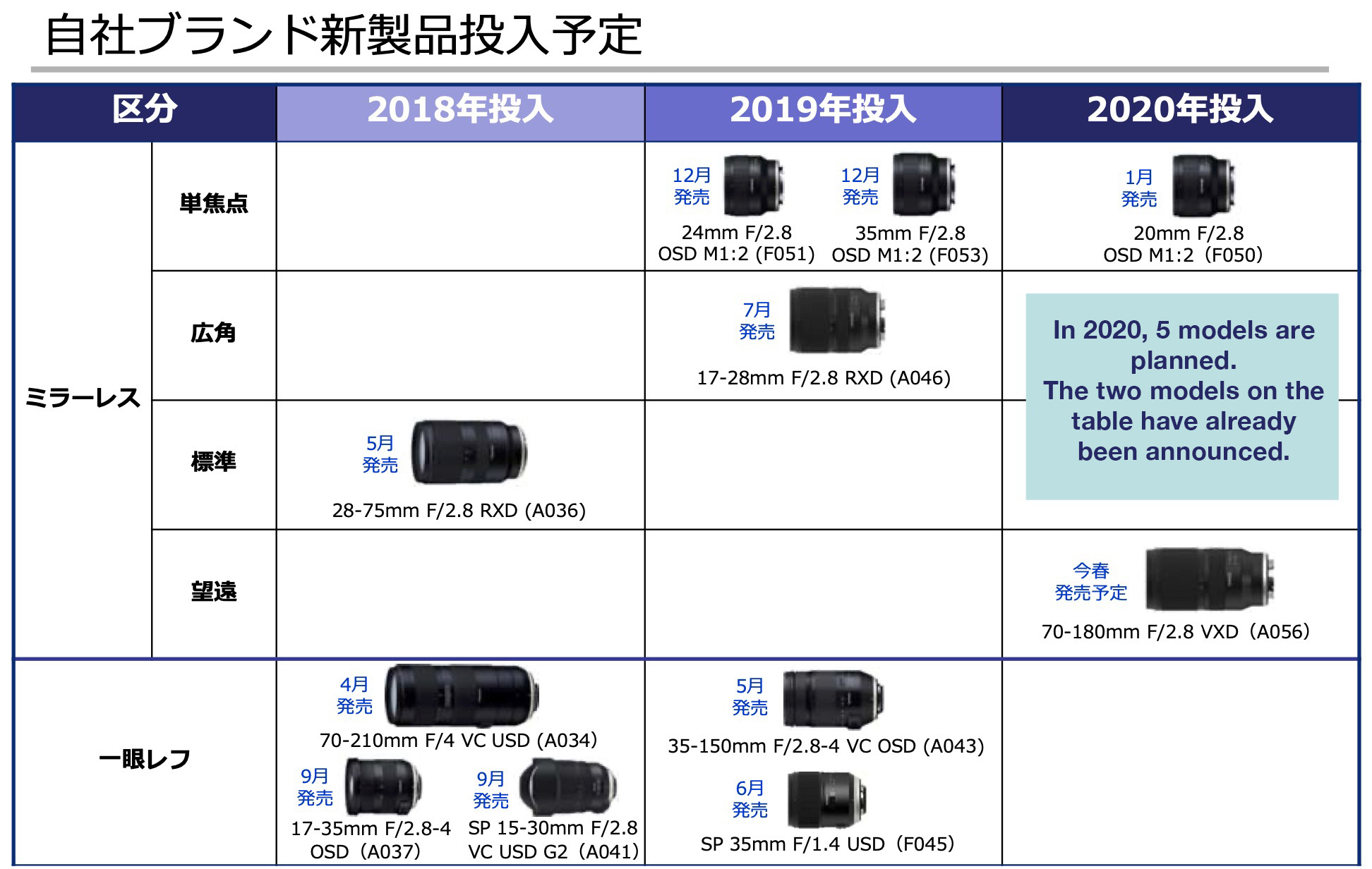 Unfortunately no further details are offered, but if Tamron follows the trend they’ve established thus far, we’ll be looking at three new lenses made specifically for mirrorless cameras.

Interestingly, this isn’t the first product revelation to be buried inside a financial report this year. Canon’s recent financial statement confirmed plans for an “advanced” EOS R model, lending credence to recent rumors of a 45MP Canon “EOS R5” with IBIS that can shoot 8K video.