At IFA 2020, Qualcomm announced its Snapdragon 8cx Gen 2 5G compute platform – which aims to make 2-in-1 laptops thinner, lighter and better-connected – and could Snapdragon-toting laptops finally be able to compete with AMD and Intel machines?

While previous Snapdragon-based laptops showed promise, they were let down by higher prices and lower performance than regular Intel and AMD-powered laptops.

The Snapdragon 8cx platform, Qualcomm’s first dedicated one for computers (its others were mainly targeted at mobile devices like smartphones) did a decent job of closing the gap, and it looks like the Snapdragon 8cx Gen 2 5G, which Qualcomm promises “is designed to enable industry leading 5G PC experiences” will make Windows on Snapdragon devices even more appealing.

With more people than ever working from home, laptops that, in the words of Miguel Nunes, senior director of product management at Qualcomm, bring “the best of the smartphone to the PC” could prove to be a huge hit.

“Working remotely is the new reality,” Nunes states, “accelerating the need for always on, always connected PCs that are thin, light and truly mobile, equipped with blazing fast 5G cellular and Wi-Fi 6 connectivity, and coupled with multi-day battery-life to boost productivity.” 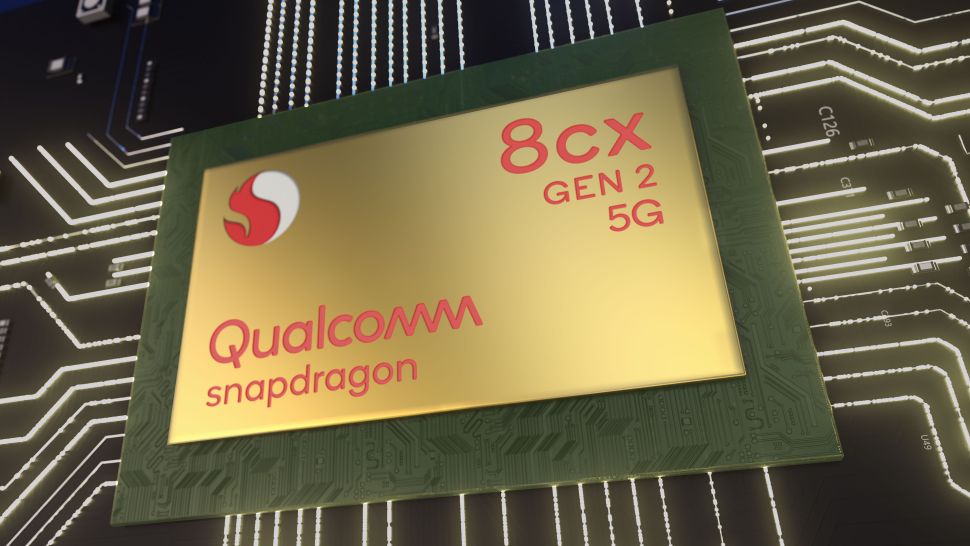 So, what kind of improvements can we expect? According to Qualcomm, the Snapdragon 8cx Gen 2 5G delivers over 50% greater system-wide performance and battery life compared to a comparable competitor. While Qualcomm is rather vague about what products it’s comparing with, it claims up to 18% better total system performance compared to a device with a 10th generation Intel Core i5 processor with 15W TDP.

According to Qualcomm, there’s also a 51% performance improvement over a ‘hybrid Core i5’ system with a 7W TDP – the same thermal design power as the 8cx Gen 2.

The Snapdragon 8cx Gen 2 also supports 5G connectivity with peak speeds of up to 7.5 Gbps.

Wi-Fi 6, the latest wireless networking standard, is also supported. It’s great to see the latest connectivity technology supported, and it should mean when you’re out and about (and in a location with 5G connectivity), you should get data speeds that rival or exceed most home broadband connections.

The audio and visual capabilities have also been improved, and laptops running on Snapdragon 8cx Gen 2 5G will benefit from Qualcomm Aqstic echo cancellation and noise suppression (ECNS) technology, which should make video calls and presentations using the built-in mic of the laptop much better.

New Snapdragon 8cx Gen 2 5G laptops will also be able to offer better webcams as well, with up to 4K HDR support. You’ll also be able to hook up two 4K monitors to a laptop using a single Type C cable and a dock.

Snapdragon 8cx Gen 2 5G also supports Microsoft Secured Core PC and Windows Hypervisor, and will “drive a new standard of security and manageability for enterprises, small businesses, and education,” according to Qualcomm.

As soon as they do, we’ll be calling them in to see just how much of an improvement Qualcomm’s new tech offers.