Patent applications by the big camera players always get people excited, as they give a glimpse of what tech and features may end up making it into a future release – and if two applications filed by Canon end up bearing fruit, we may be seeing wirelessly chargeable cameras and the return of its gone-but-not-forgotten eye-controlled focus feature before long.

Wireless charging has been making its way into smartphones for a good few years, but it’s still absent from conventional cameras. In fact, the only recent development in this area for cameras – and frankly, it’s not even that recent, just not quite universal yet – is the option to charge some models though their USB port as an alternative to using a dedicated battery charger.

But a patent, first spotted by Canon Watch and titled ‘Power transmission apparatus for wirelessly supplying power to power reception apparatus’, appears to show Canon looking at bringing this feature to its products.

Canon, of course, manufacturers many products other than cameras, and the patent itself doesn’t mention the words ‘cameras’, ‘mirrorless’, ‘forthcoming Canon EOS Rx’ or anything else as specific. Instead, it cites the apparatus in question as potentially being “imaging apparatus, a reproducing apparatus, or a communication apparatus such as a mobile phone or a smartphone”.

The eyes have it

Meanwhile a separate patent, this time spotted by Canon News, indicates that the company may be looking to resurrect its eye-controlled focusing feature from its film SLRs.

Eye-controlled autofocus was a feature Canon first introduced in its EOS A2E, also known as the EOS 5 and EOS5 QD, although it’s most commonly associated with the subsequent EOS 3, which boasted a more comprehensive 45-point AF system. 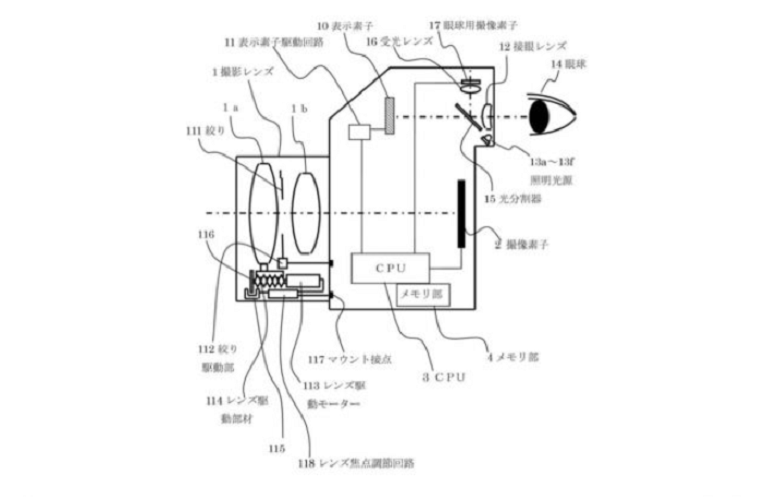 The system worked by detecting the rotation of the user’s eye, which was subsequently used to determine the user’s line of light, and thus where the camera should be focusing.

The feature hasn’t been a part of any recent Canon compacts, mirrorless cameras or DSLRs, despite many photographers clamoring for its return. But the system described in the patent is illustrated by a diagram that shows what appears to be a mirrorless camera, which gives us some indication as to where it may appear, if it surfaces at all.

That fact that these two patents exist only means so much right now, just as the patent for a viewfinder-less entry-level Nikon mirrorless camera may amount to nothing. But it’s reasonable to assume that wireless charging will make its way to a broader range of products in the future – and if eye-controlled autofocus also rears its head, it will no doubt make a lot of Canon users very happy.