Lenovo is continuing its expansion into new, unexpected categories outside of its PC business and today the company announced it’s launching a new AR-and-VR system targeted at businesses. It’s called ThinkReality, and from the looks and description of the device and platform, it looks like a competitor for Microsoft’s HoloLens. 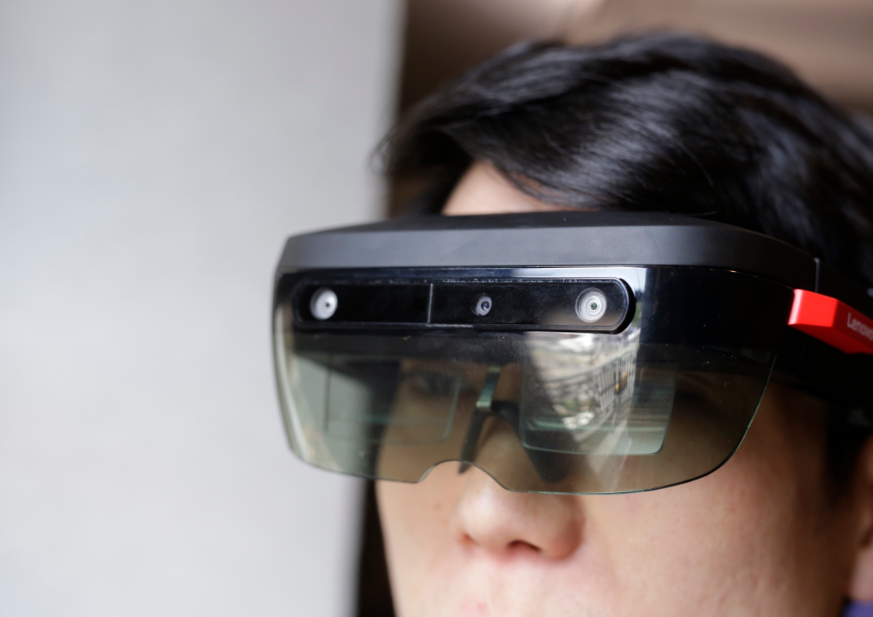 There are two parts to the new ThinkReality system — the AR headset and a software platform. The ThinkReality A6 is a comfortable 380-gram headset with two fisheye cameras on the front, as well as depth sensors and a 13-megapixel RGB sensor. There’s also microphones onboard for voice control, and the headset can also detect where you’re gazing to optimize resolution or navigation. You’ll also be able to interact with your virtual environments using an included 3DoF controller. Untethered, the A6 can last up to four hours with its 6,800mAh battery, and you can still use the device while it’s plugged in and charging.

The headset connects to an SSD-sized compute box that contains a Snapdragon 845 CPU running an Android-based platform. There’s also an Intel Movidius chips powering waveguide optics here, and each eye on the A6 offers a 40-degree diagonal field of view and 1080p resolution. By comparison, the HoloLens 2 uses a Snapdragon 850 CPU and packs two 2K MEMS displays. Microsoft also squeezes all the computing components into the headset rather than in a separate box like Lenovo does. While I’m not a fan of having to carry around an additional accessory to power a headset, this setup does make the ThinkReality A6 lighter, so it’s a compromise I’m willing to make.

You can wear the box on a belt clip or an armband, which should make it easy to move around when wearing this setup at work. Lenovo claims this is “one of the lightest fully featured AR headsets in its class,” and during a brief trial with a non-working model, I certainly found the A6 lightweight. 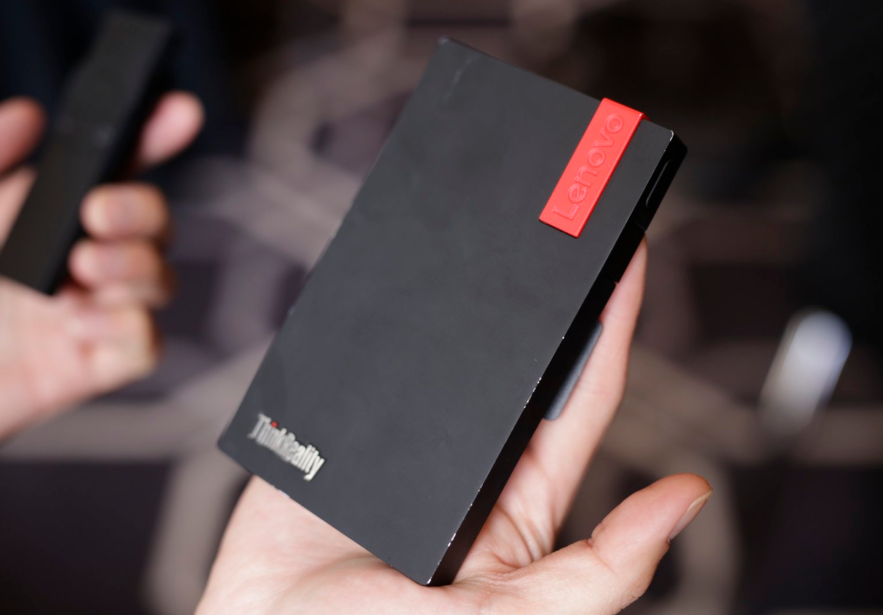 What makes the ThinkReality more than just a HoloLens wannabe is the software platform that Lenovo is launching alongside. A company spokesperson told Engadget that “the intention behind the software is to provide enterprises with the ability to create their own AR apps for situations like training or streamlining workflows in environments.” But it also wanted to leave the choice of OS up to businesses, rather than tie them to, say, Lenovo’s own proprietary system or Microsoft’s platform.

With the ThinkReality platform, users can “pin, interact and collaborate with 3D digital information in the real world,” according to the company. The platform will be open and “cloud agnostic,” meaning it will work with things like Amazon Web Services as well as Microsoft Azure. It’ll also be device-agnostic; you won’t have to buy Lenovo’s own headset to use the software, you can hook up your own Oculus Rift if you wish.

Today, there isn’t a truly open headset ecosystem that plays nicely with all the different software used across businesses yet. Microsoft hinted that it wanted its platform to be “open” when it launched the HoloLens 2, including features like open app stores and open web browsing models, aiming to “transition from walled gardens to a communal garden.” But so far, that hasn’t been done. It’s smart for Lenovo to not try and come up with a new option on its own, though whether it can compete against Microsoft is tough to predict. The company hasn’t shared how much the A6 will cost when it launches later this year, but businesses that have early enterprise accounts with Lenovo can already reach out to get set up with ThinkReality.