Google Pixel smartwatch could launch with an innovative gesture feature

We’ve been holding out for a Google Pixel Watch for a long time, and while there’s no new news on if or when it will land, we do have an idea of what might be its headline feature if and when it does, as Google has patented a gesture control system for smartwatches.

Filed with the U.S. Patent Office and spotted by Patently Apple, the patent, which was published in mid-May, details a system that uses an optical sensor in the body of a smartwatch to detect gestures made with a wearer’s fingers, wrist or arm.

The gestures would need to be carried out using the hand or arm that the smartwatch is worn on, and include things such as making a fist to launch a feature (such as Google Assistant or dictation software) and then opening the fist to dismiss the feature. 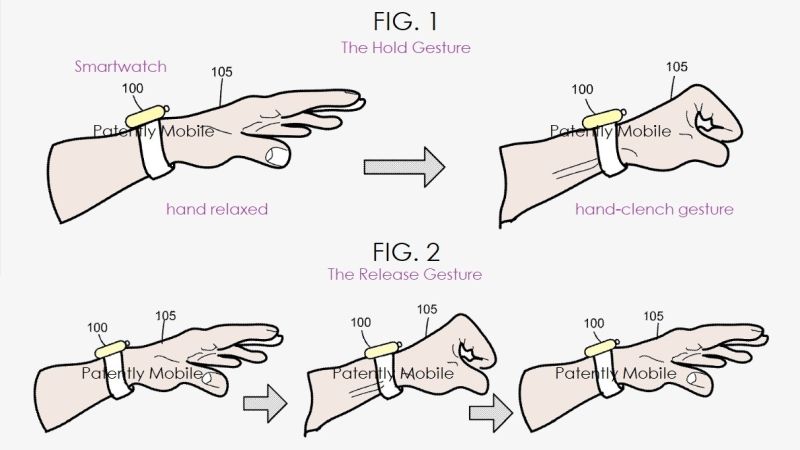 Another gesture shown is tapping one or more fingers against your thumb, with a different number of taps allowing for different features to trigger. You could imagine for example a single tap pausing your music, while a double tap skips track.

The optical sensor powering this system is designed to be small and power-efficient, and should theoretically work well however you wear your smartwatch – even if for example you wear it high up on your arm.

There are a few things to note though. Firstly, we see a whole lot of patents and many of them never get beyond that stage, so there’s no guarantee this gesture feature will ever make it into a smartwatch.

And if it does, there’s no guarantee it will be featured in the Google Pixel Watch. Rather, Google might open it up to other companies making Wear OS smartwatches.

But it would make sense as a Pixel Watch feature, given that one of the big features of the Google Pixel 4 is Motion Sense – itself a gesture system, albeit a slightly different one, which sees you make gestures in the air above your phone.