At a London event, Fujifilm took the wraps off of the much-leaked X100V, and it packs more power than ever into that famously compact form. It’s equipped with the 26.1-megapixel backside illuminated X-Trans 4 CMOS sensor (used in the X-T3 and X-Pro3), along with the latest X-Processor 4, boosting shooting speed, resolution and low-light capability. That’s ideal for the street photographers who love this series, but with new video and other powers, it’s much more versatile than ever. 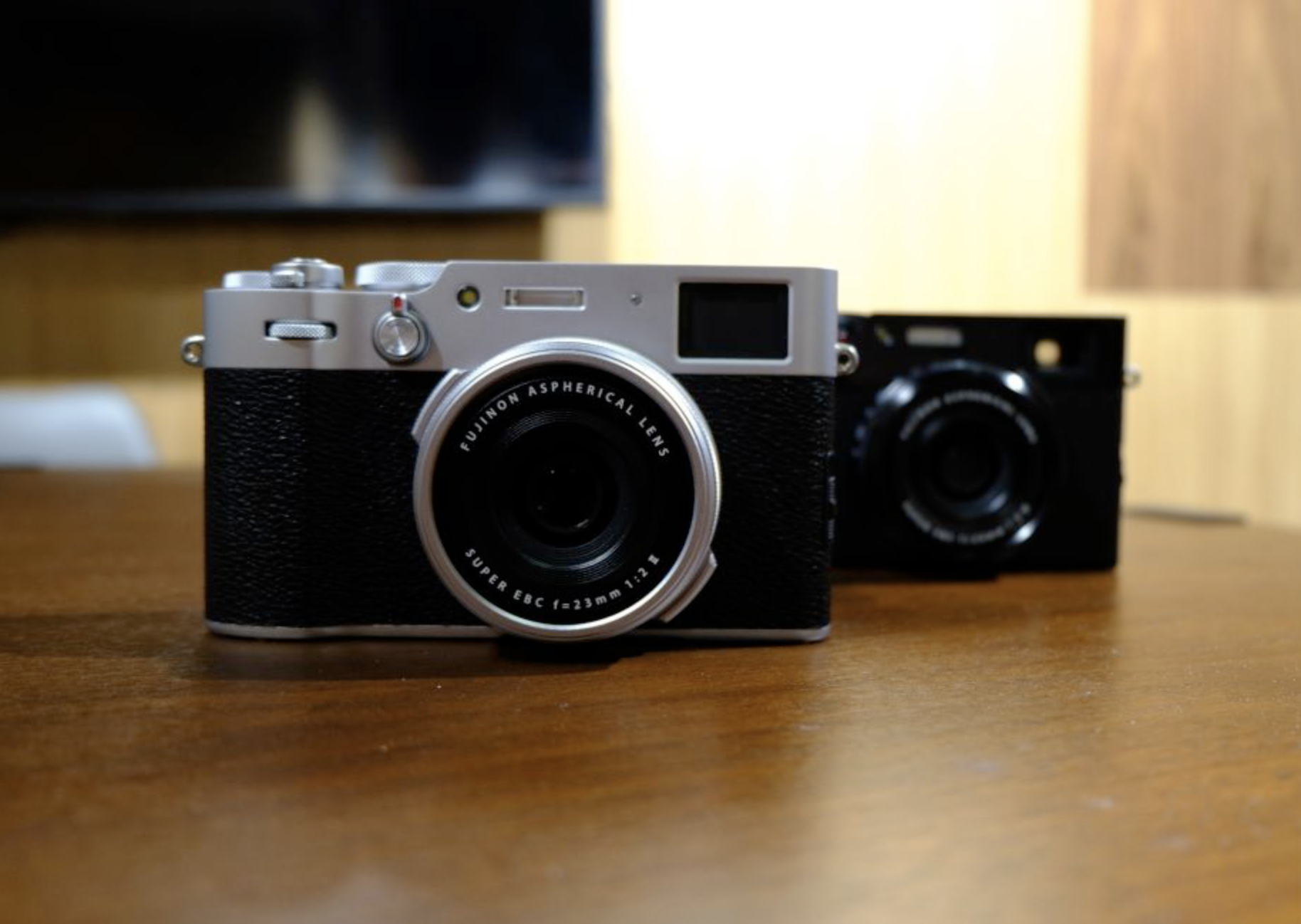 Thanks to the new sensor and processor, the X100V can shoot at around 11 fps with continuous AF enabled (20 fps in electronic shutter mode), compared to 8 fps for the last model. At the same time, it brings over the 429-point hybrid phase- and contrast-detect AF system from the X-T3 and X-Pro3. That also means you get face and eye detection and other subject tracking features the X100F lacked (and that are so handy on a street photography camera). 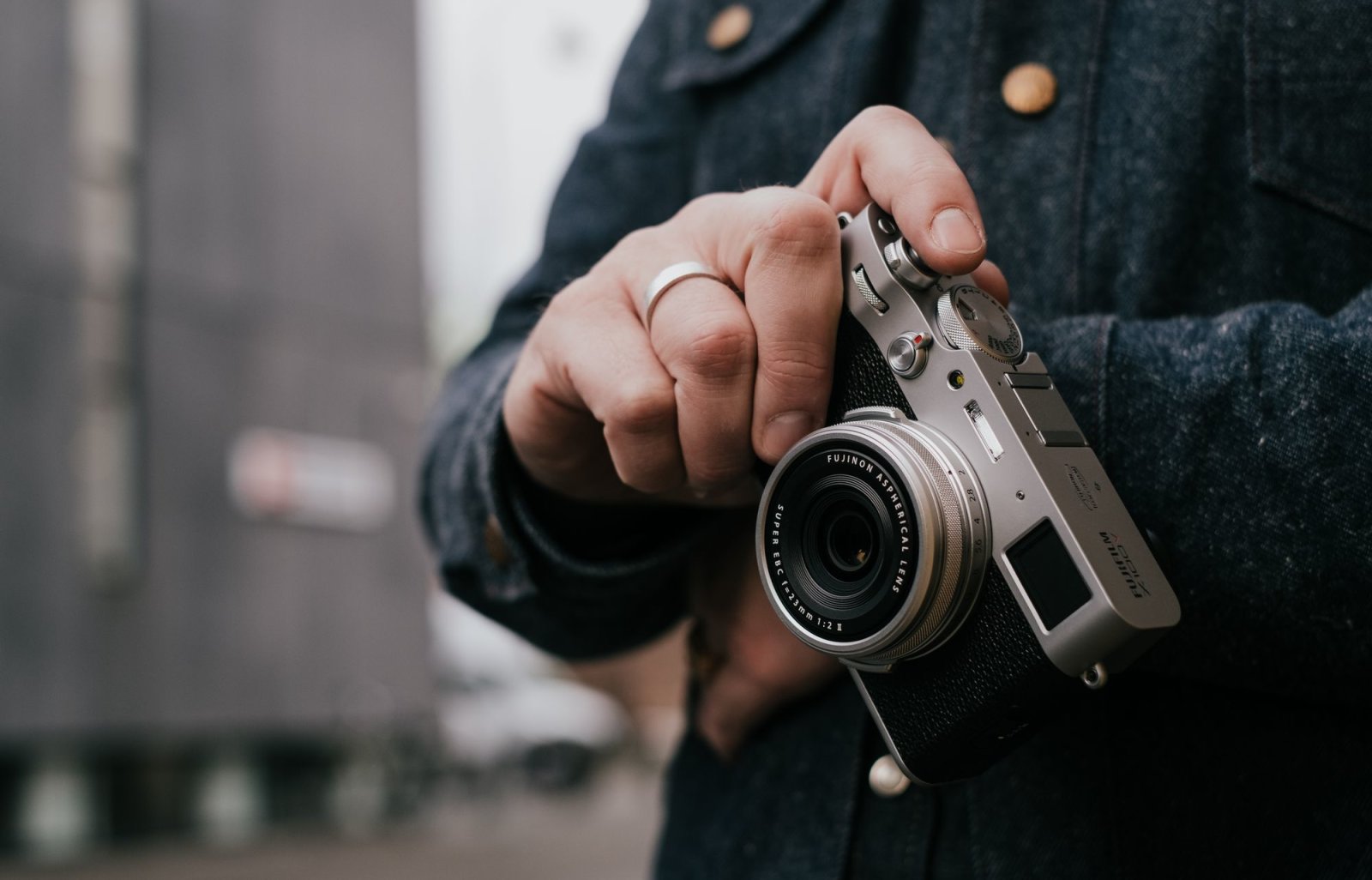 Perhaps the greatest boon for street photographers is the new two-way articulating display. It’s the same as the one on the X-T3, letting you tilt the screen up and sideways so that you can shoot from the hip both in portrait or landscape mode. (It’s hard to believe that the X100F lacked that feature, but then again, it didn’t seem to detract from that model’s popularity.) It also has a higher resolution 1.62 million dot display, compared to 1.04 million dots on the X100F. 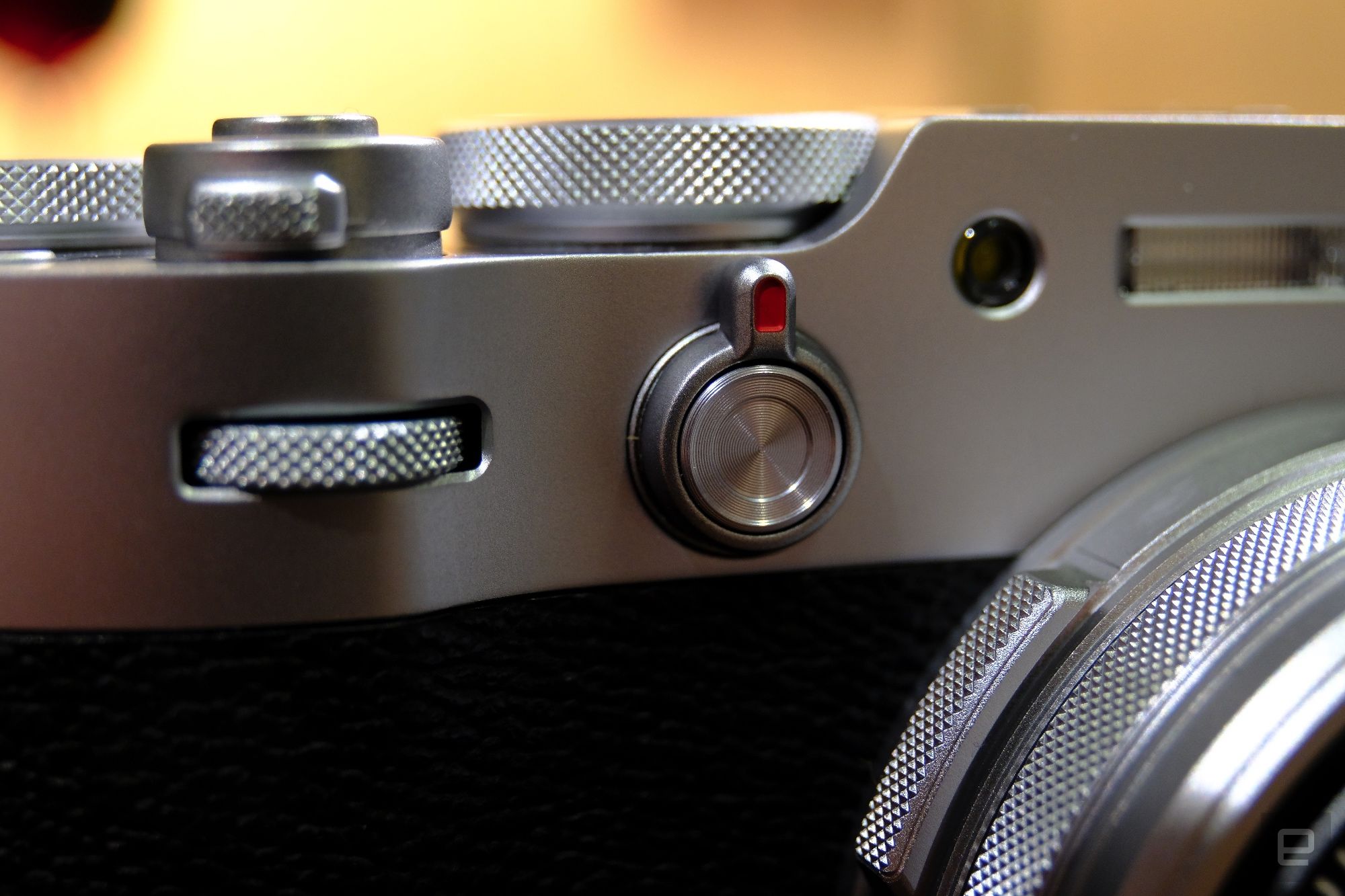 Fujifilm has also improved the hybrid viewfinder a bit. The optical rangefinder-style viewfinder still has a 0.52 magnification factor, but now covers a bit more of the frame. You still get EVF picture-in-picture and an electronic overlay that shows focus peaking, shooting data and more. The biggest improvement is with the EVF, which is now a higher-resolution 3.69 million dot OLED, compared to 2.36 million dots before. Compared to the older X100, it’s substantially easier to read and utilize. 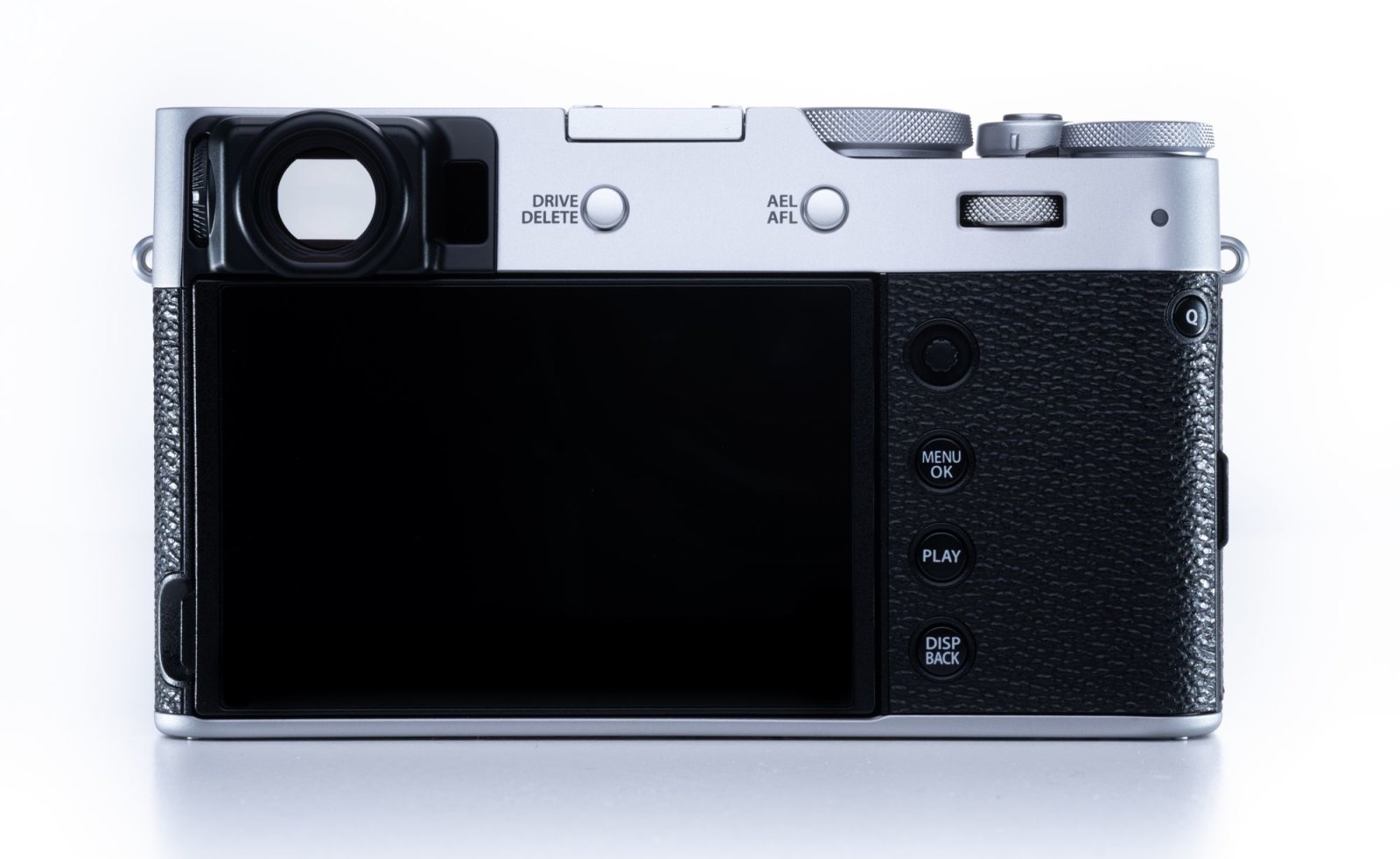 The X100V now has 17 film simulations, two more than before, including Eterna and Classic Negative. Up until now, the latter has been exclusive to the X-Pro3. All the simulations work in both photo and video mode. That’s a repeating feature here: the X100V has packaged a lot of the most attractive Fujifilm features and put it into a lighter, more petite frame.

Such as, the X100V’s pretty stunning video powers — especially for a compact camera. It can not only shoot 4K at up to 30 fps, but do it with 10-bits of color via the external HDMI port. I’m not sure who would be using a camera like this to capture 4K in such detail, but it’s nice to know you can. If you need slow-mo, 1080p is available at up to 120 fps.

Fujifilm has cleaned up the design on the X100V, killing off the D-pad and leaving just a joystick for focus point and menu control. While fewer controls might seem bad, I found that the X-Pro3’s simplified layout made it easier to use. The new model gains a USB-C 3.1 port, which should make data transfers quicker. Battery life also rises to 350 shots compared to 270 with the EVF, or 420/390 using the OVF. The single-slot storage, alas, only supports slower UHS-1 type cards, which might limit the number of shots you can take in a burst. 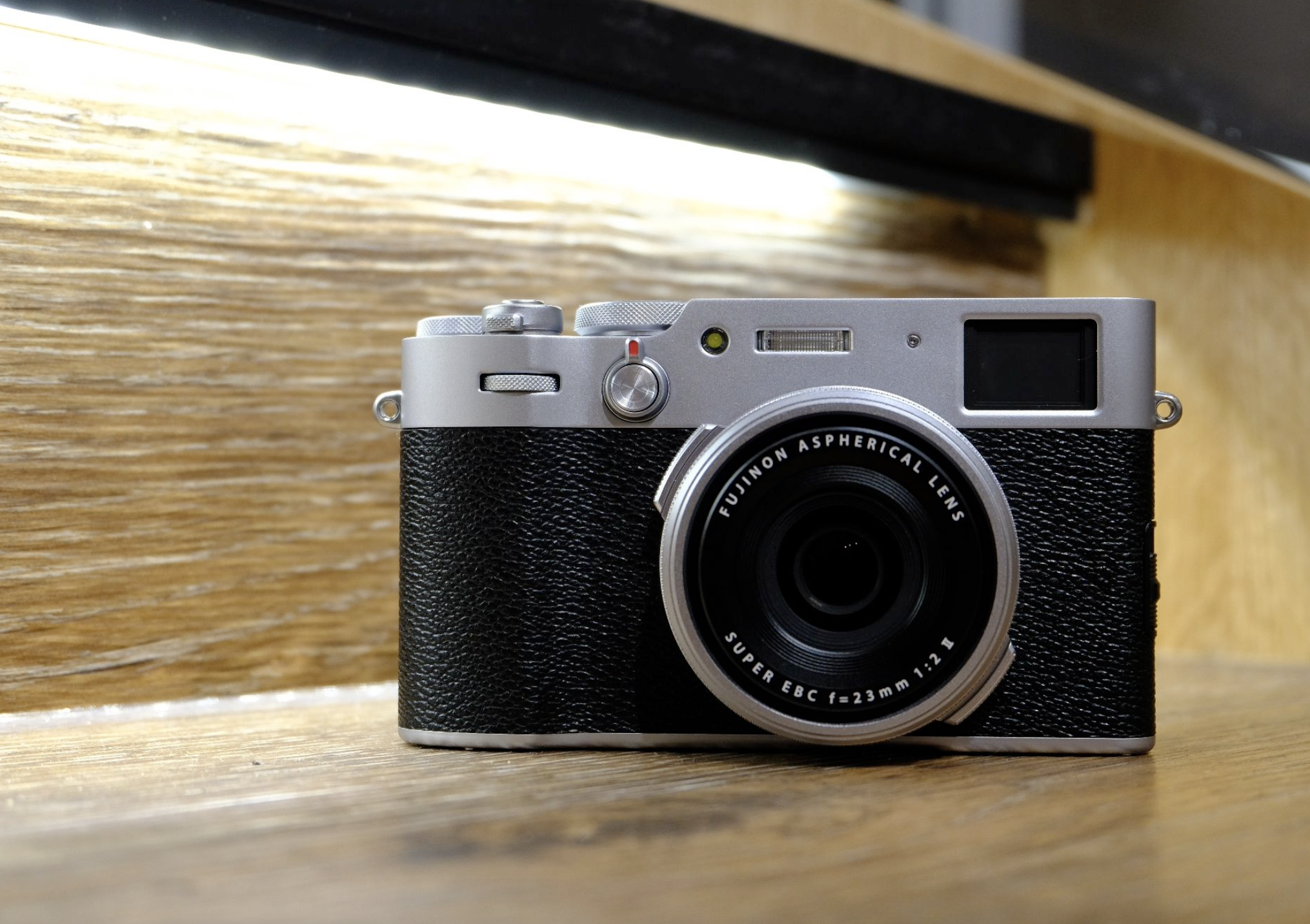 If you’re used to Fujifilm cameras, you won’t find it too difficult to adjust to this streamlined setup. Compare it to the XT series, and you may miss some of the shortcuts — I did. There are several options to customize inputs and get you up to speed… you’ll just have to sort it out yourself. The joystick is a definitive improvement, in my opinion, and if you’re coming from other (heavier) Fujifilm cameras, you’ll understand the appeal as soon as you handle one.

The X100V is expensive for a compact, but Fujifilm has certainly increased the value over the last model with numerous improvements. The silver model will arrive in late February 2020 for $1,400, with the all-black version scheduled to drop in March for the same price. Fujifilm says there are currently “no plans” to repeat the X100F’s brown colorway for the X100V.