Fujifilm has announced it is discontinuing production of its Pro 400H color negative film in both 35mm and 120 formats.

In a notice posted on the Pro 400H product page, Fujifilm says the ‘unique’ film is being discontinued due to issues with ‘procur[ing] the raw materials needed to produce Pro 400H film.’ It reads, in part:

‘FUJIFILM PRO 400H film is a unique product that is coated with a fourth layer – requiring specialized raw materials and chemicals. As it has become increasingly difficult to procure the raw materials needed to produce PRO 400H, we regret to inform you that after careful consideration, Fujifilm has made the difficult business decision to discontinue PRO 400H.’ 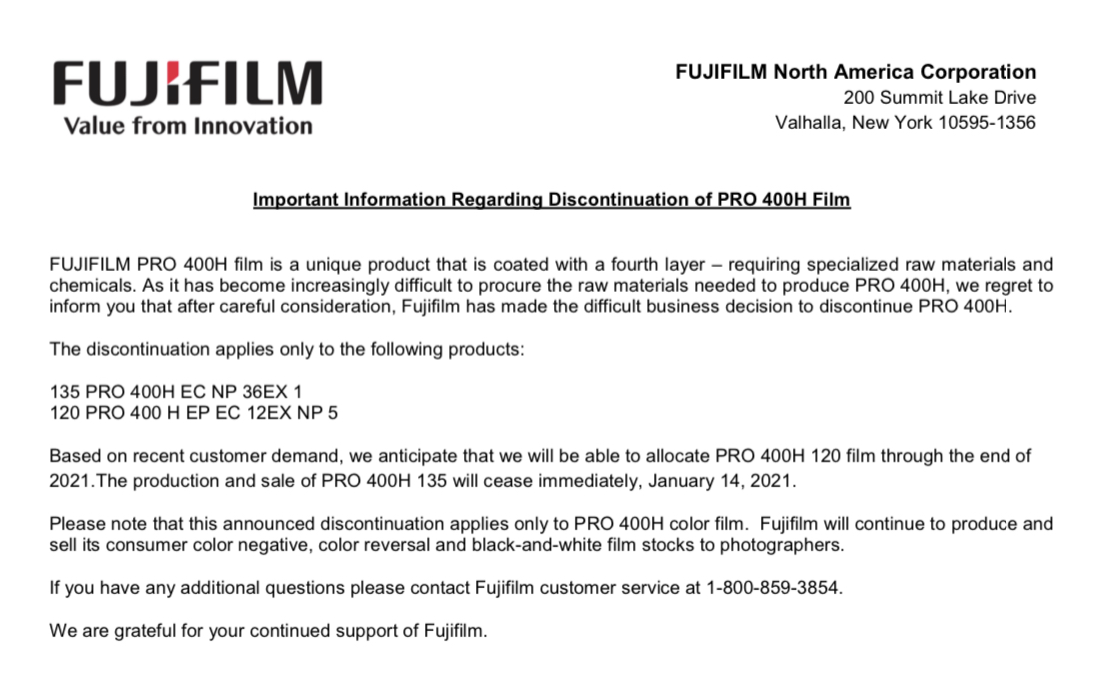 Fujifilm says it expects to be able to allocate stock of Pro 400H in the 120 format to last through the end of 2021, but the 35mm format has ceased production and sales as of January 14, 2021. As of publishing this, Adorama, Amazon and B&H all have various amounts of Pro 400H available in 35mm and 120 formats, but it’s safe to assume it will run out quickly.