Okay, the Vantrue N1 Pro by its lonesome is only an $80 dash cam. A very nice dash cam. But as we recommend GPS for legal and travel log reasons, I’m going to talk about it as if the $22 optional GPS mount were part of the deal. If you’re smart, it will be. That brings us to $102.

Either way, this tiny unit is our new favorite low-cost dash cam. Great basics, compact installation, a real battery, and excellent video captures will do that for you.

The N1 Pro is even smaller than Garmin’s 45/55/65W series dash cams. The display is a relatively tiny 1.5 inches, but it’s color and it’s sharp. I’m pretty sensitive about readability, and I have no issues with it. Okay, you may have to remove the suction mount, or detach the camera from the mount for the initial settings, but it’s not a big deal. And being small, the N1 Pro can nearly disappear behind a rear view mirror should you so desire.

The N1 Pro’s interface is clean and simple, and is controlled by the very common four-button panel directly to the side of the display. On the right side of the camera are the SD card slot and micro USB port (for power and data connection) that is used if you don’t have the GPS mount. On top you’ll find the happy-snap (take photo)/emergency save/parking mode button. On the bottom are a reset button and HDMI output for viewing videos directly on a display.

The camera uses a Sony EXMOR IMX323 sensor, offers a wide 160-degree field of view, and captures 1080p video at 30 frames per second. 1080p/30fps is generally what we recommend as the best compromise between detail and file size. We have seen some newer cameras that have the optics to take advantage of greater video resolutions, but nothing anywhere near the $100 price point we’re talking about here. 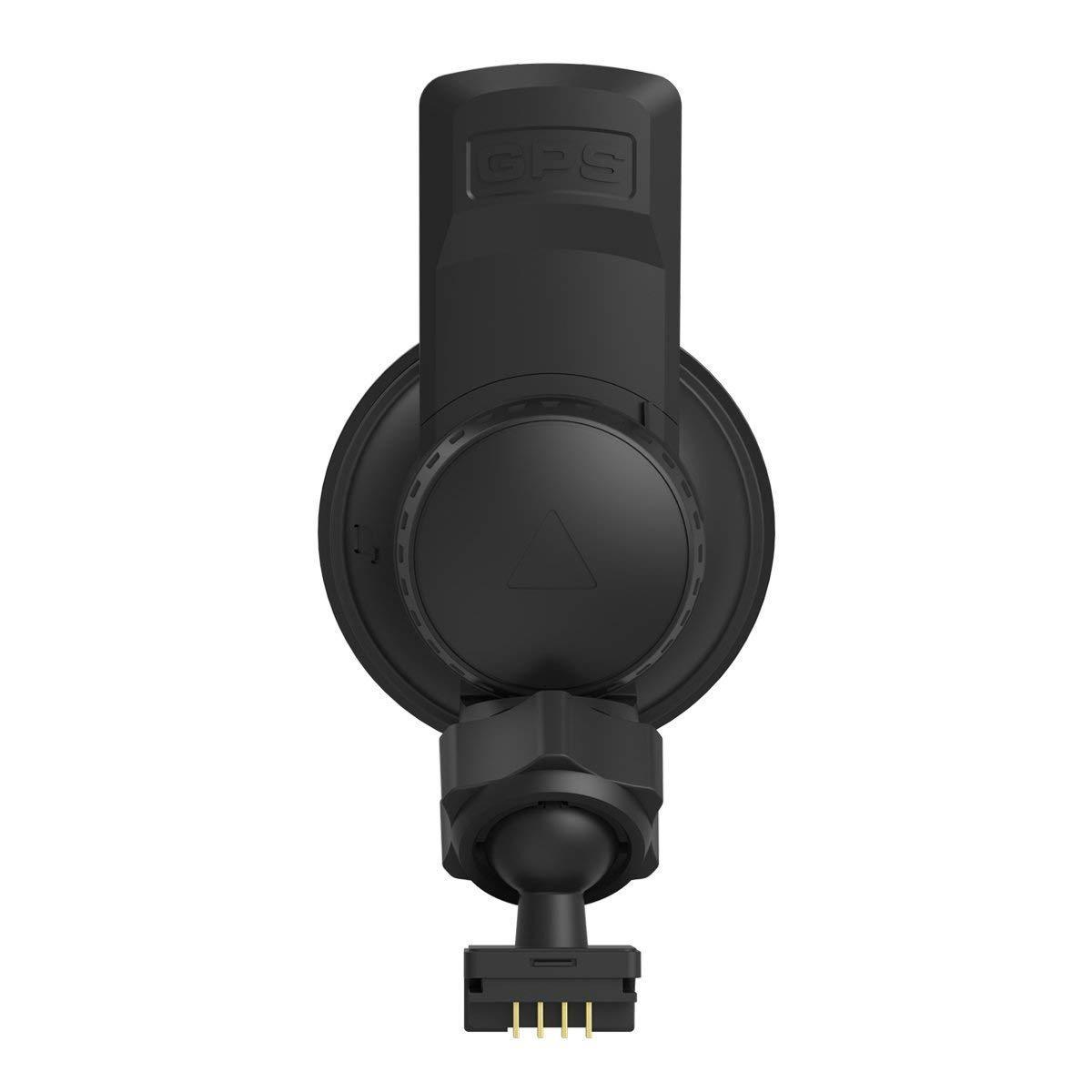 We tested the GPS mount, which is of the suction variety. When you use this mount, the mini-USB power cable is connected to it, not the camera, and power is passed through the mount. To increase the suction, you twist, or spin the portion of the mount that the cable attaches to. It’s slightly awkward, but pretty clever. “Locking” suction cups are now the thing with dash cams, and they work quite a bit better than those from only a year or two ago.

Note that you have to specifically enable the GPS on the camera; it isn’t automatically enabled.

Vantrue warranties the N1 Pro for 18 months, and rates the camera for operation from minus 4 Fahrenheit to 158 degrees Fahrenheit. We sincerely hope it never gets that hot inside your car.

The N1 Pro doesn’t have bad driver tech. If that’s what you’re looking for, look elsewhere–and consider taking mass transit for all our sakes.

The N1 Pro’s video captures are more than adequate for legal purposes, and look nice enough that you won’t mind posting them as part of your travelogs in lieu of your cell phone. To that end, you can remove the SD card, or connect directly to a USB port.

There’s some mild fish-eye, but that’s just par for the course with a wide-angle lens. For the most part day and night driving captures are some of the best that we’ve seen, and low-light is also quite good. 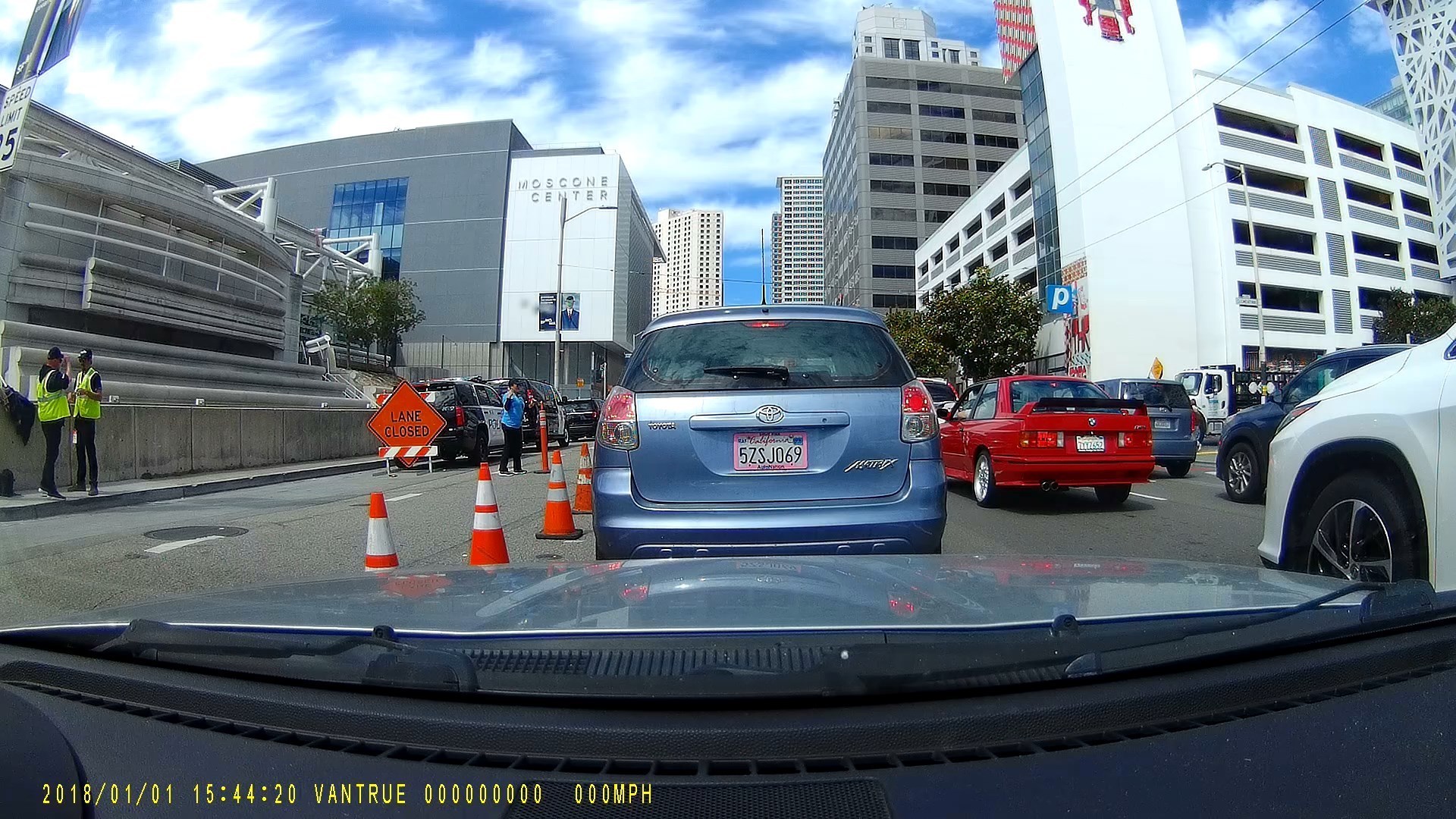 As you can see in the image above, color is very, very good, and there is some fish-eye effect due to the wide-angle 160 degree optics. In the low-light capture shown below, a great deal of the surroundings are visible, so the the N1 Pro is a good camera for night surveillance. The night time headlight video (not shown) is a detailed as the daytime where the headlights are in play, though the camera is a tiny bit prone to headlight flare. That’s par for the course. 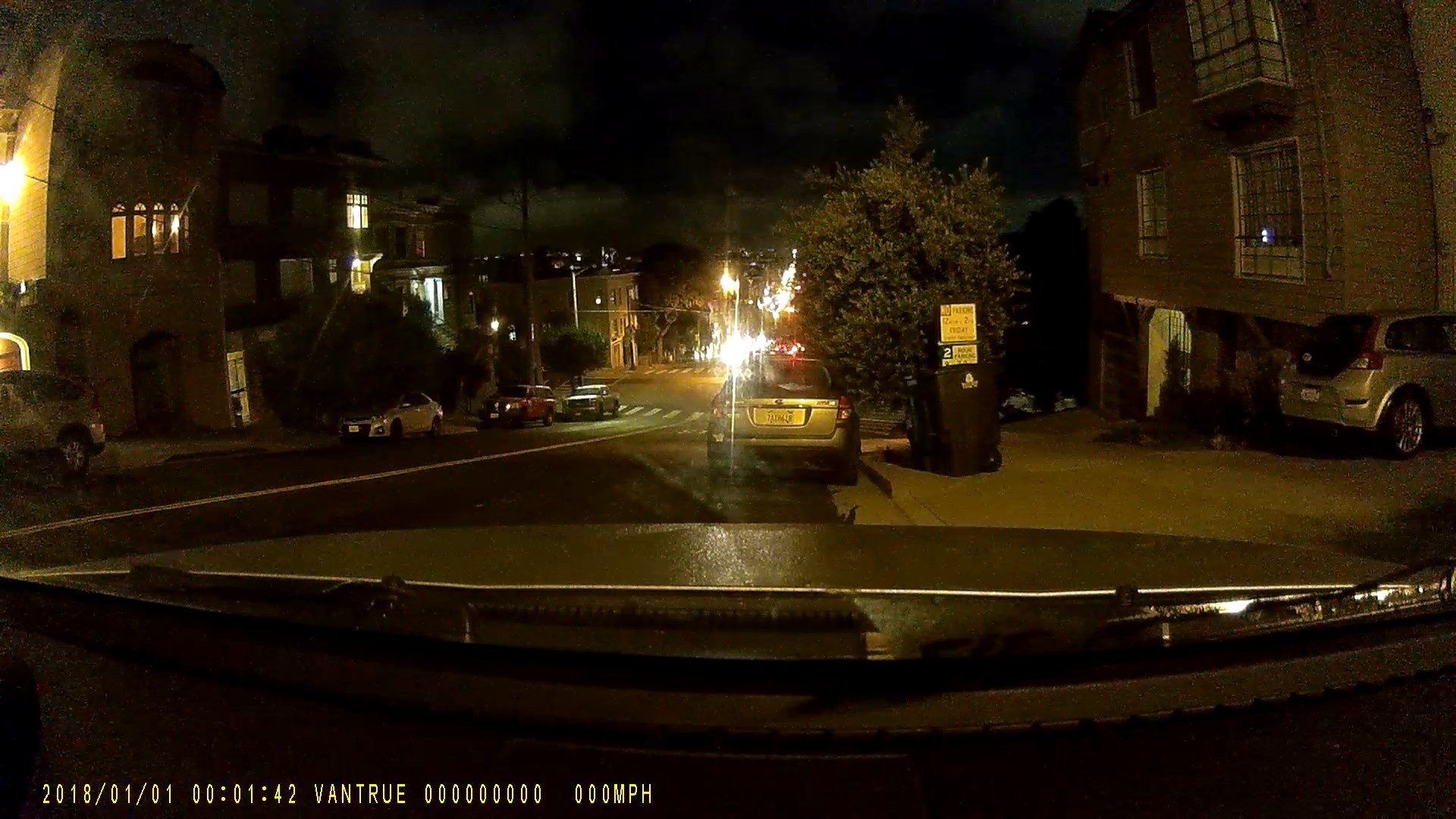 Overall, for a $102 setup, the N1 Pro takes very good video. All of it usable. The default run time for the 130mAh battery is long enough that you’ll be able to capture events for at least ten seconds after the initial incident, should your 12-volt be damaged.

Too many cameras, even ones costing considerably more, are using “super-capacitors” to extend the dash cam’s power when it loses its connection. That sounds sexy, and can be great, given adequate capacity. But most last just long enough to save a file and won’t power video capture after a 12-volt failure. If a truck just smashed your front end and took out your battery, you may never get the license plate with a weak super-capacitor camera.

The N1 Pro is compact, light, relatively inexpensive, takes good video under all conditions, and has a real battery to keep running if the 12-volt fails. It’s got all the basic functionality a dash cam should have. I’d prefer if the up/down buttons were next to each other rather than separated by the okay button, but if that’s all I’m complaining about, you know it’s a good product.

Small, easy to use, and with absolutely sterling day and night captures, this is one of, if not the best budget dash cams we’ve tested. It even has a real battery to capture events if the 12-volt is interrupted. Great stuff, but spend the extra $22 for the GPS mount. You’ll thank us in the long run.