Lens manufacturer Samyang has introduced a new wideangle lens to its VDSLR MK2 full frame cine series in the shape of the 14mm T3.1 VDSLR MK2. This brings to series to five lenses in total and takes the focal ranges covered to 14mm, 24mm, 35mm, 50mm and 85mm.

Like the other lenses in MK2 series the 14mm offers weather-proofing, a 9-bladed iris as well as distance and aperture scales on the side of the barrel. It differs though in its widest aperture of T3.1, as all the other lenses are a little faster at T1.5. It will come in a choice of seven mounts including Canon EF, Canon RF, Canon M, Fujifilm X, Micro Four Thirds, Nikon F and Sony E. 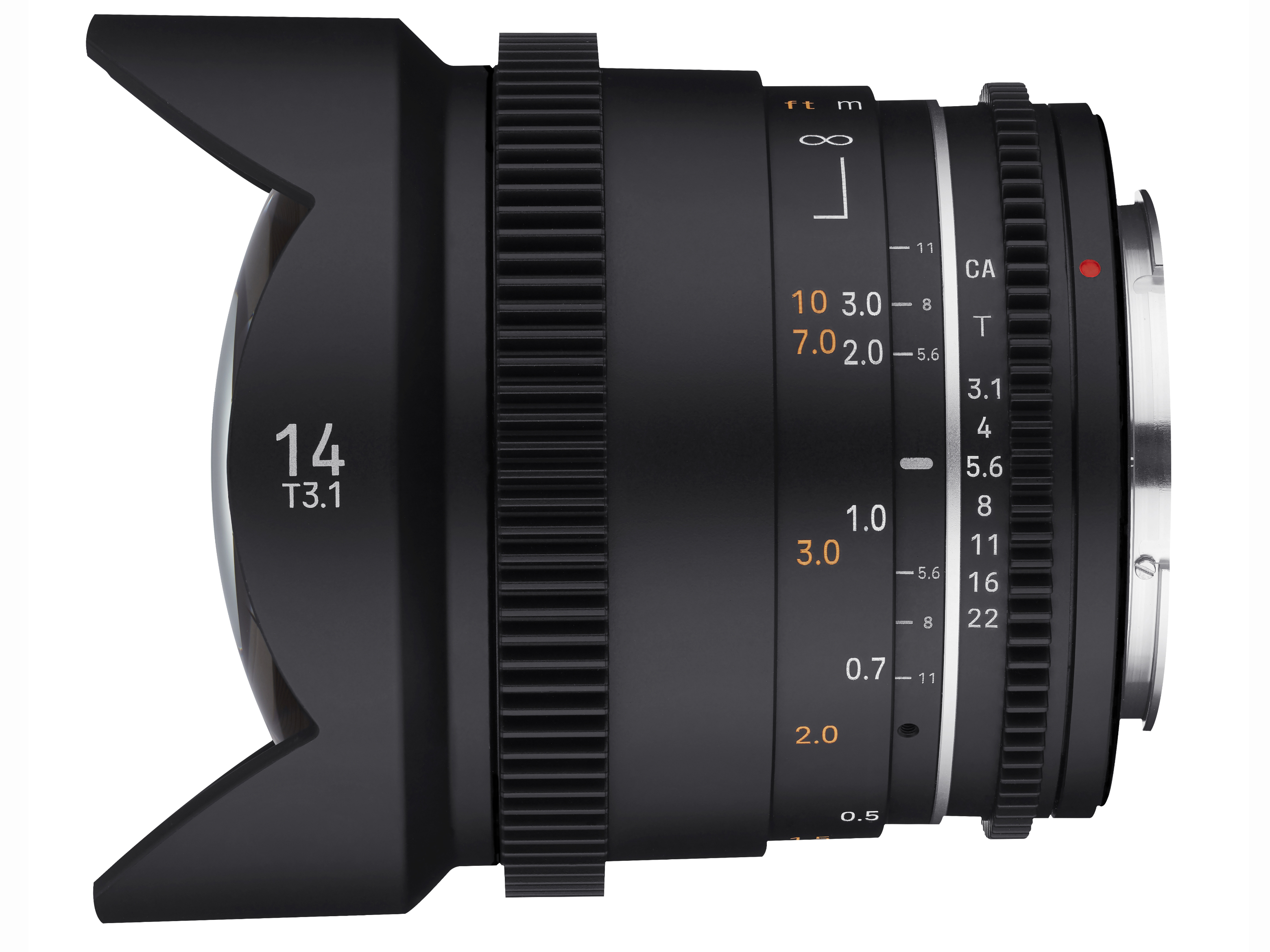 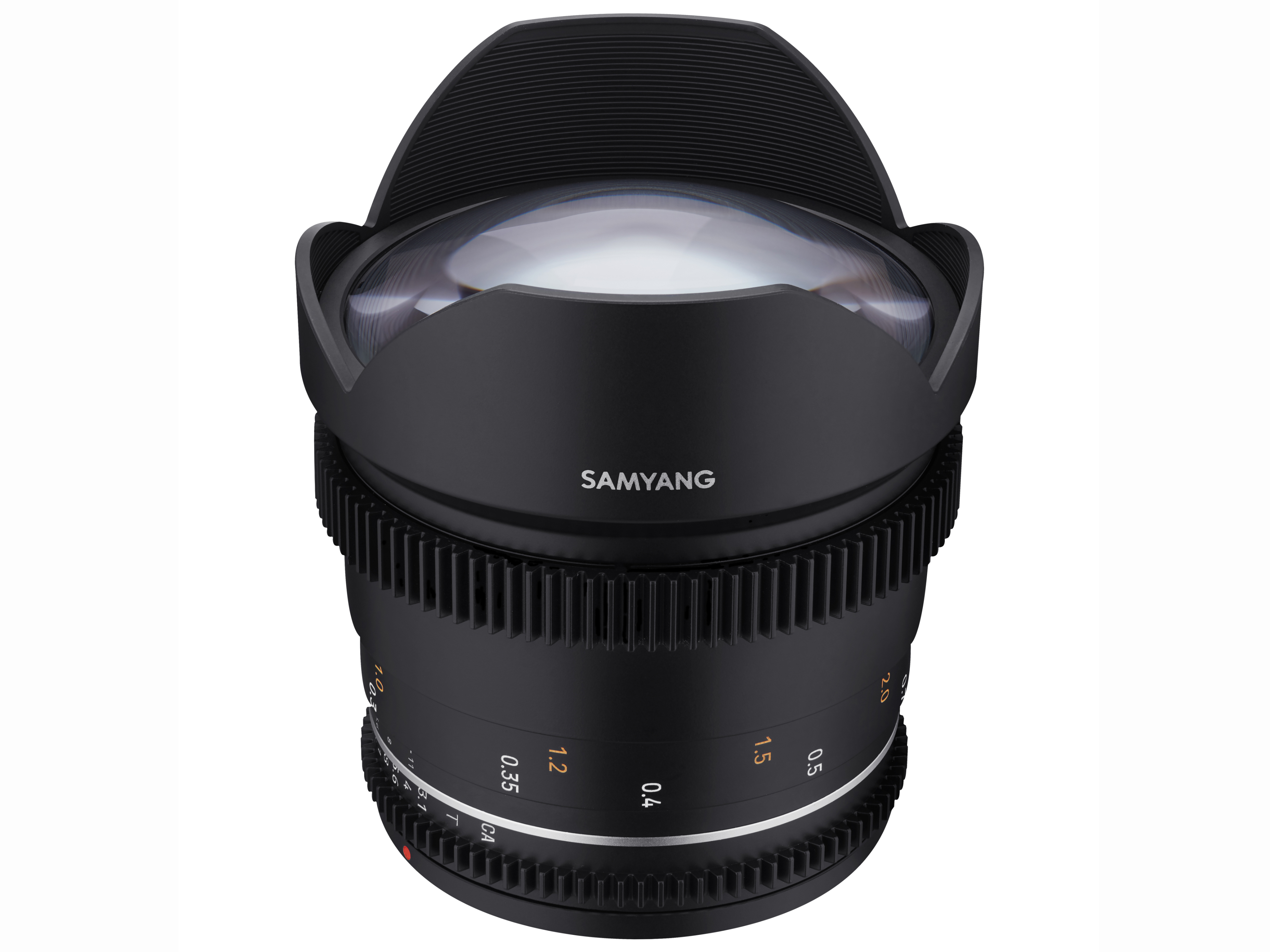 Weighing 650g and measuring 9.6cm long, the lens features the same geared focus and aperture rings as the other lenses – which are all positioned in the same place – and the same focus throw of 130 degrees. 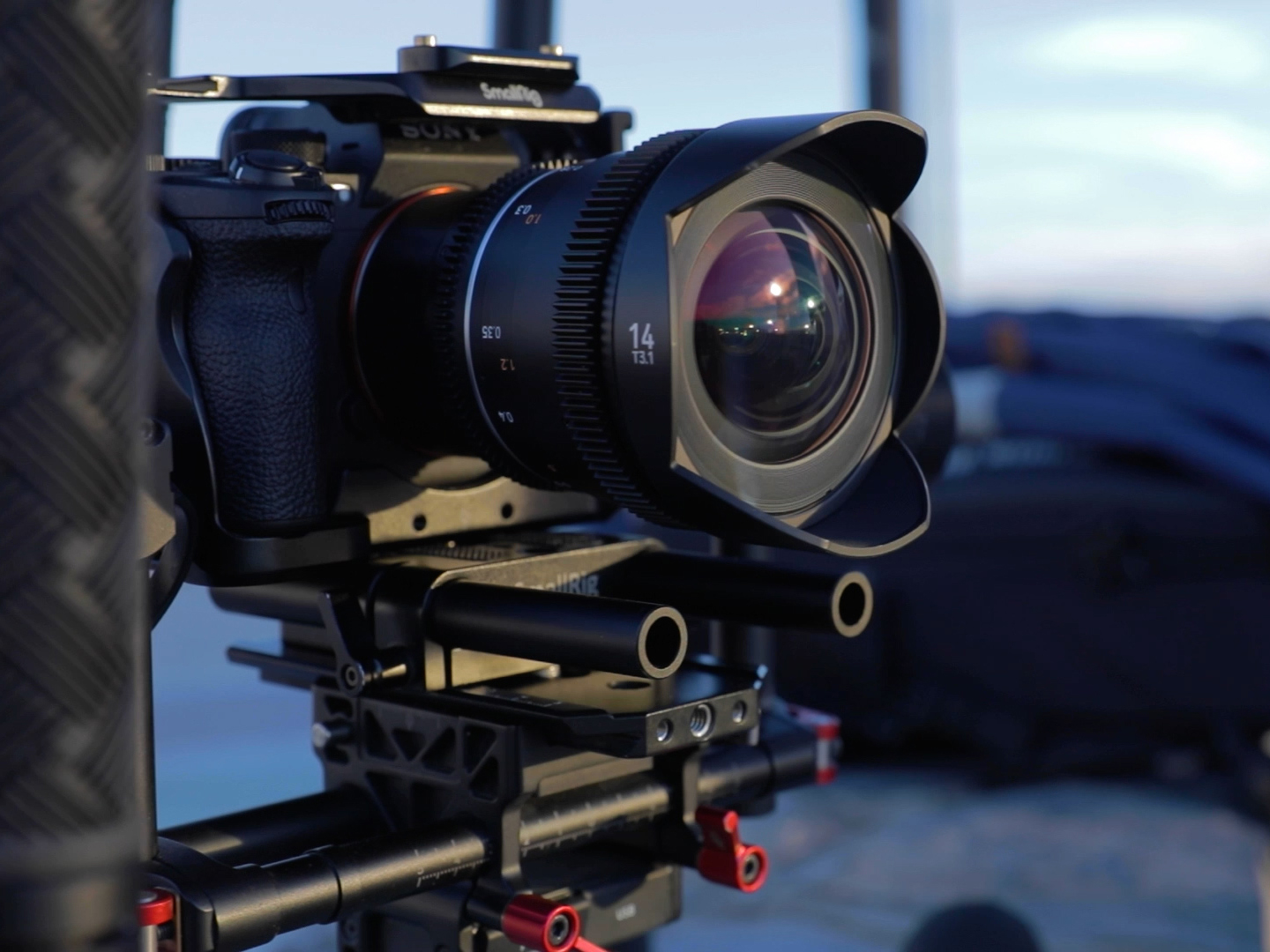 Inheriting the acclaimed image quality of the original Samyang VDSLR series, the updated MK2 range was developed to be the foundation cine lens set for filmmakers. Samyang pioneered the compact, entry-point cine lens lineup by launching its original VDSLR range back in 2014. Since then, it has become a staple, go-to set for independent filmmakers and low-budget project directors, to broaden their horizons of creativity. During the following 6 years, Samyang experienced the market and introduced the updated VDSLR MK2 series in response, adding useful new features.

The compact size of Samyang’s VDSLR lenses makes them perfect for hand-held and gimbal shooting. The new VDSLR 14mm T3.1 MK2 is only 9.6cm long and weighs just 650.2g (the 50mm T1.5 MK2 announced in August is even smaller at 7.47cm long and 525.8g in weight). In contrast to their compact size, the VDSLR MK2 lenses cover full-frame sensors (36x24mm) and are ready for the high-quality video making environment.

Most Popular Focal Lengths and Available in 7 Camera Mounts

The VDSLR MK2 range now includes 5 focal lengths: 14mm, 24mm, 35mm, 50mm and 85mm. These are the essential focal lengths for any creative or commercial projects. All 5 lenses are available and fully compatible with 7 camera mounts: Canon EF, Sony E, Canon RF, Nikon F, Canon M, Fuji X and MFT. They are suitable for both DSLR and mirrorless systems and ready to support all types of filmmakers around the globe. Of special note is that the full set of 5 VDSLR MK2 lenses now fully support the latest Canon RF mount and are equipped with rear filter holders

Samyang, known as the ‘Master of Wide Angles’, created the 14mm using 4 types of special lens elements. An Aspherical element is used to reduce spherical and optical aberration, producing clear and vibrant images. Furthermore, there are 3 High-Refractive, 1 Hybrid Aspherical and 2 Extra-low Dispersion elements in the compact body, which work together to deliver high-quality images.

Even though VDSLR MK2 series are compact in size, they are fully-featured with de-clicked aperture rings and focus gear rings. The long focus throw of over 130° enables cinematographers to focus precisely on their subjects, creating a more professional feel to video footage than with autofocus photo lenses.

For independent filmmakers, a versatile lens saves time and budget. The Samyang VDSLR MK2 series has fast, T1.5 apertures across the 24mm, 35mm, 50mm and 85mm focal lengths, the 14mm is still fast at T3.1. This supports filmmakers, allowing them to concentrate more on the scene and creativity, without having to concern themselves about image quality, even in low-light situations. Also, the shallow depth of field available effectively blurs out the background and highlights the subject, adding depth to the story.

The new VDSLR MK2 series includes a weather-sealing feature to protect the most vulnerable gap between the lens and camera mount, to prevent dust, light rain and snow from penetrating. It provides the ability to capture stunning images in less than perfect conditions.

The VDSLR MK2 series has been updated with 9 aperture blades across all 5 focal lengths, providing unified, smooth and circular bokeh. It adds a three dimensional quality and pleasing out- of-focus effects. 18-ray starburst highlights can also be created by stopping down to small apertures.

The Samyang VDSLR MK2 models have a sleek new design: The black and matte finish boosts usability and professionalism on the set. They are lightweight, but sturdy and fully equipped for innumerable projects. Focus distance scales are visible on both sides of the lens bodies, as are the focal lengths. These features support focus pullers and assistant cinematographers to operate more intuitively.