Padlocks have always been pretty straightforward, haven’t they? Simply lock one up and keep its key in a safe place so you can open it up again. Not much more to it, is there?

Actually, there are a number of ways in which padlocks can evolve in order to provide expanded functionality and ease of use.

For starters, you have to get new physical keys made and distributed if more than one person (i.e. a friend, housemate or family member) needs to access what’s behind the lock.

You also have to keep a key on you or nearby in order to unlock it regularly, and really, who needs or wants another key to carry around?

Personally, every time I want to leave through the back door of my house, I have to walk inside, find the key to the back gate, walk back outside, unlock the padlock, walk inside and put the key away again, then come back out in order to pass through it. That’s a whole lot of back-and-forth to achieve an extremely simple task. 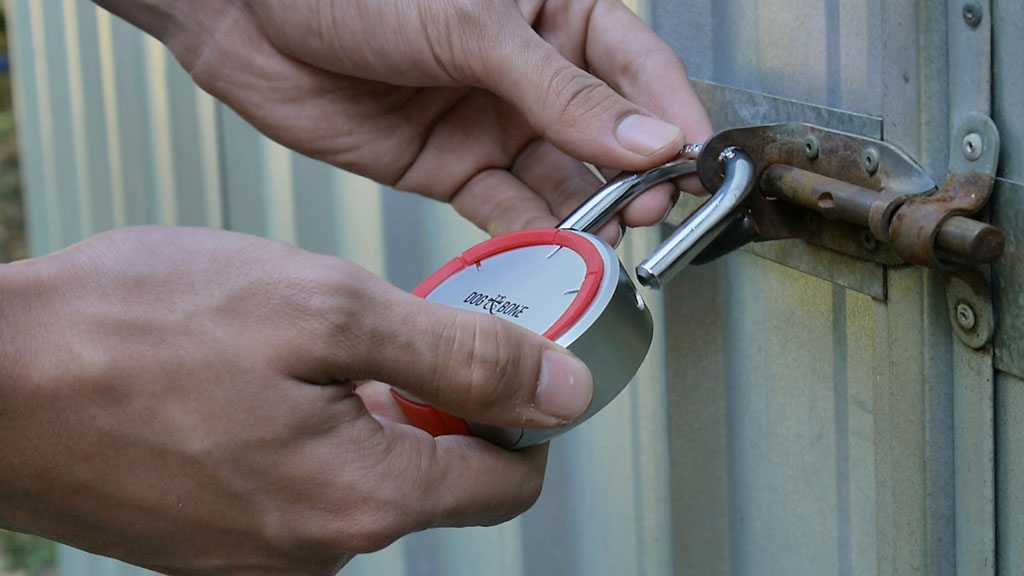 With the rising popularity of smart home accessories that apply wireless functionality to relatively mundane items, it makes sense that a padlock would be next.

With that in mind, the idea of keyless Bluetooth padlock that I can unlock with my phone (which is on me almost always) starts to seem like a perfect solution to all of my first world problems.

Dog & Bone has created exactly that with its LockSmart Bluetooth Keyless Padlock, and it’s managed to do so with only a couple of minor downsides.

Having spent the holiday season with the LockSmart padlock, we’ve put the device through its paces to see if the added convenience is worth the cost (AU$130/US$90/£63). Will it change the way you look at padlocks forever? It just might…

As you’d expect, Dog & Bone’s LockSmart is a hefty piece of kit, with the kind of weighty, solid build that you’d want from something that keeps your possessions safe.

Red rubber bumpers on the front and back of the padlock provide some protection for your belongings while also giving the LockSmart a bit of added style (surely one of the most important factors in deciding which padlock to purchase). The LockSmart is also weather-proof, so leaving it out in the rain, hail, or extreme cold is no issue. 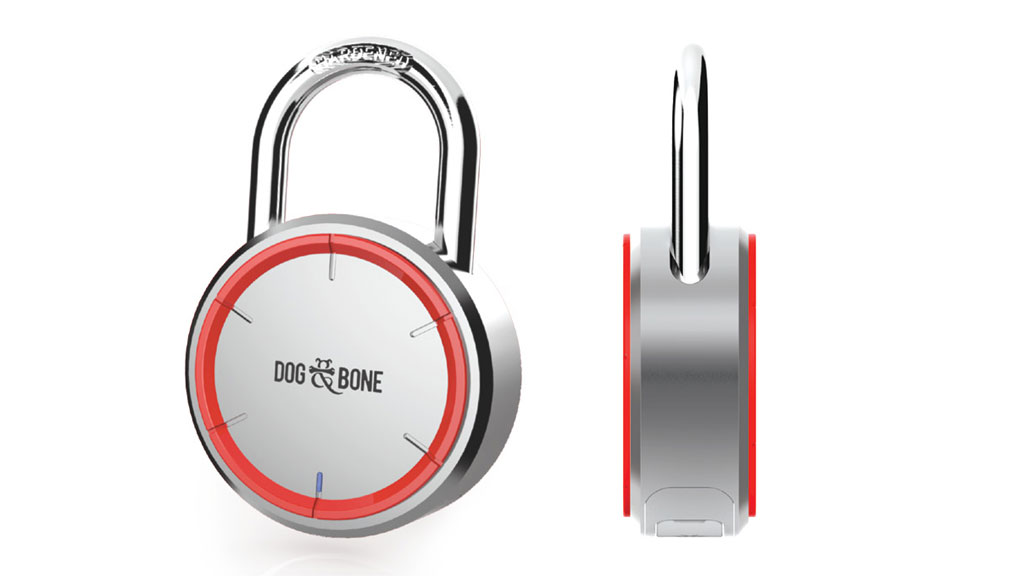 On the bottom of the lock is a red rubber flap which opens up to reveal a micro-USB port for charging the device and a button you’ll need to press to sync the lock to your phone and also wake it (it turns off completely when not being used to conserve battery – more on that later).

Though it’s quite obvious (being a keyless lock and all), it should be noted that the lock does not have a keyhole or any form of key activated unlock mechanism.

In terms of security, Dog & Bone’s Bluetooth padlock provides 128-bit advanced encryption, as well as a 256-bit cloud generated private key, which admittedly won’t do a lot against a pair of strong bolt cutters. Still, at least you know that your stuff will be safe from bolt cutter-less hackers.

In order to control the LockSmart keyless padlock, you’ll need to download Dog & Bone’s LockSmart app (available for both iOS and Android).

The first thing you’ll need to do is create an account with Dog & Bone. This allows you to log in from any phone and take control of your padlock, meaning you don’t have to worry about your padlock when you eventually get a new handset.

Once you’ve paired the padlock to your phone, it will appear in a list within the app. Here, you can name the padlock whatever you want, which is helpful if you have more than one of them paired. 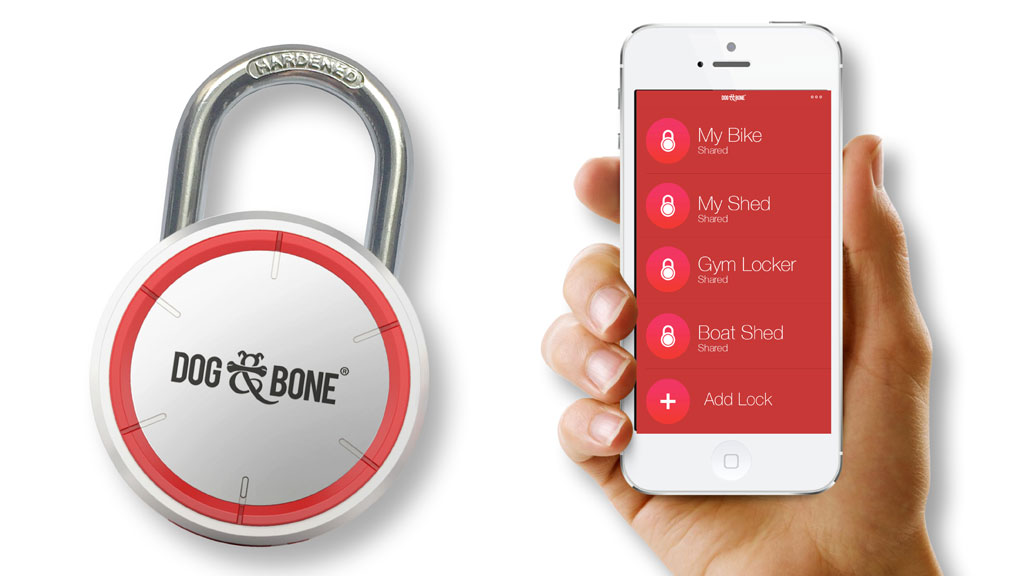 You can choose one of three different methods of unlocking your LockSmart padlock. Tap to unlock is the least secure method, simply allowing you to tap on a picture of your selected padlock to open it up. Touch ID (or Fingerprint on Android phones) is much more secure, allowing you to use your phone’s fingerprint sensor to unlock the LockSmart – something only you can do. If your smartphone doesn’t have a fingerprint sensor, you can also use Passcode mode.

Though the app is nicely designed and very easy to use, we did occasionally get a “Bluetooth session timed out” message on our first attempt at unlocking the LockSmart. When this did happen, we’d simply try again and the device would unlock as normal.

One of the best features of the LockSmart keyless padlock is the ability to share unlocking privileges to up to 50 people. This allows multiple people to use the lock without having to share keys or get extras made.

The LockSmart app lets you invite a new user by sending a person on your phone’s contact list an SMS with instructions explaining how to download the app and connect to your padlock. 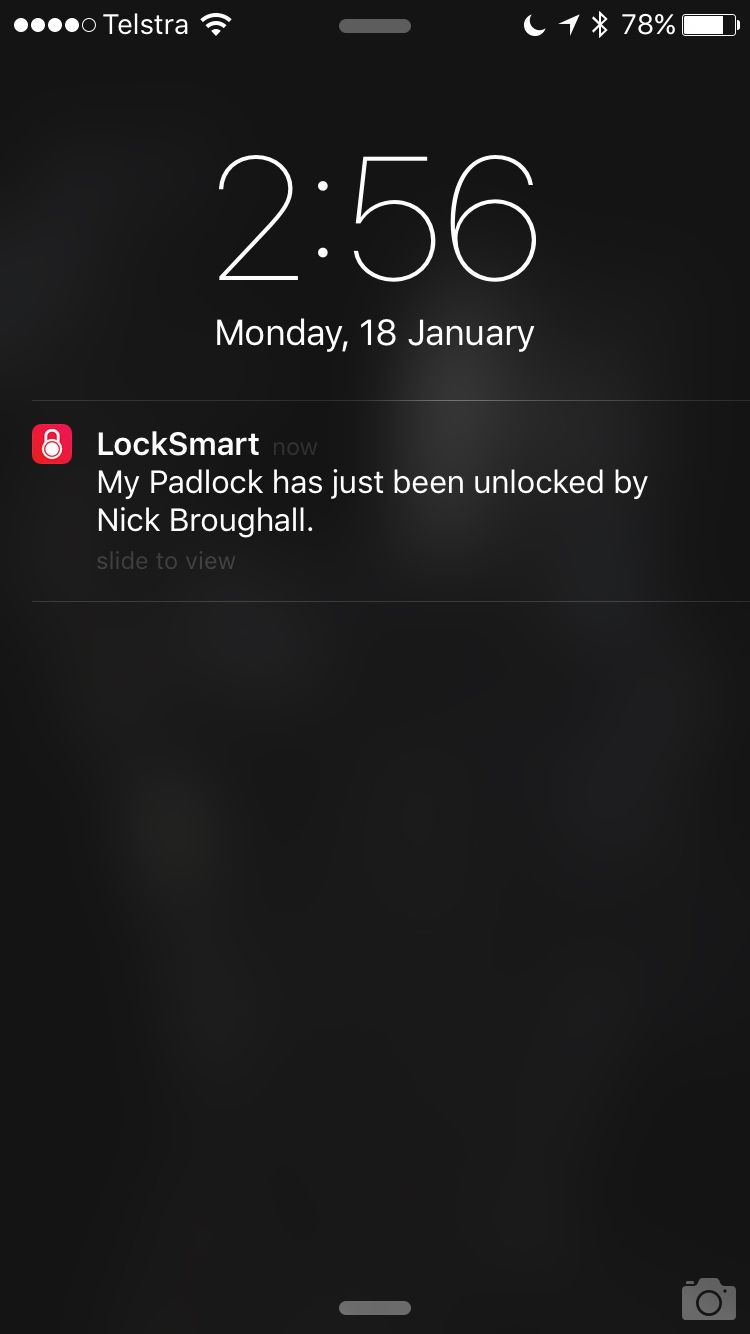 If you’re concerned about friends accessing your locked goods without your knowledge, the LockSmart app has you covered – once a friend has been connected, you’ll receive a notification whenever they’ve opened the padlock, and you can also keep tabs on each unlock in the app’s Activity Log area.

Admittedly, the LockSmart would sometimes find itself overwhelmed if more than one person would try to connect to it at around the same time. In these instances, one person would keep complete control while the other would be left searching for a connection.

Thankfully, once the other person’s connection dropped out (after a minute or so), control would transfer over to the next person. While that scenario can be slightly annoying, it isn’t one that would come up with much regularity.

You also don’t have to worry about the padlock running out of battery, as you can check your lock’s battery level at any time (within range of the device) from your LockSmart app. You’ll also receive prompts and notifications reminding you to recharge.

Having used our review unit for a couple weeks, with regular unlocks several times a day, our LockSmart is still at a full 100% charge, so it’s easy to believe that it’ll last as long as it says it will before needing to be plugged in again.

It’s easy to fall for Dog & Bone’s smart padlock – watching the LockSmart unlock itself over Bluetooth never gets old.

Its sturdy, solid build also fills you with confidence in its ability to keep your belongings secure.

We love the way that unlocking privileges can be shared with up to 50 friends, completely eliminating the need for extra keys that could be lost or stolen.

And, unlike regular locks, it also lets you know when your friends have been unlocking it, so you’ll never be caught off-guard. Its activity log also makes it easier to keep track of who’s had access to the items the lock is protecting.

Admittedly, the idea of a padlock that needs to be recharged is somewhat off-putting, however, its long 2-year battery life and recharge reminders should quell most of those concerns.

While we did experience the odd connection issue (usually due to multiple users attempting to access the LockSmart simultaneously), it’s not the kind of thing that would happen frequently enough to warrant any serious bother.