Nikon’s relatively quiet year has exploded into life with the arrival of a new affordable full-frame mirrorless camera called the Nikon Z5.

A new junior sibling to the Nikon Z6 and high-resolution Nikon Z7, the Z5 has been designed for those looking to move into full-frame photography for the first time, as well as Nikon DX DSLR owners who fancy switching to mirrorless.

But how exactly does it stack up against the Nikon Z6 and other affordable full-frame rivals like the Canon EOS RP? Unlike the latter, the Nikon Z5 has in-body image stabilization (IBIS) and two card slots.

It also brings a new 24.3MP sensor and shares many features with the Nikon Z6, including the same EVF and autofocus system. Naturally, the Z5 also brings limitations too, including inferior burst shooting and video skills.

We’ll be testing the Nikon Z5 closer to its launch in August or September, but in the meantime here’s everything you need to know about the new full-frame mirrorless contender.

There’s no specific date for Nikon Z5 availability yet, but it will apparently arrive on shelves soon. For the UK and US, Nikon says it expects it to be available in “late summer 2020”, which is likely to work out as August or September in Australia and New Zealand.

As Nikon’s ‘entry-level’ option, the Nikon Z5 is naturally more affordable than the Z6, if not by quite as much as we’d hoped. It’ll be available in different bundles, depending on where you’re based. Its body-only price will be $1,399 / AU$2,599, or £1,589 in the UK with an FTZ adaptor that lets you use it with F-mount lenses. 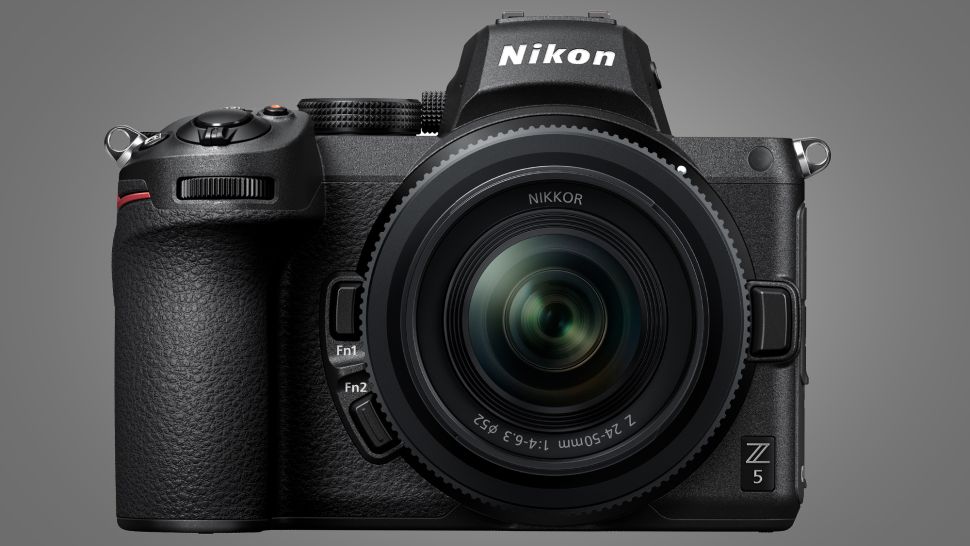 Of course, the latter bundles are veering away from ‘entry-level’ territory, and the Nikon Z5’s body-only price is a fair bit higher than rivals like the Canon EOS RP. The latter does, though, lack features like in-body image stabilization (IBIS), so it very much depends on the kind of camera you’re looking for. As we’ll see, the Nikon Z5 brings very specific skills to the table that are mainly aimed at stills shooters.

The Nikon Z5 is a little less radical than early rumors suggested, with previous speculation hinting that it could even arrive without a viewfinder.

In fact, the Nikon Z5 has the same 3.69-million dot electronic viewfinder (EVF) as the Nikon Z6, which is impressive for an entry-level camera.

Slightly less impressive is its rear LCD – this has a 1.1-million dot resolution, which is similar to the Nikon Z50’s screen and around half the resolution of the one on the Nikon Z6. This suggests the Z5 is aimed more at stills photographers, who will mainly use the EVF to frame shots.

This feeling is backed up by the Z5’s screen being a tilting affair, rather than a fully articulating one, which is again generally preferred by stills photographers. 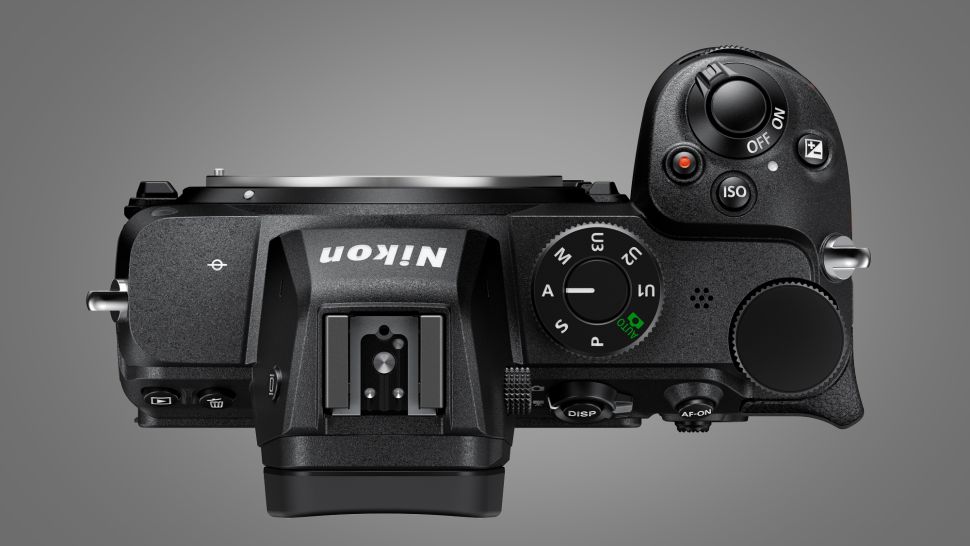 The retention of the EVF on the Nikon Z5 make sense and is what we expected from the new camera.

At some point, we’ll see a bigger move towards viewfinder-less full-frame cameras, but we’re not there yet. Rear camera screens are not even close to those used in the top smartphones.

Still, the Nikon Z5’s screen is at least a tilting affair – handy for framing shots from low angles or above crowds – and not the ‘fixed’ one that was rumored.

The Z5’s other notable design difference from the Z6 is that it loses the top-plate LCD. These are generally found on professional cameras and can be a handy way to quickly and quietly check your exposure settings, but it’s unlikely to be missed by the hobbyist shooters that the Z5 is aimed at.

This means the Z5 should have identical weather-sealing to its pricier sibling, which is another feature you don’t generally find on supposedly ‘entry-level’ cameras.

There are a few crucial differences between the two, though, that might sway you one way or the other. One of these is the sensor – the Nikon Z5 brings a new 24.3MP sensor that, unlike the Z6’s 24.5MP chip, isn’t backside illuminated.

We’ll have to wait to test the Nikon Z5 to see how much of a difference this makes – backside-illuminated chips are constructed to improve the amount of light reaching the sensor and consequently low-light performance, but it generally makes a bigger difference on sensors that are smaller than full-frame.

A clearer difference between the two cameras can be seem in their respective video skills and burst shooting rates.

The Nikon Z5 has several limitations when it comes to video, including a pretty hefty 1.7x crop when shooting 4K, and an absence of 120p slo-mo modes.

You also can’t record 10-bit video externally via the Nikon Z5’s HDMI output, which is another feature you get on the Nikon Z6. This means the latter is undoubtedly more of a hybrid all-rounder, with the Nikon Z5 designed more for stills snappers.

That said, the Nikon Z6 does still have a trump card when it comes burst shooting too – while it can rattle off stills at 12fps, the Nikon Z5 can only manage a pretty paltry 4.5fps.

While this isn’t a complete death knell for capturing moving subjects – the Z5 has the same Hybrid AF system (with Eye Detection AF and Animal Detection AF) as the Z6 – it does mean there will likely be better full-frame options for sports and wildlife shooters. 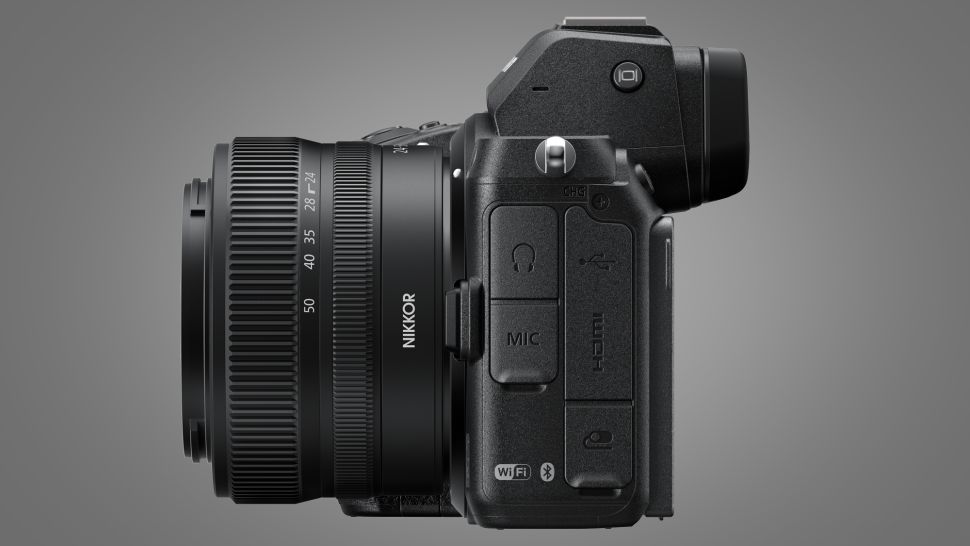 Despite its somewhat limited burst shooting power, the Nikon Z5 does have another couple of handy tricks up its sleeve that’ll go down well with both hobbyist shooters and pros.

One is the inclusion of two card slots, both of which support UHS-II SD cards. This is the first time we’ve seen twin slots on a Nikon Z series camera, and it’s about time really. The Nikon Z6 and Z7 instead offer a single XQD slot.

Another small but important feature on the Nikon Z5 is support for USB charging while the camera is powered – this means you can shoot time-lapses while it’s plugged in. The Z5 manages this because it has a new EN-EL 15C battery – you can still use the older EN-EL 15B batteries in the Z5, they just won’t offer USB charging. 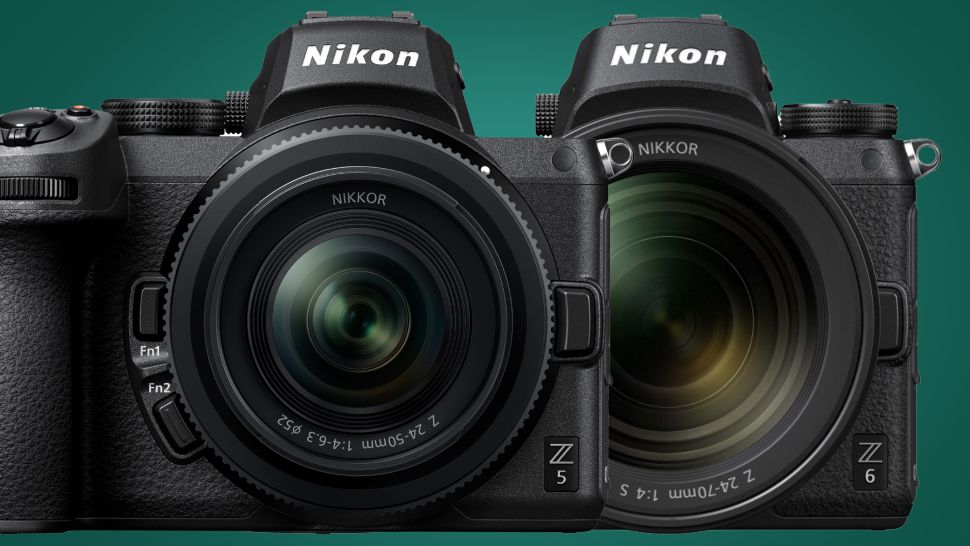 Based on its spec sheet, the Nikon Z5 is something of a mixed bag, but one that could prove very popular with full-frame newcomers thanks to its ‘entry-level’ price tag.

On the plus side, the Z5’s inclusion of the same autofocus system, EVF and build quality as the Nikon Z6 is impressive and could make it very appealing to stills snappers looking for a relatively affordable full-frame camera.

The Nikon Z6 and Z7 have some of the best rain-readiness around and the combination of a magnesium alloy construction and dual card slots is a rare one in an ‘entry-level’ model like the Nikon Z5.

Less impressive are the 4.5fps max burst shooting and significantly cropped 4K video, although the Canon EOS RP does also have a very similar crop when shooting 4K.

The combination of these video limitations and the lack of a fully articulating screen means the Nikon Z5 is geared a little more towards the stills photographer, although the inclusion of in-body image stabilization (IBIS) means it should be more than capable of shooting some decent handheld video too.

The big unknown is the performance of that new 24.3MP CMOS sensor – that’s something we’ll have to discover during testing, which we’ll be doing in the run-up to its availability in August or September.