The keynote address of Lenovo Tech World 2016 in San Francisco on Thursday saw the launch of the much-awaited Moto Z and Moto Z Force smartphones. As expected, they were launched with Moto Mods magnetic snap-on back panels with various partners, including JBL and Incipio. Both smartphones feature support for Moto Maker customisation. The company also unveiled the Lenovo Phab 2 Pro, the first Tango smartphone developed in collaboration with Google.

The Motorola Moto Z and Moto Z Force will be available globally from September, along with the Moto Mods, which are designed to work with future generations of Moto Z smartphones. In the US, they will be available as the Moto Z Droid and the Moto Z Force Droid this summer on carrier partner Verizon Wireless. The company has not detailed prices of either smartphone, both of which run Android 6.0.1 Marshmallow, feature a fingerprint scanner on the home button, sport a USB Type-C port, and omit the 3.5mm headphone jack.

The Moto Z (seen below) is being called the thinnest premium smartphone in the world, at 5.2mm, and is said to be ultra light as well. It features a 5.5-inch QHD Amoled display, and is powered by a Qualcomm Snapdragon 820 SoC coupled with 4GB of RAM, and a choice of 32GB or 64GB of storage, which is expandable via microSD card (up to 2TB). 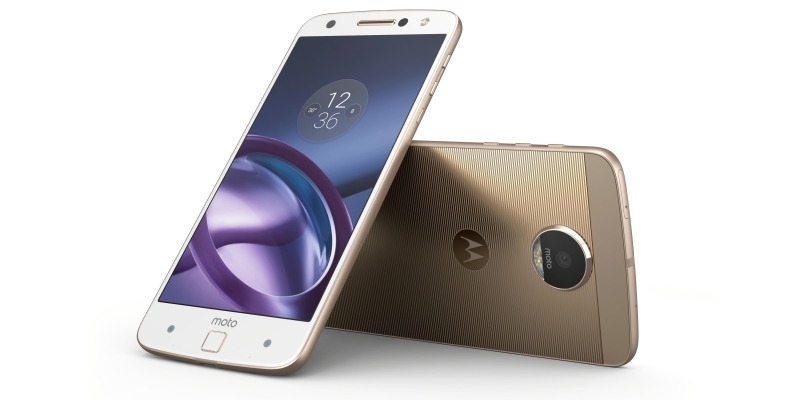 The new Motorola flagship bears a 13-megapixel rear camera with optical image stabilisation (OIS) and laser autofocus, and 5-megapixel front-facing camera with a wide-angle lens and a front flash. It also sports a water-repellant coating. The company says the smartphone’s 2600mAh battery can deliver up to 30 hours of battery life, with TurboPower charging to give 8 hours of battery life in 15 minutes.

The Motorola Moto Z Force (seen below), like the Moto X Force, comes with Moto ShatterShield technology for its display, which the company says will not crack or shatter. It is nearly identical otherwise, except for the the larger 3500mAh battery, which is rated to provide up to 40 hours of battery life. With TurboPower charging, it is said to provide 15 hours of battery life in just a 15-minute charge. It also bears a 21-megapixel rear camera with optical image stabilisation, phase detection autofocus (PDAF), and laser autofocus. 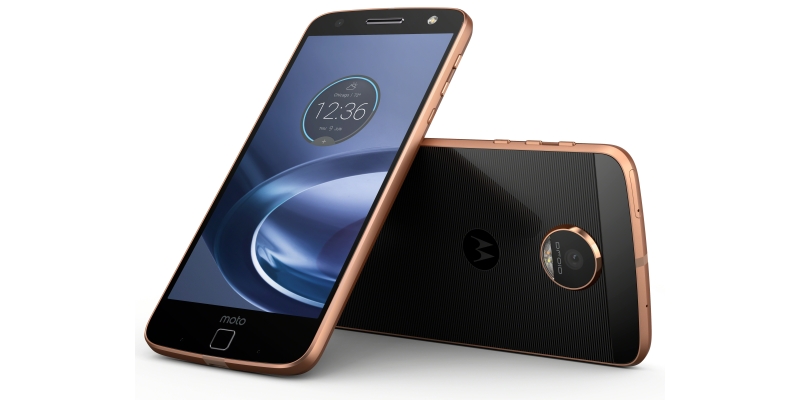 The Moto Mods (seen below, correspondingly), which connect to the 16 dots at the rear, will at launch include the JBL SoundBoost, the Moto Insta-Share Projector (meant to deliver a 70-inch projector experience), and the Power Pack (said to provide up to 22 hours of additional battery life). Style Shells will also be available, and offer finishes like real wood, leather, and fabric.

Apart from Moto Z series handsets and the Phab 2 Pro, Lenovo at its Tech World 2016 event also showcased the Lenovo Phab 2 and Lenovo Phab 2 Plus budget and mid-range phablets.