LG could be about to release a brand new Google Assistant smart speaker at the IFA 2019 tech show in Berlin, according to a report by the Dutch edition of Lets Go Digital.

The report highlights four smart speaker patents that were filed by LG back in August 2018 with the KIPRIS (Korean Intellectual Property Office). It suggests that IFA, which is held from September 6 to 11 this year, could be the perfect time for the company to release the follow-up to the LG ThinQ WK7 smart speaker.

With LG expected to reveal its upcoming dual-screen device at the Berlin tech event – likely the LG V60 ThinQ – it’s not out of the question that the company will also launch new audio hardware. 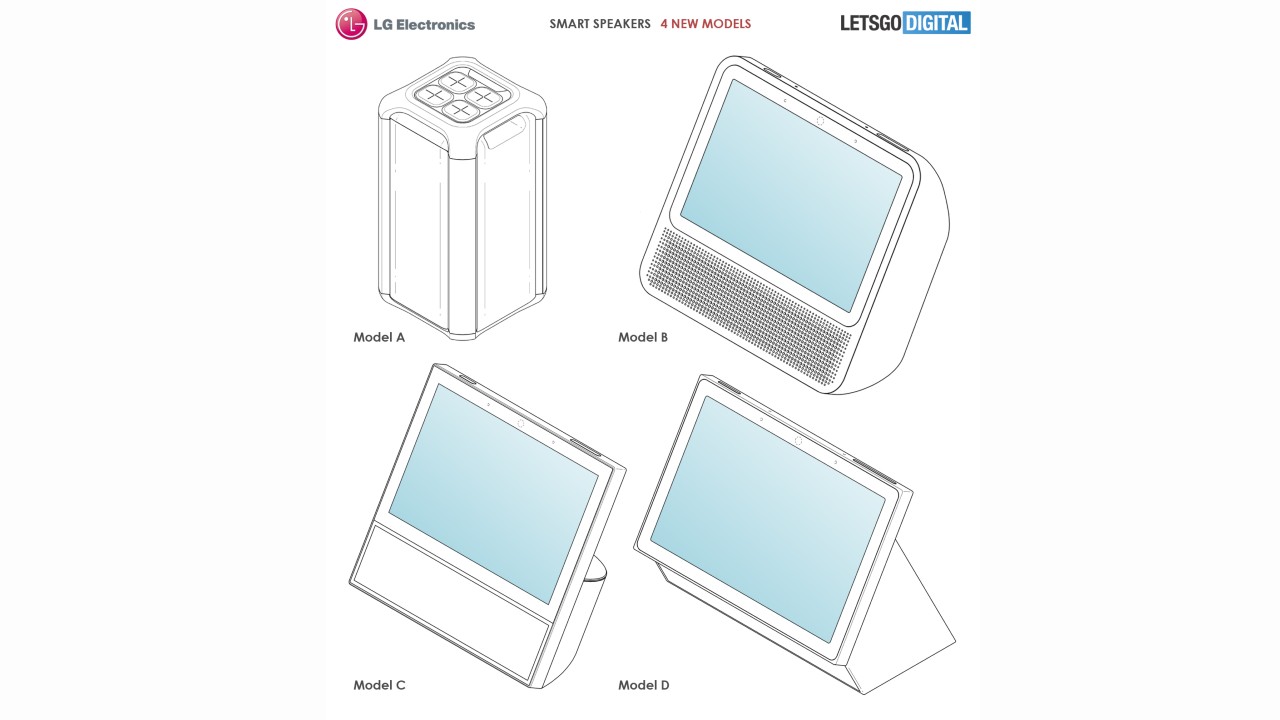 Of course, patents don’t always make it out as tech in real-world products, but the four filed by LG in August 2018 could reveal a little about what its next smart speaker might look like.

Models B, C, and D are all smart displays, like the Google Home Hub or the Amazon Echo Show. Based on the images in the patents, Model B could have a bigger focus on audio, with a large speaker grille underneath its display; the other smart display patents are far thinner and seem to have more of a focus on the display than the speaker itself.

This wouldn’t be the first time LG has released a smart display, if it does ever launch one of these concepts; the LG WK9 Wireless Speaker with Google Assistant came with an 8-inch touchscreen and Chromecast built-in, when it was launched at CES 2018.

We’ll have to wait and see whether LG actually launches a new smart speaker at this year’s IFA show, but if it does it could look a little like the patents it filed this time last year.