This week, the European supermarket Carrefour listed a price for the PS5, including the console’s digital edition and numerous accessories. Now, TechRadar can confirm that those prices aren’t real, and were in fact a prediction by the retailer. They were also published by accident.

“Our service provider, in charge of putting the pre-order pages online, put the draft online by mistake,” a spokesperson for Carrefour in France tells us. “The prices indicated are those supposed.” They’re nothing more than predicted prices, then, and the real PS5 price, alongside that of its individual accessories, is yet to be revealed.

Here’s a screengrab that was circulating with the prices in question, which have since been removed: 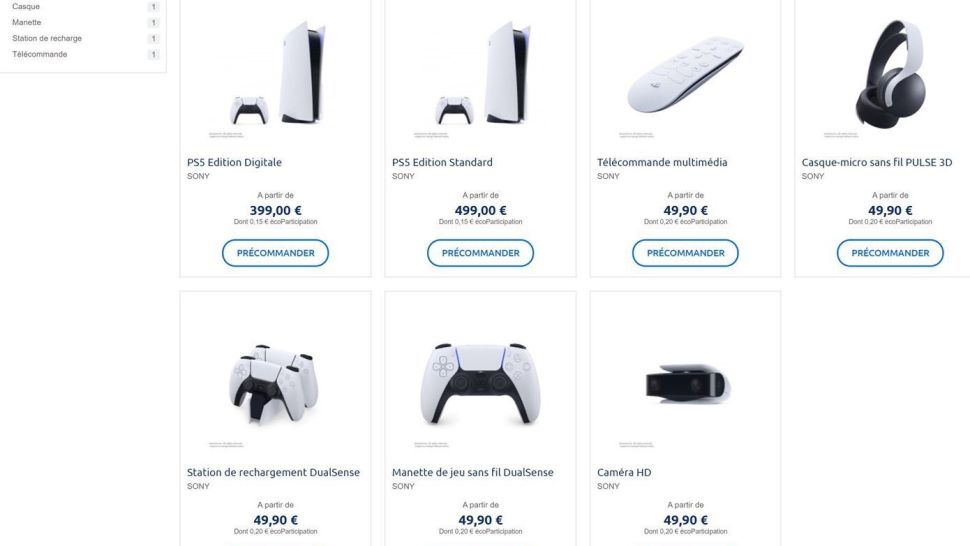 If you see anyone suggesting this is the real price over the next few days, then, you’ll know it isn’t.

We’ve said it before, but the PS5 price is a closely-guarded secret. Consider how little we knew about the PS5 before it was actually revealed during June 2020’s livestream – the all-digital edition was a massive surprise, and seemingly no one reported that the console itself would be revealed during the stream either.

Given that pricing is always a sensitive topic around next-gen consoles, and that Microsoft has yet to reveal what the Xbox Series X costs, it’s unlikely that sort of sensitive information like this is going to be in wide circulation before any announcement.

So, when will the PS5 price be revealed?

The price and release date of the PS5 are the big unknown factors around Sony’s new hardware – we’re expecting both to be revealed at the same time. Considering Sony just had a State of Play livestream focused on software, though, we’d expect any further info around the console to be at least a few weeks away.