iOS 14 update release date, devices and everything you need to know

It may feel like iOS 13 only debuted yesterday, but that came out in September 2019 and we’re set to get iOS 14 by the end of this year.

The next big update for your iPhone is currently just rumored for now – Apple has yet to specifically confirm the name for the next piece of software – but it’s very likely we’ll be hearing officially about it soon.

And given what was left out with iOS 13 – and what new technology could be coming in the iPhone 12 – we can make some educated guesses about what’s coming in the next big iOS update.

Some of these are obvious, like support for 5G should Apple finally decide to release a 5G iPhone that works with the next-gen phone networks. If there’s somehow an Apple foldable, well, iOS 14 will have software to make that work, too.

Other iOS 14 features take a little bit of speculative leaps to imagine which tweaks Apple might make in its continual improvements on its iPhone operating system.

Latest story: A source suggests that all phones that can run iOS 13 will also be able to run iOS 14.

Given last year’s big iOS updates came out on September 19, one day before this year’s new iPhone line, we’re guessing that iOS 14 will launch in late September 2020.

That will be just in time for the launch of the iPhone 12, which will be the first phones to get the next iOS.

Assuming Apple follows prior years, it will likely unveil iOS 14 at its annual WWDC conference. That’s set to take place virtually this year – due to the Covid-19 pandemic – and it’ll be starting on June 22.

Apple usually releases an initial developer beta the same day, so it may do the same in 2020. The first public beta will likely follow later in the month, and will accordingly get new betas after the developer versions.

While Apple didn’t leave any phones behind when it introduced iOS 12, the most recent jump to iOS 13 made up for it by stranding two generations of iPhone handsets – anything older than the iPhone 6S or iPhone SE.

However, current rumors suggest that all phones able to run iOS 13 will also support iOS 14. We first heard that back in January, and then again in June. So that’s our best guess for now.

Having said that, we would say it’s questionable whether the original iPhone SE will get the iOS 14 update, given that the company has now launched a new iPhone SE.

iOS and iPadOS support widgets up to a point, but based on early code snippets it looks like you might be able to add widgets to your home screens in iOS 14 as well. At the moment though, sources say the feature could be still be scrapped.

Other leaks suggest that more wallpaper options will be added in iOS 14 as well, so you’ll be able to add dynamic, flat and gradient options. We’ve also seen a sneak peek at what some of the new wallpapers in iOS 14 will look like.

In other interface news, a leaked video (below) supposedly shows an internal build of iOS 14, and as you can see it sports a new app switcher layout that’s similar to the one on iPadOS.

Rather than the current switcher that fans apps out like a deck of cards, this one shows four per screen with a smaller image of each. There’s also (as part of the leak but not in the video) the suggestion that users might be able to choose between these two layouts, among others.

However, we’d take all of this with a pinch of salt. The leak might not be genuine and even if it is, the presence of a feature in an internal build doesn’t mean it will be available in the finished version – Apple might just be trying it out.

Apple might also let you better tailor your phone to the apps you use. It tends to put its own apps first, but with iOS 14 you might be able to set third-party options as defaults.

That could let you for example have Google Chrome be the default browser that opens web links in place of Safari, or have Gmail replace Mail. According to Bloomberg these changes are simply being discussed, so it remains to be seen whether this will happen.

Apple has put a big focus on health and fitness in recent years. Mostly that’s happened through the Apple Watch, but the iPhone could be getting in on the action too, with a new fitness app – possibly just called ‘Fit’ or ‘Fitness’.

MacRumors claims this is a standalone app that would offer guided fitness-related videos to walk users through workouts.

The site reports that these videos – which would apparently cover indoor running, cycling, rowing, stretching, core training, strength training, outdoor walking, dance, and yoga – could be viewed on an iPhone, iPad or Apple TV, and your progress through each routine could be tracked with an Apple Watch.

For one thing, code spotted in an early iOS 14 build suggests you won’t have to install apps to use some of their features.

For example, you might be able to watch a YouTube video without having YouTube installed, but mentions of Yelp, DoorDash, OpenTable and PS4 Second Screen have also been seen in the code.

This could save you clogging up your phone with apps you rarely use, or simply give you an opportunity to try an app before committing to a download.

Apple might also be adding all sorts of new features to the Messages app as part of iOS 14. According to information obtained by MacRumors, the company is testing a feature that would let you tag participants in a group chat, so you could mute a conversation and still get notifications when you’re mentioned.

However, the site notes that these features may land later than iOS 14, if they land at all.

Beyond the above, a number of other apps might get tweaked or improved as part of iOS 14.

Rumors via 9to5Mac talk for example of a Kids Mode being added to the activity app, which would replace burned calorie tracking with movement tracking.

Sleep tracking meanwhile might be added to the Health app if rumors of the Apple Watch getting sleep tracking pan out.

There’s also talk that CarPlay could get custom wallpapers, CarKey could be added to let you use your phone to lock, unlock, and start a car, Find My could offer alerts when someone doesn’t arrive somewhere when they’re meant to, as well as additional sounds and vibrations to help you find lost gadgets, and Shot on iPhone photo challenges could be added directly to the Photos app.

There’s also evidence that Apple is working on a new QR code format that would use colored cones. 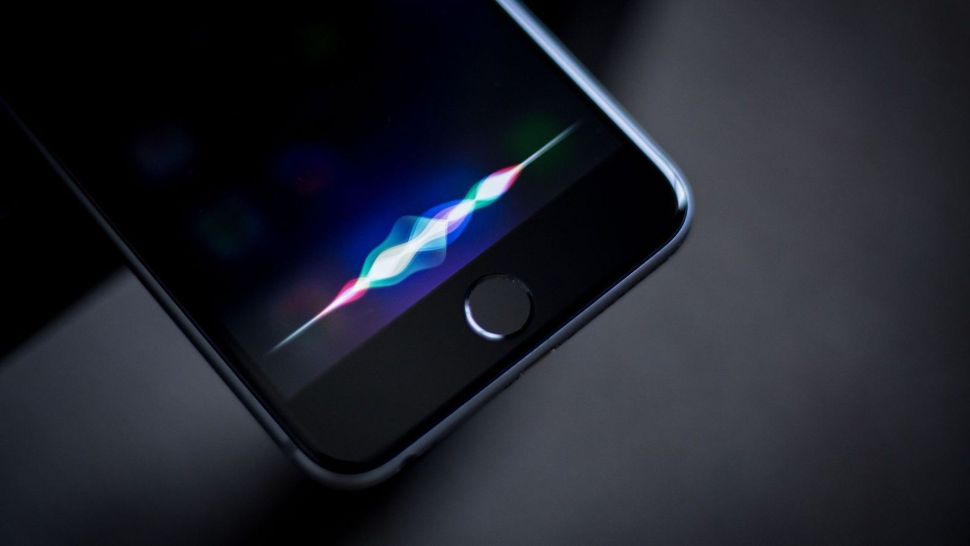 The way Siri sounds is currently completely down to Apple, but MacRumors reports that Apple is exploring the ability for developers to use custom voice synthesizers to change it.

This feature would apparently be provided through a new framework called VoiceProvider, and could land as part of iOS 14.

It could allow for the addition of languages and dialects that Apple doesn’t currently support, as well, potentially, as allowing for custom Siri voices.

According to 9to5Mac, Apple is working on improvements to iCloud Keychain, including the ability for it to warn users when they re-use passwords. The service could also add two-factor authentication support. With these changes, it could become a strong alternative to the likes of LastPass.

One thing we’re sure to see is 5G. In fact, this might be the easiest feature to guess Apple will bring to the operating system in 2020.

Unfortunately, as we’ve seen with other 5G phones, this feature can’t be retroactively applied to older iPhones – hooking up to 5G networks requires a particular type of modem and compatible processors. Only the newest phones with the latest top-tier chipsets and modems have been capable of harnessing 5G.

In other news, Apple may be planning to release AR glasses sometime in 2020 alongside a 5G iPhone, according to a Bloomberg report. These Apple Glasses may initially serve as an iPhone accessory running through iOS to display text messages and map directions, though that could grow over time to run their own proprietary apps from a dedicated AR glasses store – and perhaps become a standalone successor to the iPhone itself.

Before that happens, though, Apple’s AR glasses would need a killer app as its raison d’etre – or rather, reason for buying, as the lukewarm reception to Google Glasses and even Snapchat Spectacles 2 can tell us. Heck, even Amazon is couching its new Amazon Echo Frames behind an experimental product line to soften any hype.

But given the years of experience developers have had with Apple’s ARKit, it wouldn’t be surprising if 2020 was the year we see Apple branch out to smart spectacles – and iOS 14 could support it.

Having said that, some reports suggest Apple Glass won’t be available until 2021 or later, so don’t count on it.

These days, everyone’s doing business on their phones, including sending emails at all hours. So why can’t we insert links into text in iOS’ Mail client? Or in third-party mail clients like Gmail?

This isn’t just a convenience issue – inserting links just looks more professional. When responding to clients or simply wanting to save space it would be great to give the impression that we’re responding from desks – and not filling our messages with eyesores like full links.

While iOS 13 introduced the capability to detect and block spam phone calls, it isn’t too smart. Silence Unknown Callers, as it’s termed, does exactly that – completely blocking any number not from your contact list and sending it straight to voicemail. That’s a good start, but a bit of a strong measure that isn’t too useful for folks with incoming calls from new business contacts or Tinder dates.

Instead, it would be great to see smarter alerts that indicate probable spam calls, as some carriers have started doing and some third-party App Store apps do – for a price. Then it would be nice to have different levels of filtering – light blocking for only the most obvious spam numbers all the way up to aggressive filtering of any call that even has a chance of being a scam.

This is a bit of a stretch since we haven’t heard anything about a foldable iPhone. Oh, Apple is almost surely experimenting with the tech deep in its R&D labs, but without a planned model in the works, it’s unlikely iOS 14 will go to the effort of supporting foldables.

This is in stark contrast with Android, which introduced foldables support with Android 10 just in time for the Samsung Galaxy Fold public release. Apple is on its own timeline, and there’s no rush to add the capability in its operating system before they have a model on the way.