Fuji’s compact cameras have proved very popular, but some find the APS-C format Fuji X100T too big and the 2/3-inch sensor in the Fuji X30 too small. Well, the X70 could be just right. This new camera has the same 16.3Mp APS-C format X-Trans CMOS II sensor and EXR Processor II as the X100T, but these are joined by an 18.5mm f/2.8 lens which gives an effective focal length of 28mm, significantly wider than the 35mm (equivalent) lens on the X100T. There are also digital ‘teleconverter’ options that crop images to replicate 35mm and 50mm framing.

The lens has a ring for aperture adjustment, with markings running in whole stops from f/2.8 to f/16 – and adjustment in 1/3 stops. There’s also a A for automatic setting to set the camera to shutter priority and program mode.

Meanwhile, on the top-plate there’s a shutter speed dial with settings running from 1sec to 1/4000 sec as well as Bulb, Time and Auto settings. 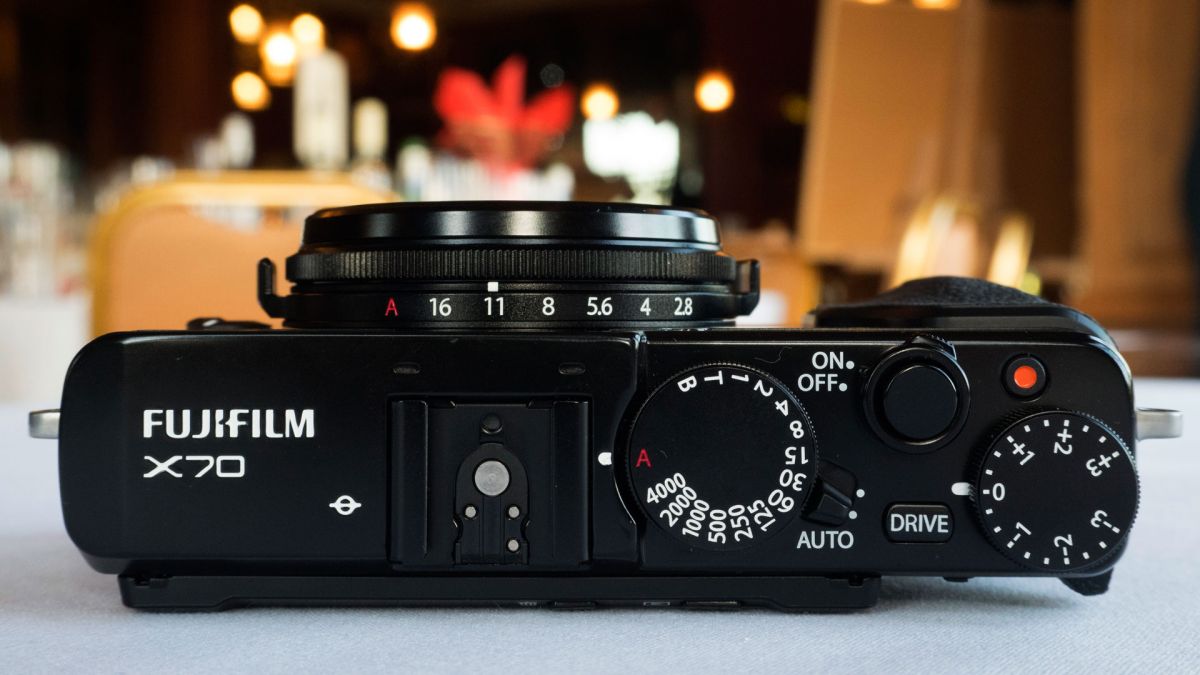 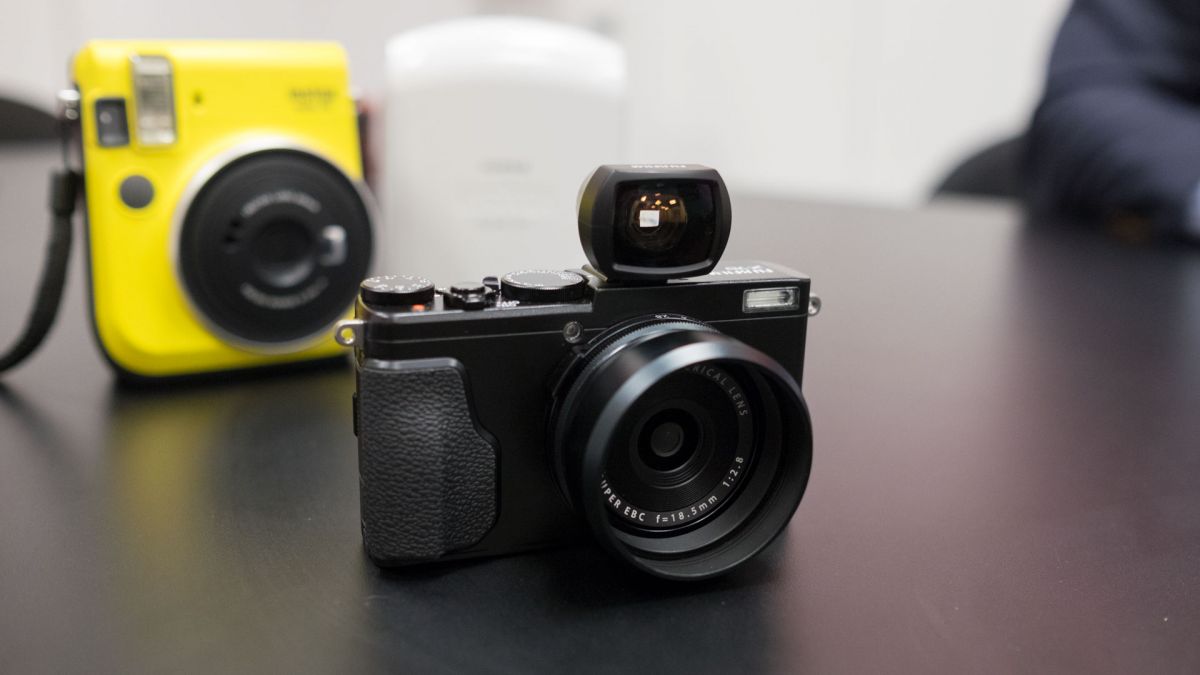 Significantly, the X70 doesn’t have a viewfinder like the X100T, but there is an optional optical viewfinder with 21mm and 28mm bright lines. The 3-inch screen is also touch-sensitive and capable of being tipped up through 180 degrees for shooting selfies, as well as downwards for easier viewing from below.

The X70 has the same hybrid (phase and contrast detection) autofocus system as the X100T, which means that there are single point, Zone and Wide/Tracking modes, along with 3D Tracking and Eye-detection. The claimed AF response time is 0.08sec and there’s a maximum continuous shooting speed of 8fps (frames per second).

A shallow rubberised grip on the front of the camera along with a small pad on the back with a pronounced ridge make the camera feel comfortable and safe in your hand. 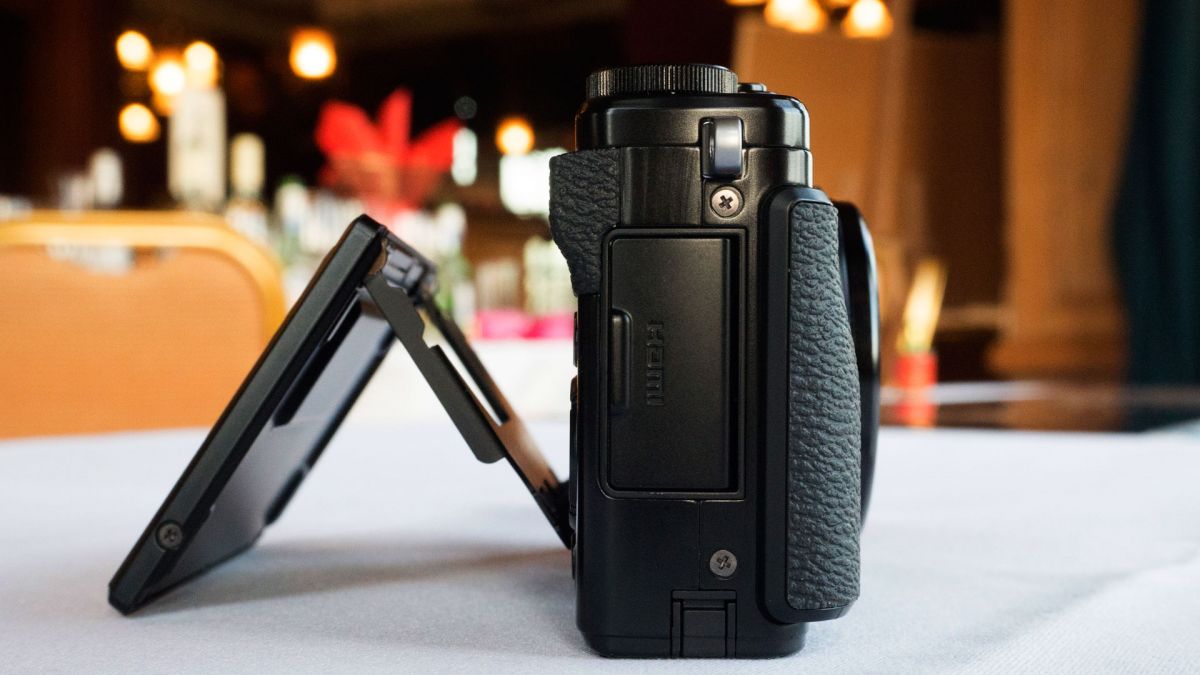 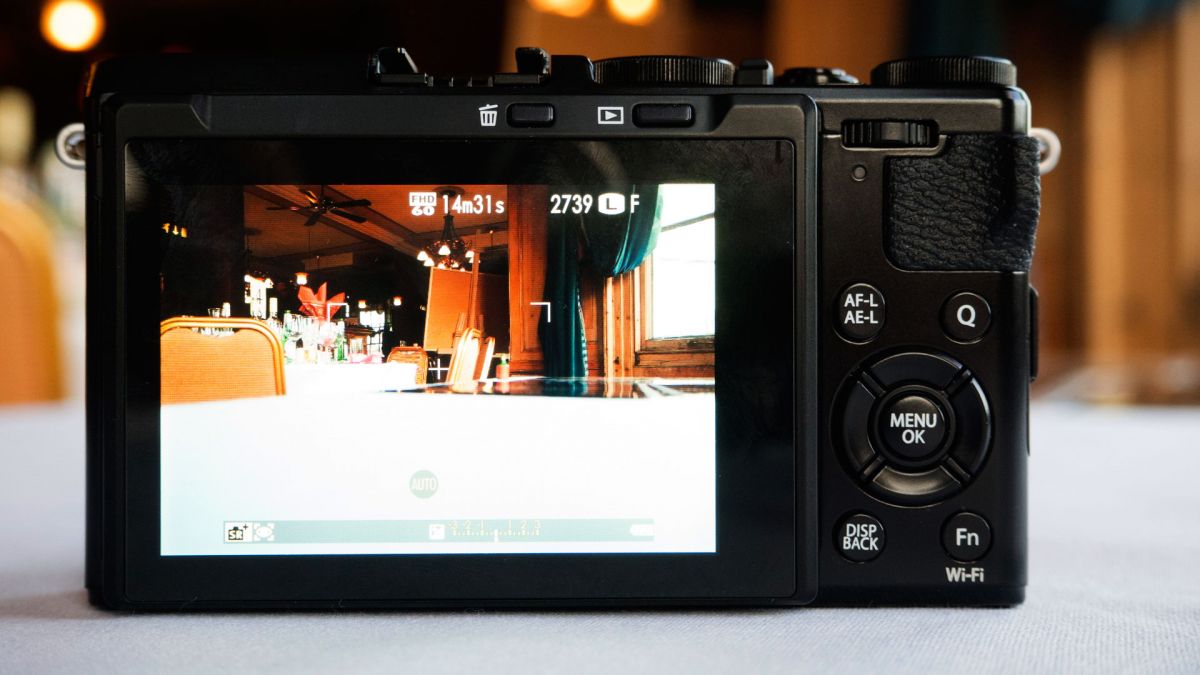 Helpfully, the X70’s screen is touch sensitive and this speeds up making settings adjustments. The autofocus point can be set with just a tap of the screen and pinch and swipe movements are useful for zooming into images and checking sharpness. Those who don’t like touch controls can turn the screen’s touch-sensitivity off and use the physical controls instead.

On the back of the camera there are four buttons around the usual navigation control with a central Menu/OK button. One of these four is used for locking the metering and focus, while another controls the display and a third is available for customisation. The fourth button is used to activate the Quick Menu, which provides a quick route to 16 of the most commonly used features.

There’s also a jog-dial above the thumb-rest on the back of the camera for making quick adjustments and, in addition to the aperture ring, there’s a control ring around the lens. This customisable ring can be used to adjust features such as Film Simulation mode, white balance, sensitivity or digital teleconverter setting (35mm or 50mm equivalent), and it has nice smooth action. 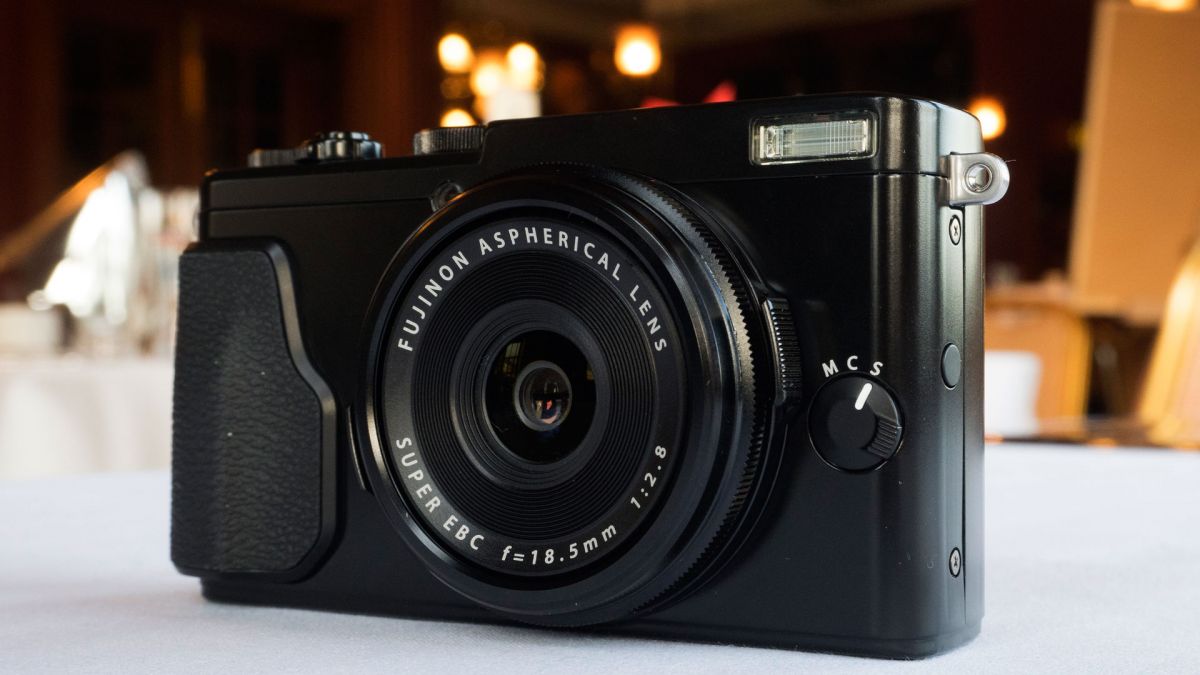 Setting both the shutter speed dial and the aperture ring to their ‘A’ position sets the camera to program mode, whereas setting just one to A mode selects shutter priority or aperture priority accordingly. Alternatively specific values can be set by both to take manual control over exposure.

I haven’t been able to use the X70 outside yet so we’ll have to wait to see how it copes with bright ambient light. When shooting indoors it provided a very clear view with plenty of detail visible.

It’s reasonable to assume that the X70 will produce images of similar quality to those from the Fuji X100T as it uses the same sensor and processing engine, but with a shorter focal length lens. This means that we can expect noise to be controlled well and only really make an appearance in images taken at ISO 3,200 and above. Detail should also be well rendered up to around ISO 12,800 when the impact of noise and its removal comes to bear.

The pre-production sample that I used was able to focus pretty quickly despite the relatively low light conditions and I’m looking forward to giving a full production sample a thorough test.

Although Fuji’s X10 and X20 compact cameras were popular, many people were disappointed that the sensor size stayed at 2/3-inch, especially as the X30’s body is bigger than the X20’s. The news that the X70 has an APS-C format sensor is likely to be greeted warmly. This step up in sensor size will ensure that the camera produces better images than Fuji’s smallest X-series camera, and on a par with those from the popular X100T.

The larger X100T still offers the advantage of a viewfinder, and the more popular 35mm (equivalent) focal length. However, the tilting touch-sensitive screen should make the X70 quicker and easier to use in a variety of conditions while the 28mm focal length equivalent lens enables more successful group selfies.

In addition to the touch-screen, the X70 has a healthy collection of physical controls, traditional exposure controls and a fixed focal length f/2.8 lens – all of which will appeal to experienced photographers.