GoPro actually made two announcements today. In addition to unveiling the new GoPro Hero8 Black and Expansion Mods, the company also revealed the new GoPro Max: a dual-lens camera that you can use to shoot regular ultra-wide video, 360° video, or vlog-style content.

The GoPro Max benefits from several improvements over its predecessor, the GoPro Fusion. The GoPro Max is waterproof to 5m (16ft), uses the same foldable mounting arms as the Hero8, benefits from MAX HyperSmooth stabilization, features ‘Digital Lenses’ for a variety of framing options, and boasts a built-in front-facing touchscreen for vlogging.

According to GoPro, the dual-lens setup allows the GoPro Max to be three cameras in one. “MAX can be used as a single lens max stabilized HERO camera, a dual lens 360° camera, or the ultimate vlogging camera—all in one,” reads the release. Resolution maxes out at 5.6K/30p when shooting 360° video or 1440/60p when shooting in HERO mode, and thanks to six build-in mics, the camera promises to capture “true-to-life 360° audio and deliver the best stereo sound ever from a GoPro.”

Here’s a quick video intro to the main features of the new GoPro Max:

Many of the most exciting features of the GoPro Max are powered by its software, rather than the hardware.

“Max HyperSmooth” uses 180° capture to generate “unbreakable stabilization and in-camera horizon leveling” digitally, “Max TimeWarp” automatically adjusts the speed of your video based on motion, scene detection and lighting in both 360° and HERO modes, and “Max SuperView” is the widest of four digital lenses that you can choose from in order to capture the best field of view.

There’s also PowerPano, which captures 270° distortion-free panoramic photos without needing to scan the horizon, and keyframe-based “Reframe” editing has been added to the GoPro app for easy smartphone editing of your 360° Max footage. 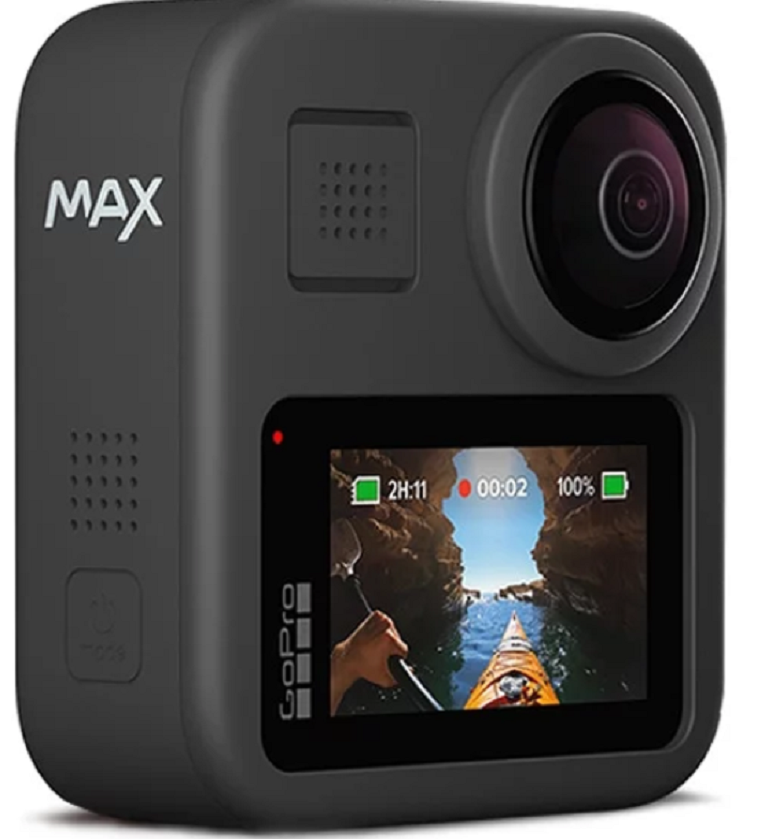 To find out more about the GoPro Max, head over to the GoPro website where you can preorder the camera today for $500, with shipments beginning October 24th and retail availability starting the 25th. Unfortunately the GoPro Max landing page is broken as of this writing, but we expect it to be fixed before too long.