Fujifilm on Monday launched its X-A7 mirrorless digital camera with a 24.24-megapixel APS-C sensor in India. Meant for beginners, the Fujifilm X-A7 has been priced at Rs. 59,999 by the Japanese photography and imaging major, and it will come with a Fujinon XC 15-45mm lens kit. The camera will also be available in five colour variants – Camel, Dark Silver, Mint Green, Navy Blue, and Silver.

To recall, Fujifilm had launched the Fujifilm X-A7 beginner-level APS-C mirrorless camera globally back in September. The camera was given a price tag of $700 (roughly Rs. 50,100) in the US, with the Fujinon XC15-45mm F3.5- 5.6 OIS PZ kit lens.

“The latest model is a perfect companion for travel photographers as well as Vloggers to refine their photography experience and is yet another landmark product in Fujifilm’s mirrorless range,” Haruto Iwata, Managing Director, Fujifilm India Pvt Ltd. said in a statement.

According to the company, the camera offers a broad range of features from casual snapshots of everyday scenes to travel photography and full-fledged photographic creations. The Fujifilm X-A7 features a 3.5-inch LCD monitor with a maximum luminous intensity of approx. 1,000 candelas. Furthermore, this is the first X Series model that features a “vari-angle” monitor and allows users to adjust it any angle. It can be used in conjunction with the Portrait Enhancer Mode for self-portraits of advanced quality.

As we mentioned, the Fujifilm X-A7 boasts of a new 24.2-megapixel APS-C CMOS sensor with 425 PDAF points, which are about 8.5 times greater than its predecessor – the Fujifilm X-A5 – which was launched in January last year. previous model. Video recoding now tops out at 4K at 30fps, instead of the 15fps on the X-A5. 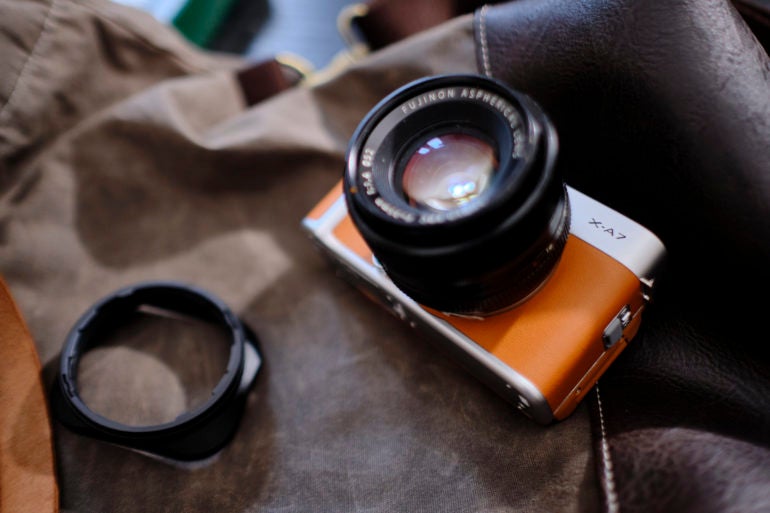 The camera (with the kit lens) weighs just 455 grams, making it very light to carry around. The Fujifilm X-A7 has a native ISO range of 100-12,800, which can be expanded to 25,600. The camera can shoot RAW; has a burst shooting rate of 6fps and has a single SD card slot (UHS-I speed only). The camera also has a Mini-HDMI port; a Micro-USB port; inbuilt Bluetooth v4.2 and Wi-Fi 802.11n. Last but not least, the battery is rated to deliver 440 shots per charge.