The selfie system camera is back for round three: the Fujifilm X-A3 is the latest in the company’s line of compact system cameras, bringing a brand new 24-megapixel sensor and new design to the feature set.

That puts the X-A3’s resolution a full 50 per cent higher than the previous X-A2, but unlike other Fujifilm X-series cameras it doesn’t opt for the fancier “X-Trans CMOS”, but rather a “normal” CMOS sensor with standard colour filter array. The top-end products feature no low-pass filter and a larger colour filter array for sharper images, which isn’t something this entry-level X-A model benefits.

However, the X-A3 is more about casual shooting, and it wants a slice of that selfie pie. Similar to the X-A2, the latest model has an LCD touchscreen which can face forward, but this now has a “slide and tilt” mechanism to avoid the camera body getting in the way of the screen, for more accurate front-on framing.

Sadly the X-A3 doesn’t shave any size away from its predecessor, with its 40.4mm depth meaning it might be a touch tricky to use one-handed for those selfies. Saying that, as the camera sensor has to sit a given distance from the back of the lens, there’s little that could probably be done to design this particular model in any other way. 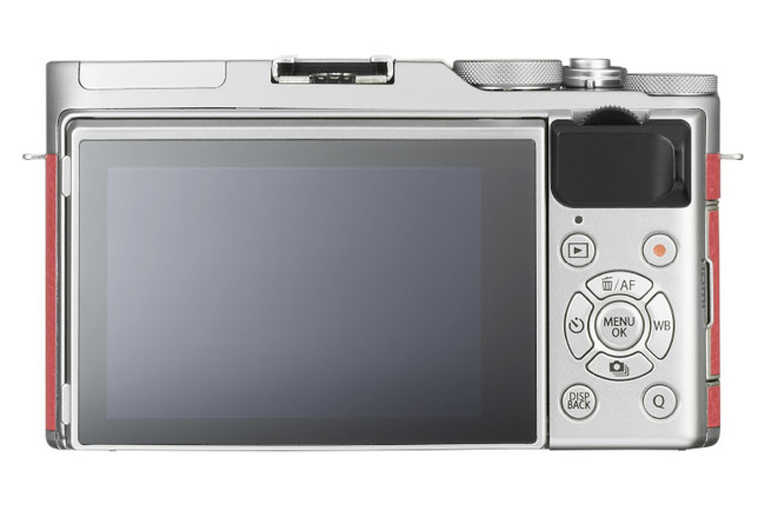 However, the X-A3 does look a lot tidier than its predecessor. If anything it looks more like a compact camera, which is the territory we think it’s looking to disrupt. The design is also said to be more youthful, as the pink colour option (not rose gold, though, missed a trick there) attests.

In addition to stills there are various film modes, filters and Full HD video recording too, plus Wi-Fo connectivity for sharing images and taking remote control of the camera.

Available from the beginning of September, exclusive to Jessops in the UK (and in pink, brown or black finished), the Fujifilm X-A3 will be priced £599 and come with the 16-50mm f/3.5-5.6 optically stabilised kit lens. That is a full £100 more than the X-A2 was at launch.