Fixed-view cameras have a common—and quite literal—blind spot: They can easily lose sight of an intruder if they step out of the field of view. That can leave you with incomplete video evidence, whether it fails to capture the actual crime or just doesn’t give you enough time to get a description of the perpetrator. EZVIZ’s CTQ6C pan-and-tilt camera circumvents this problem with a smart motion-tracking feature that keeps moving objects in view while it records.

There’s nothing remarkable about the CTQ6C’s design. The camera is encased in a ball-shaped enclosure that’s accented with a half-dozen embossed circles. The camera itself offers 1080p resolution with a 90-degree viewing angle. That’s fairly narrow, but it’s augmented by the CTQ6C’s pan-and-tilt capabilities—the whole enclosure rotates 340 degrees while the camera can rotate up 105 degrees and down by 15 degrees. That extra upward tilt facilitates the camera’s privacy feature, allowing the lens to fully rotate into the enclosure so that it can’t see any activity in the room.

The pan-and-tilt function is coupled with smart motion tracking. When the camera detects motion, it locks on to it and tracks it while recording video. At the same time, you’ll get a notification on your phone alerting you to the activity. The camera includes a built-in mic and speakers on its base, so you can communicate with whomever triggered the camera, and two infrared lights provide up to 10 meters (around 32 feet) of night vision, so you can see clearly when the intrusion is after dark. 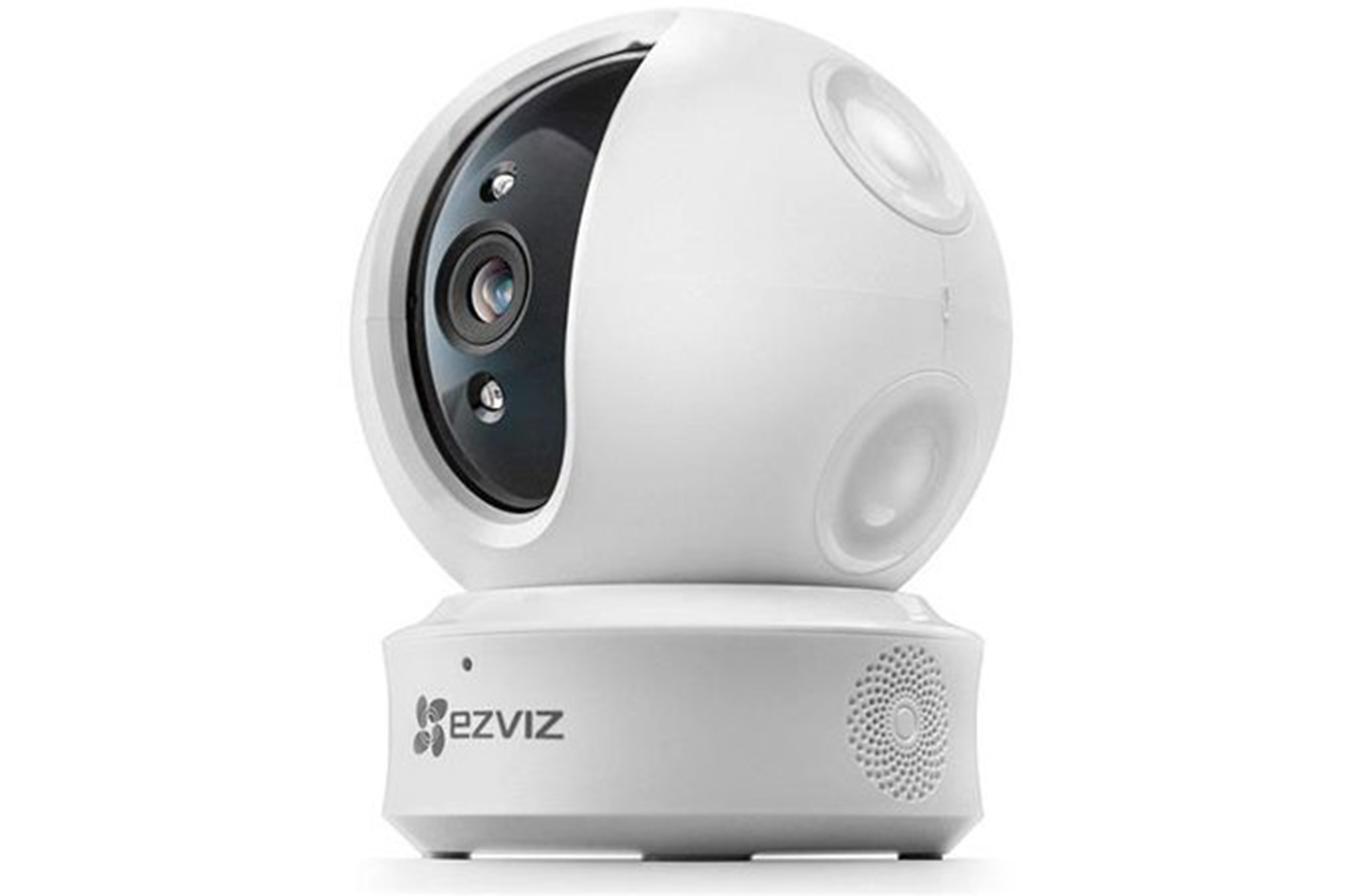 The CTQ6C comes with three storage options. You can save footage locally to a microSD card (up to 256GB, not included) or to the EZVIZ NVR (sold separately for $230). If you’d rather keep your videos offsite where an intruder can’t compromise them, you can subscribe to EZVIZ CloudPlay. Two plans are offered: seven days of storage for $6 per month or $60 annually, and 30 days of storage for $11 monthly or $110 annually. EZVIZ gives a generous 30-day trial of its 7-day CloudPlay plan with purchase of the camera, so you can try the service out. Best of all, you can use two or three storage options together to maximize protection of any forensic evidence the camera captures.

The CTQ6C connects easily to your wireless router. Using the EZVIZ app, you just add the camera to your account and scan the QR code on its body or on the Quick Start Guide. The app prompts you to enter your network’s login credentials and after several seconds the camera is connected and streaming video. 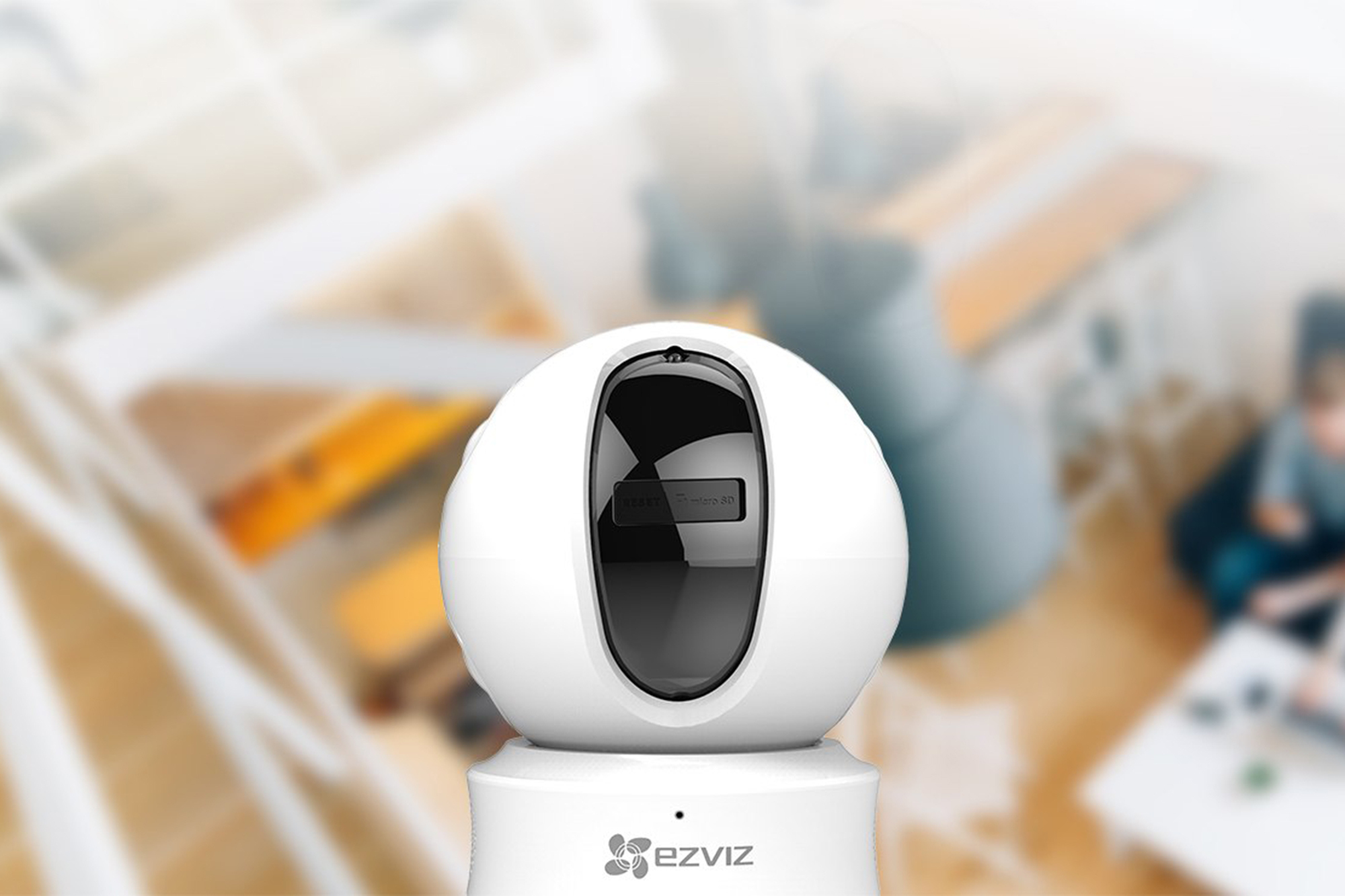 I used the CTQ6C to monitor the downstairs floor of my home and it worked beautifully. The camera instantly picked up and tracked any movement, notifying me by emitting a beep and pushing an alert to my phone that included a snapshot of the activity, so I could get a quick look at what was going on. Video of the event was available within a few seconds.

The camera’s default is to notify you of activity around the clock, but you can limit alerts by setting a notification schedule, adjusting the camera’s motion detection sensitivity, setting motion detection zones, or using any combination of these methods. You can also manage the alert tone, stepping it up from a soft beep to a more intense warning tone or muting it altogether.

In addition to automatically tracking movement, which you can toggle off, you can manually pan-and-tilt the camera using the app’s directional controls. The camera’s movements are smooth and precise, but a little noisy—you can clearly hear the motor’s whir and the click of each stop through your phone. There’s also a “360-degree picture” option, which will take a panoramic snapshot of the environment, so you can a holistic view of the scene. This can take up to a minute, so it doesn’t seem very practical during a break-in, but it was helpful when I was using the CTQ6C as a nanny cam to monitor my kids or pets. 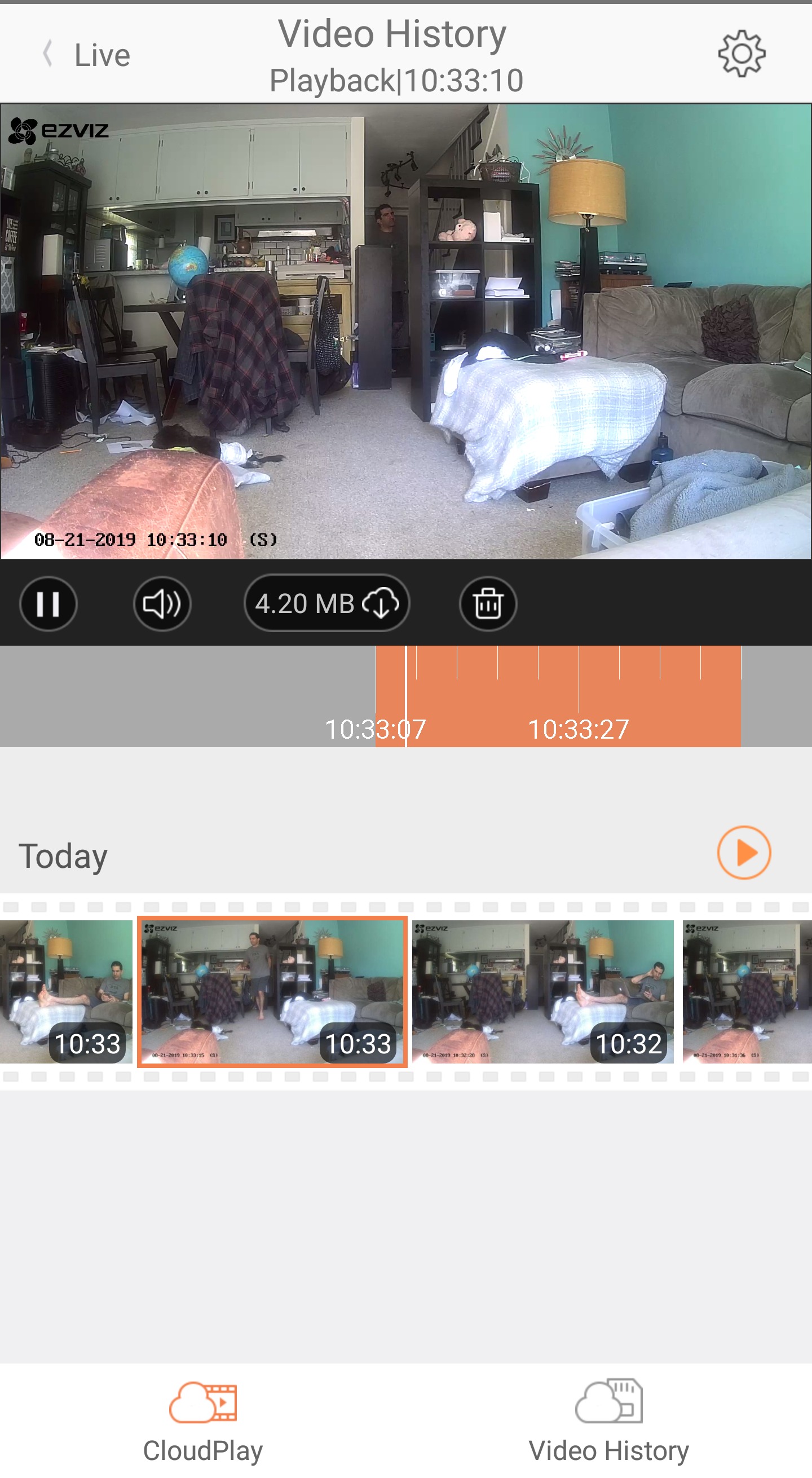 The CTQ6C captures crystal-clear video in both day- and night-vision modes. The current day’s clips are always displayed in a filmstrip for easy review, and you can play each clip individually or one after the other for a daily digest. You can also download any clip to your device during playback, which gives you yet another way to backup important footage.

The camera works with Amazon Alexa to display its feed on the Echo Show. It also works with IFTTT and has a few applets ready, including one to activate the privacy feature when you arrive home and another to turn on your Wemo smart switch when motion is detected.

The CTQ6C’s spot-on motion tracking and superb video would serve any home well, but particularly those with larger rooms where a fixed-view camera might quickly lose sight of an intruder. No matter what setting you’re considering putting a security camera in, the CTQ6C’s easy installation, excellent performance, and ample feature customization make it easy to recommend.

The EZVIZ CTQ6C’s motion-tracking feature is particularly great for larger homes, but its simple setup and strong feature set make it an attractive option for everyone.