Could we be seeing the first ever in-screen camera?

The Essential Phone, the brainchild of Android co-founder Andy Rubin, is officially dead. After a difficult 2018, the startup behind 2017’s PH-1 confirmed in a statement to 9to5Google that the original Essential Phone will no longer be kept in stock, with the company instead directing all its future energy on its “next mobile product”.

“We are sold out of Essential Phone on essential.com”, the statement reads, “and are now hard at work on our next mobile product. We will continue to sell accessories and provide speedy software updates and customer support to our existing community.”

Essential has held numerous fire sales in recent weeks, arousing widespread suspicion that the company was aiming to clear out all its remaining stock. With this statement, such suspicion looks to have been confirmed, and Essential Phone owners everywhere will be relieved to learn that the company has reaffirmed its commitment to providing software updates and general consumer support. 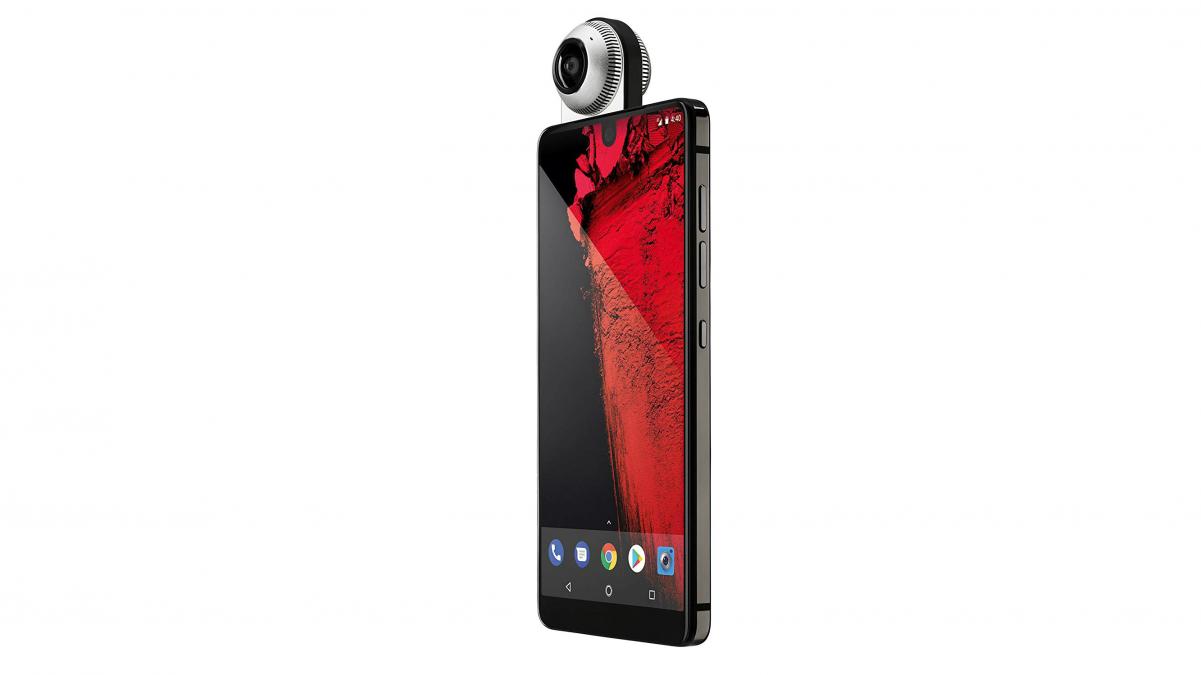 What might have come as a surprise to many, though, is that the company looks to be shifting its focus to a potential successor to its debut product.

And, predictably, we’ve already had our first clue as to what the new Essential Phone could feature. A trademark submitted to the World Intellectual Property Office (WIPO), unearthed by LetsGoDigital, outlines a camera built into the actual display of the smartphone itself. We’ve come across in-screen fingerprint scanners before, but a camera equivalent is absolutely unheard of. Presumably, this will mean no notch, no bezel, no pop-up camera, no nothing.

Rather than joining the camera under the screen, the patent also states that the Essential Phone 2’s fingerprint scanner will be on the back of the device, alongside a dual-lens camera.

Of course, this is just a patent, so these details are far from confirmed. But we can be sure that the Essential Phone 2 looks like it will be one of the more interesting handsets of the near future.

What else can we expect to see from Essential’s next phone? Read on to find out everything we currently know about the upcoming device.

Essential Phone 2: Everything you need to know

Android co-founder Andy Rubin created Essential with the aim of making a world-class phone – one that combined minimalist style with exceptionally high performance but, most importantly, one that served to streamline people’s lives rather than clutter or colonise them.

Meet the original Essential Phone. A stylish high-end smartphone that was intended to rival the major flagships. It featured a bezel-less screen, bold design and modular features.

Unfortunately, Essential’s first effort turned out to be a case of unrealised potential. Sales performance was far poorer than expected, and amidst camera woes, layoffs and even scandals involving Rubin himself, what seemed to be a promising concept eventually came to nothing – indeed, it never even saw a UK release.

If the upcoming mobile handset is to turn things around for the struggling company, then it’s got a serious job on its hands.

As previously mentioned, Essential is the brainchild of Android co-founder Andy Rubin, so we can predict with some confidence that the device will run Android software.

In addition to the features outlined in the WIPO patent, 9to5Google also reported in October 2018 that Essential is working on a phone that uses AI to respond to texts and emails on behalf of the user. The company also recently acquired tech startup CloudMagic, adding further fuel to that fire.

Will these rumours turn out to be true? Only time will tell. Make sure you stay tuned to this page for all the latest news and updates regarding Essential’s upcoming device.