If you’ve been paying attention to DJI’s social channels, you’ll have seen the company teasing something aquatic in nature for the past week, along with the line “unleash your other side”.

Well, the wait now over, and the company has confirmed that what it’s referring to isn’t another 360-degree camera – or a colonoscopy camera, as one commenter suggested – but frankly something that’s long overdue for the action camera market.

So what is it? A front-facing LCD screen on its new Osmo Action model, a waterproof, shockproof and dust-proof action camera that can venture 11m under the waves without an additional housing.

Sure, front-facing LCD screens on action cameras are nothing new, but it’s the fact that it’s a full colour display that makes it special. As DJI points out, that eliminates the guesswork normally needed when composing videos or images when you can’t see the rear display.

The rear 2.2-inch screen is touch-sensitive and has been primed with a water- and fingerprint-repellant coating, while the front display measures 1.4 inches. Both displays their details at 300ppi.

Next to the front-facing LCD is a lens with an f/2.8 aperture that captures images with a 145-degree field of view, and this has been protected with two separate anti-fingerprint coatings in addition to an anti-reflective coating. The model also packs a 12MP sensor that captures stills in both raw and JPEG formats, with a raft of manual and semi-automatic shooting modes alongside.

The model also benefits from DJI’s gimbal knowhow in debuting an electronic image stabilization system dubbed RockSteady. This works over pan, roll and tilt axes, even when recording 4K footage up to the maximum 60p. 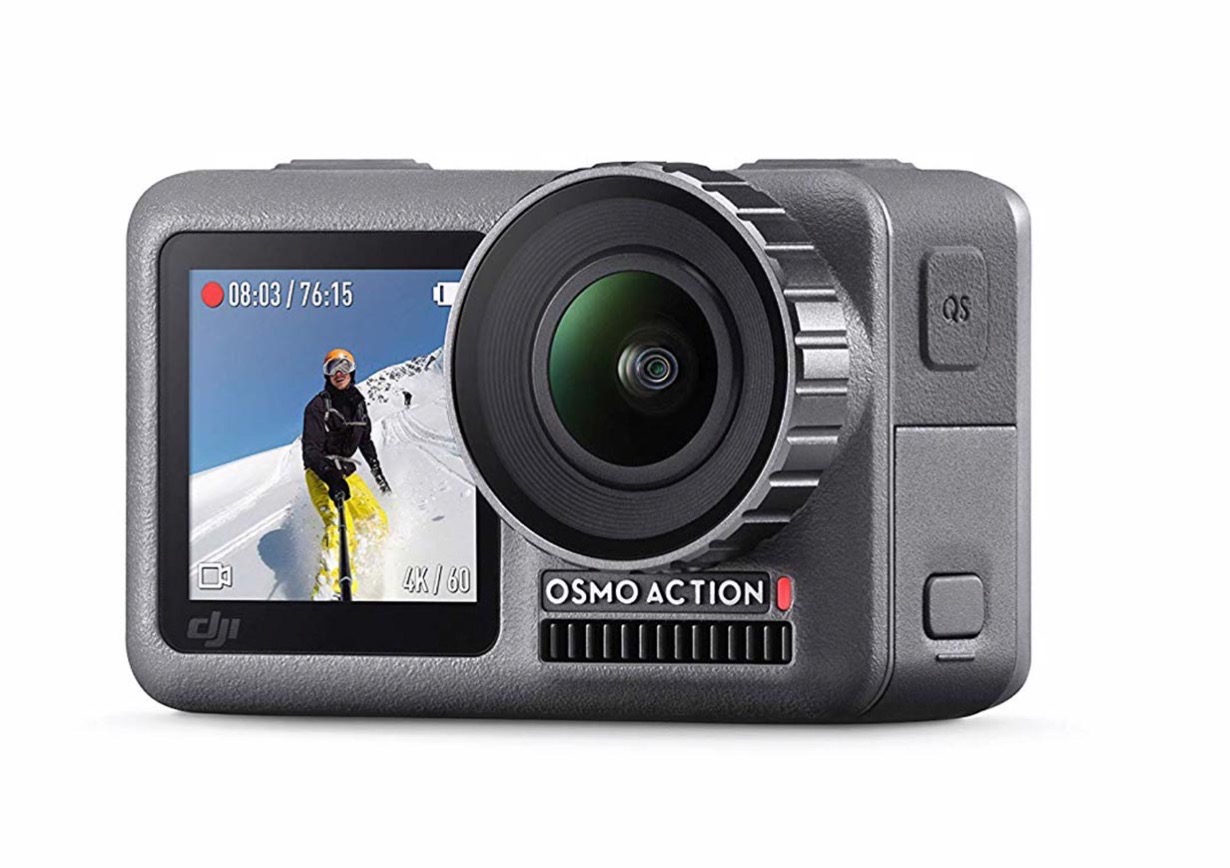 4K HDR video, which claims to add three stops of dynamic range when capturing 4K/30p footage, is also on hand, as are a range of capture modes such as TimeLapse and 4x/8x Slo-Mo options. Other options include Voice Control and built in Wi-Fi, which works in conjunction with the new DJI Mino app.

A raft of accessories will also be made available for the new model, including a housing that allows the camera to be mounted on helmets and elsewhere, as well as another that extends waterproofing down to 60m. An extension rod, floating handle and range of ND filters, are also set to be made available, among others.