Canon’s most recent mirrorless additions have been in the shape of the full-frame EOS R and EOS RP, leading some to wonder what the future of the more junior APS-C-based EOS M line would be.

The new EOS M6 Mark II, which was recently leaked by Canon, appears to provide an answer, arriving with a new high-resolution APS-C sensor, 4K video capabilities and a hotshoe that can be used to mount an external viewfinder.

The sensor in EOS M6 Mark II is the same as the one inside the EOS 90D DSLR that’s also been announced alongside it. It holds 32.5MP effective and works across a range of sensitivities right up to a maximum ISO25,600 (or a setting equivalent to ISO51,200).

DIGIC 8 processing power is also on board, which allows the camera to fire bursts of images at a highly respectable 14fps. Anyone who finds that too tardy, however, can boost this to 30fps with the Raw Burst Shooting mode, a feature that first popped up on the PowerShot G5 X Mark II and PowerShot G7 X Mark III earlier in the year.

That new processor also delivers gains to video recording; in contrast to the original EOS M6, which only captured video to a maximum Full HD resolution, both 4K and Full HD recording is possible here.

The camera has been designed with a 3-inch tilting touchscreen that can face the front, and vloggers will be pleased to learn that this is joined by a mic port. 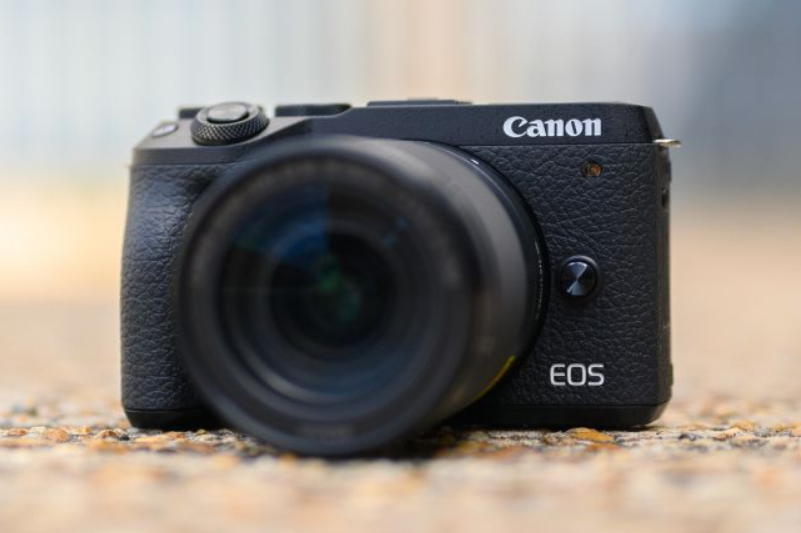 Eye Detection AF can be set for both stills and videos. Other features include Wi-Fi and Bluetooth together with in-camera raw processing and UHS-II support in the single SDHC/SDXC card slot.

Pricing for Australia will be at the retailer’s discretion although, based on discussions with Canon Australia product representatives, our understanding is that the full M6 Mark II kit will cost approximately AU$1,700. We will, however, update this story as soon as we can confirm the RRP.