The PowerShot G7 X Mark III is an iterative update in terms of design, while the PowerShot G5 X Mark II gets a design overhaul, which now looks a lot like the PowerShot G7 X series. Both cameras have many features in common, which include Canon’s latest DIGIC 8 image processor, a 1-inch stacked CMOS sensor with a 20.1-megapixel resolution, continuous shooting up to 20fps, a maximum ISO value of 12,800, 4K video recording up to 30fps (and 1080p at 60fps and 120fps) with no sensor crop, Wi-Fi and Bluetooth connectivity and USB Type-C charging.

The highlight of the Canon PowerShot G7 X Mark III is live video streaming. The camera has the ability to live stream to YouTube which is good news for creators and vloggers. It can also shoot vertical videos, for use on social media channels. The new camera has the same 24-100mm lens, with an aperture of f/1.8 – f/2.8 like the previous model. It has a 3-inch LCD display which flips all the way back, for easier selfies. There’s no electronic viewfinder (EVF), so all the framing will have to be done using the LCD display. Battery life doesn’t seem great as its rated to deliver just 235 shots per charge. 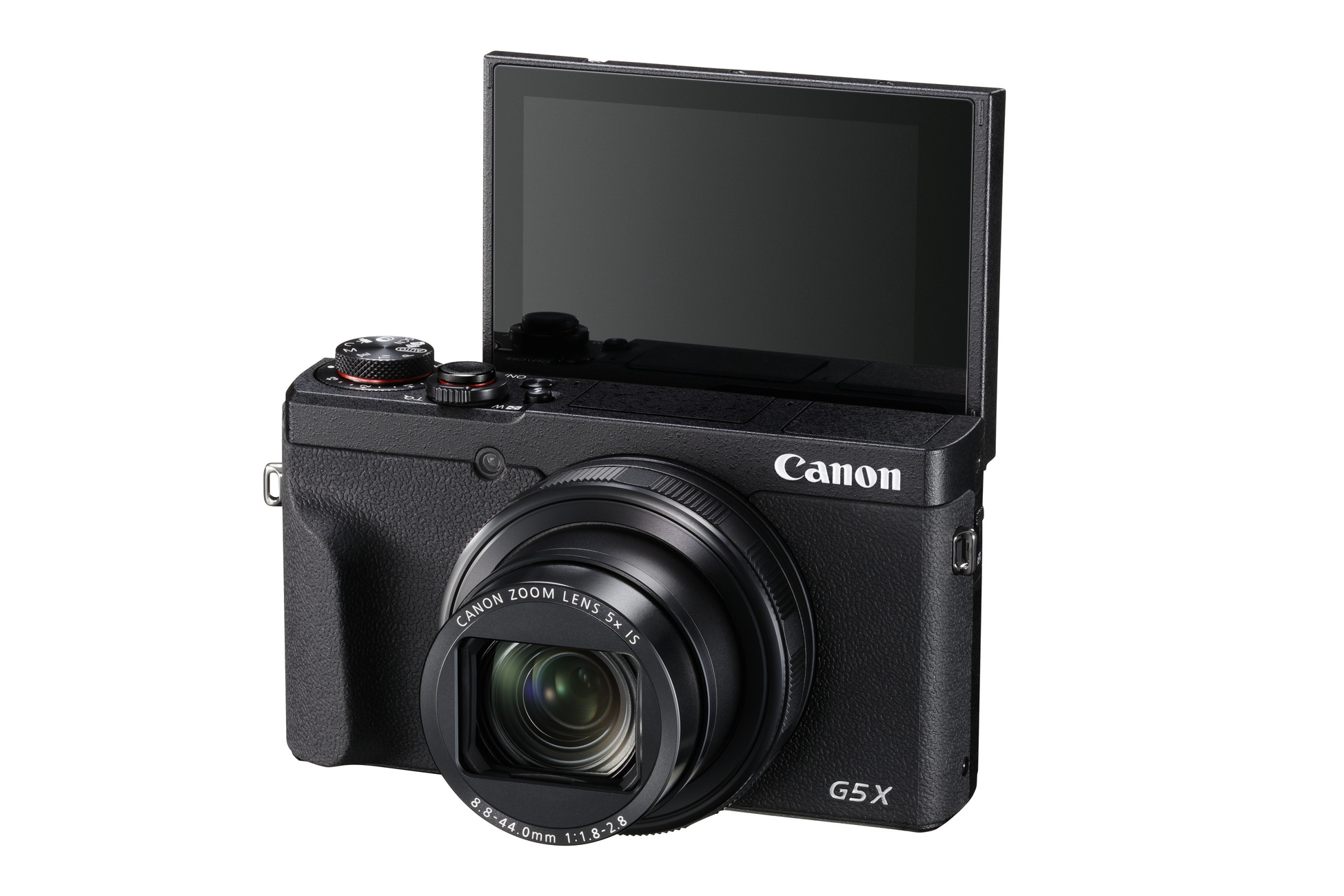 The Canon PowerShot G5 X Mark II is the more expensive model, which offers bigger upgrades over its predecessor. It boasts of a slightly higher zoom compared to the PowerShot G7 X Mark III, with a focal length of 24-120mm and an aperture range of f/1.8 to f/2.8. The PowerShot G5 X Mark II also gets a pop-up OLED EVF, similar to Sony’s RX100 Mark III series and above. When framing your shot through the EVF, you can use the LCD display as a touchpad to drag the autofocus point around. This camera also has a 3-inch touchscreen display, which can flip 180-degrees forward for selfies. Battery life is rated to deliver 230 shots per charge.

“The new cameras offer large sensors high quality optics that will surely help fuel creative expression and further our endeavour of fostering the photography culture in India,” he added.