Best GoPro 2019: Which GoPro should you buy? Our guide to finding the best GoPro for you

Confused about which GoPro to choose? Here’s our comprehensive guide on the best GoPro cameras you can buy in 2019

The advent of the action camera has changed the way we see the world. Without the likes of GoPro and others, we’d never be able to show off those insane skiing tricks or laugh at others getting them wrong. So, if you like the idea of a teeny, tiny action camera that can handle all the thrills and spills you can throw at it, but you aren’t sure which of the many GoPro models is right for you, we’re here to lend a helping hand.

Whether it’s that adrenaline-pumping skydiving footage, crazy kayaking video or snowboarding antics, the world is a better place thanks to GoPro. The small and rugged little devices pack a punch, offering fantastic quality video and audio – for a reasonably inexpensive price.

GoPro cameras bring the ability to film extreme sports or document everyday life to amateur filmmakers everywhere but there are so many to choose from. That’s where we come in. Here’s our comprehensive list of the best GoPro cameras you can buy right now, and which will best serve your needs.

Which is the best GoPro for me?

Bear in mind that the right GoPro for you may not be the most expensive model or the one capable of recording at the highest resolution. For instance, the ability to film high bit-rate 4K footage might sound appealing but remember you have to have plenty of disk space to store the footage and your laptop or PC needs plenty of power to process and edit the footage once you’ve got back to base.

Indeed, for most people, good quality 1080p or 1440p footage still holds up well and it’s a lot easier to edit, move around and upload than 4K. The good news is that even the cheapest GoPro cameras can do that with the Hero 7 Silver able to capture at 1440p at 60fps or 4K at 30fps.

What the more expensive models do have, however, is GoPro’s impressively effective HyperSmooth stabilisation. While the Hero 7 Silver does have stabilisation it isn’t quite as smooth as the that on the Hero 7 Black or the Hero 8 Black. 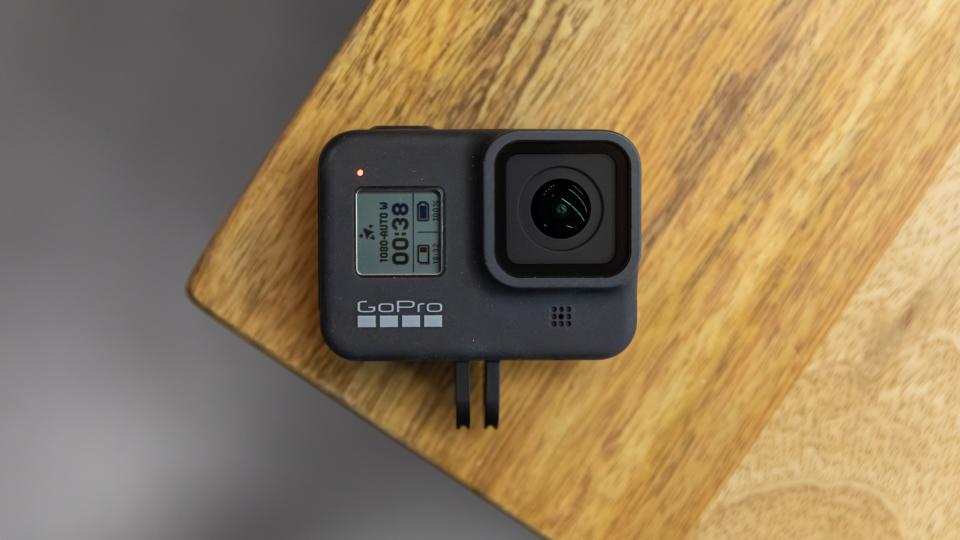 The biggest name in action cameras has done it again in 2019 producing what is, hands down, the best action camera in the business.

It might look like its predecessor – and it does have plenty of similar features – but the GoPro Hero 8 Black is, in fact, a massive, tip-to-toe overhaul. It has a new mounting system that lets you attach it without having to clip it into a cage; simply fold out a pair of prongs from the bottom and you’re ready to go.

It has an improved microphone, courtesy of both new hardware and a lower profile lens design that reduces wind noise at high speeds. The Hero 8’s new HyperSmooth 2 stabilisation system is better than ever and the software is more responsive and reliable than it was in the Hero 7 Black, too, which is a feat in itself.

With video recording up to 4K at 60fps at up to 100Mbits/sec, a new MediaMods system that will let you add professional-level audio recording and attach a forward-facing display, the GoPro Hero 8 is the undisputed king of action cameras. For capturing your outdoor activities there is no better camera. 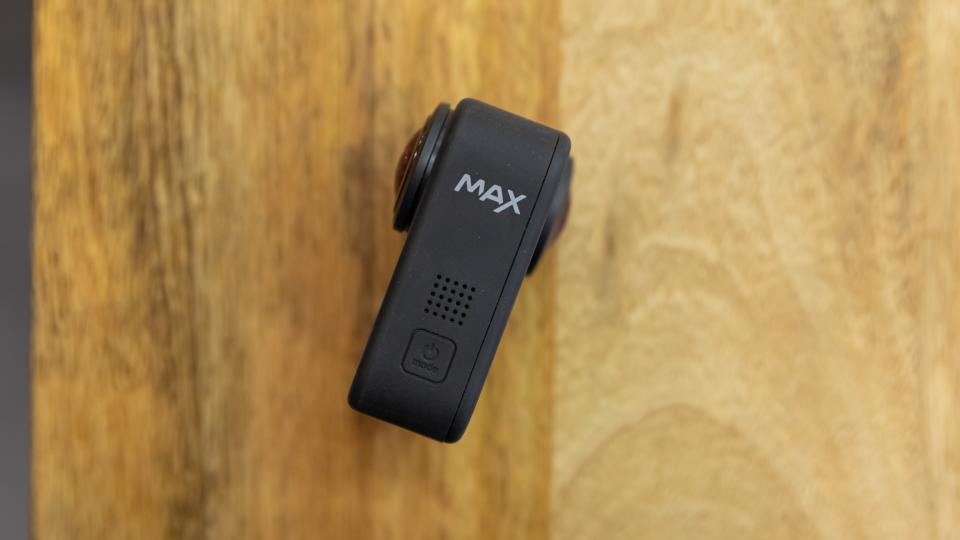 The GoPro Max is an action camera but not as you know it. With fisheye lenses mounted on the front and the back of the camera, it can shoot in all directions at once including up and down.

We’ve seen 360-degree cameras before, of course, but the GoPro Max takes it to another level, capturing video at a superb level of quality and making it super easy to capture, edit and then share the resulting footage. Indeed, if you shoot in 360 mode the Max will stitch the footage together in-camera for you so you don’t have to process the 5.6K, 30fps video on your phone or laptop after you’ve transferred it.

You can then either upload to YouTube as an interactive 5.6k, 30fps 360 video that viewers can pan around themselves or process it using GoPro’s “reframe” tool. This lets you choose a specific angle from the 360 footage and turn it into regular 1080p footage. You can even choose different angles from the same clip and cut between them – it’s like having multiple cameras in one.

That’s not all, though. You can also use the GoPro Max as a regular action camera, using either one of its two lenses. In this mode, the camera’s amazing “Max HyperSmooth” stabilisation and in-camera horizon-levelling comes into play, keeping footage incredibly smooth, stable and dead-level even if you turn the camera itself on its head.

With six onboard microphones recording top-quality audio and a built-in touch screen, the GoPro Max is the cleverest and most flexible action camera we’ve ever used. For outright quality, it can’t match the GoPro Hero 8 Black but it does so much that barely matters. 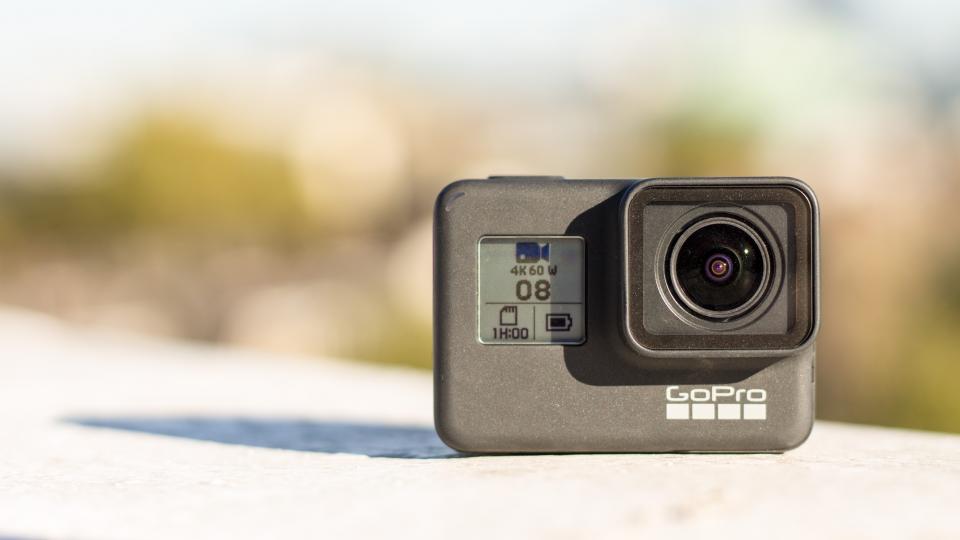 The Hero 7 Black was, until the Hero 8 Black came along, the best GoPro there had ever been. It’s no longer top of the tree but it has had a significant price cut and it’s still pretty amazing. Its first-generation HyperSmooth technology is incredibly effective, enabling the Hero 7 Black to capture super-stable footage that looks like it was shot by a camera on a motorised gimbal.

The big difference is that you can’t use HyperSmooth in all video modes as you can with the Hero 8; and there’s no super-high 100Mbits/sec bit rate mode, either. But for most people, this is the best GoPro to but. It’s a fabulous action camera at a very reasonable price. 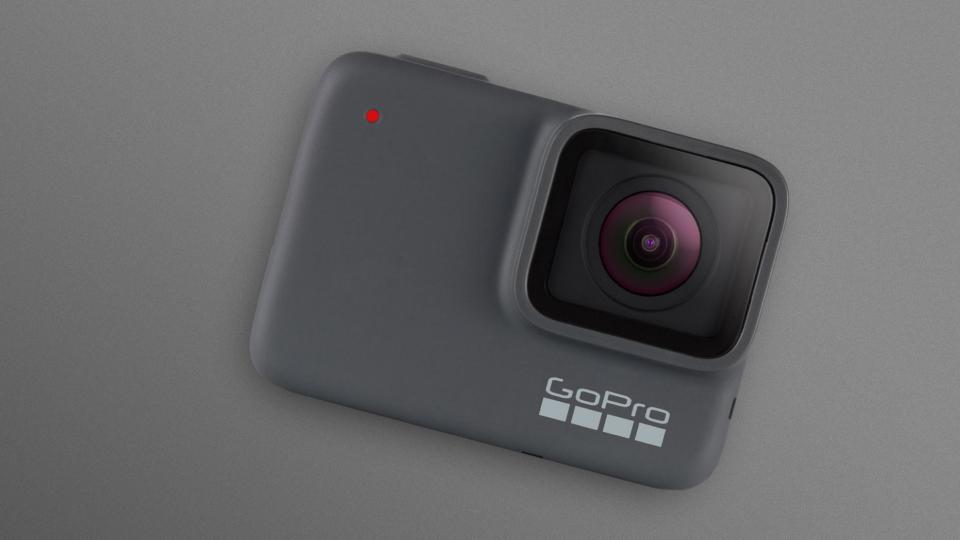 The GoPro Hero 7 Silver is the cheapest GoPro and brings some of the features of GoPro’s more expensive action cameras down to a more affordable level. The Hero 7 Silver doesn’t have the front status LCD of the Hero 7 Black, can only shoot 4k at up to 30fps and lacks GoPro’s impressive HyperSmooth stabilisation.

It also has a built-in battery, so you can’t carry around multiples and swap out for longer shooting times. Video quality is pretty good, though, and it’s just as rugged and waterproof as its pricier sibling, so if you want a GoPro but can’t quite stretch to the Hero 7 Black, it’s worth considering. 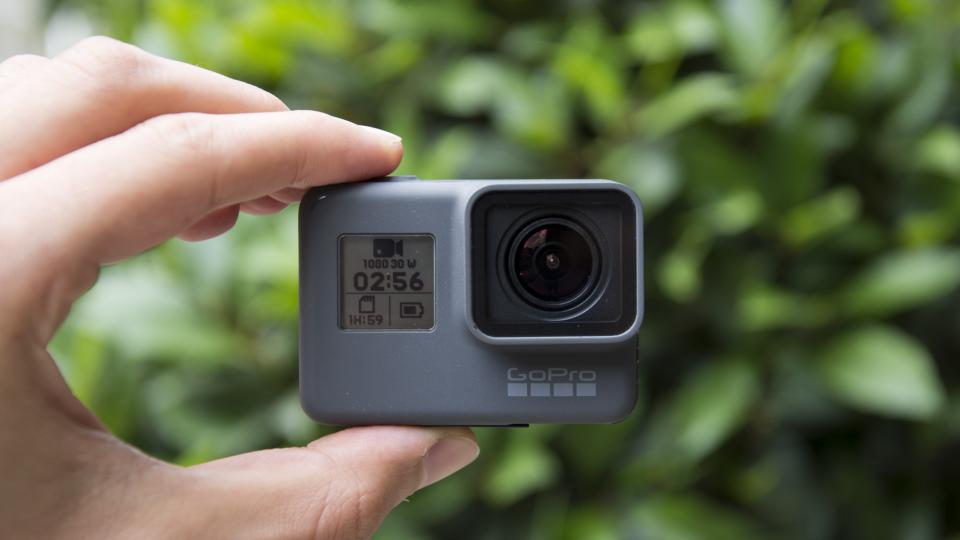 The 2018 GoPro Hero is now discontinued by GoPro but you can still get hold of one if you look hard enough and, despite some technical limitations, there are reasons to buy one over the GoPro Hero 7 Silver.

And there are plenty of reasons to buy the Hero over the Hero 7 Silver, not least the fact that it has a removable battery, so you can carry spares when you want to shoot for longer.

It also has a monochrome front status display, more field of view options and the ability to remove the lens cover and replace it with, for example, a neutral density filter. It’s slightly pricier than the Hero 7 Silver but the removable batter alone makes it worth considering.