BCN Retail (BCN+R), a Japanese analyst firm that collects daily sales data of mirrorless interchangeable lens cameras from both online and in-person points of sale in Japan, has published (translated) a summary of its 2020 camera sales data, confirming camera sales were down in the Japanese market due to an already-shrinking market further compounded by the ongoing COVID-19 pandemic.

According to BCN+R’s data, digital camera sales dropped 40.4% year-over-year (YoY). This is over double the 16.8 percent drop BCN+R recorded in 2019 (compared to 2018). BCN+R’s data shows digital camera sales were down from the onset of 2020, but dramatic decreases in March and April align with when the first spike in cases of the novel coronavirus started spreading across the globe. The YoY decrease peaked in April and slowly declined until September. 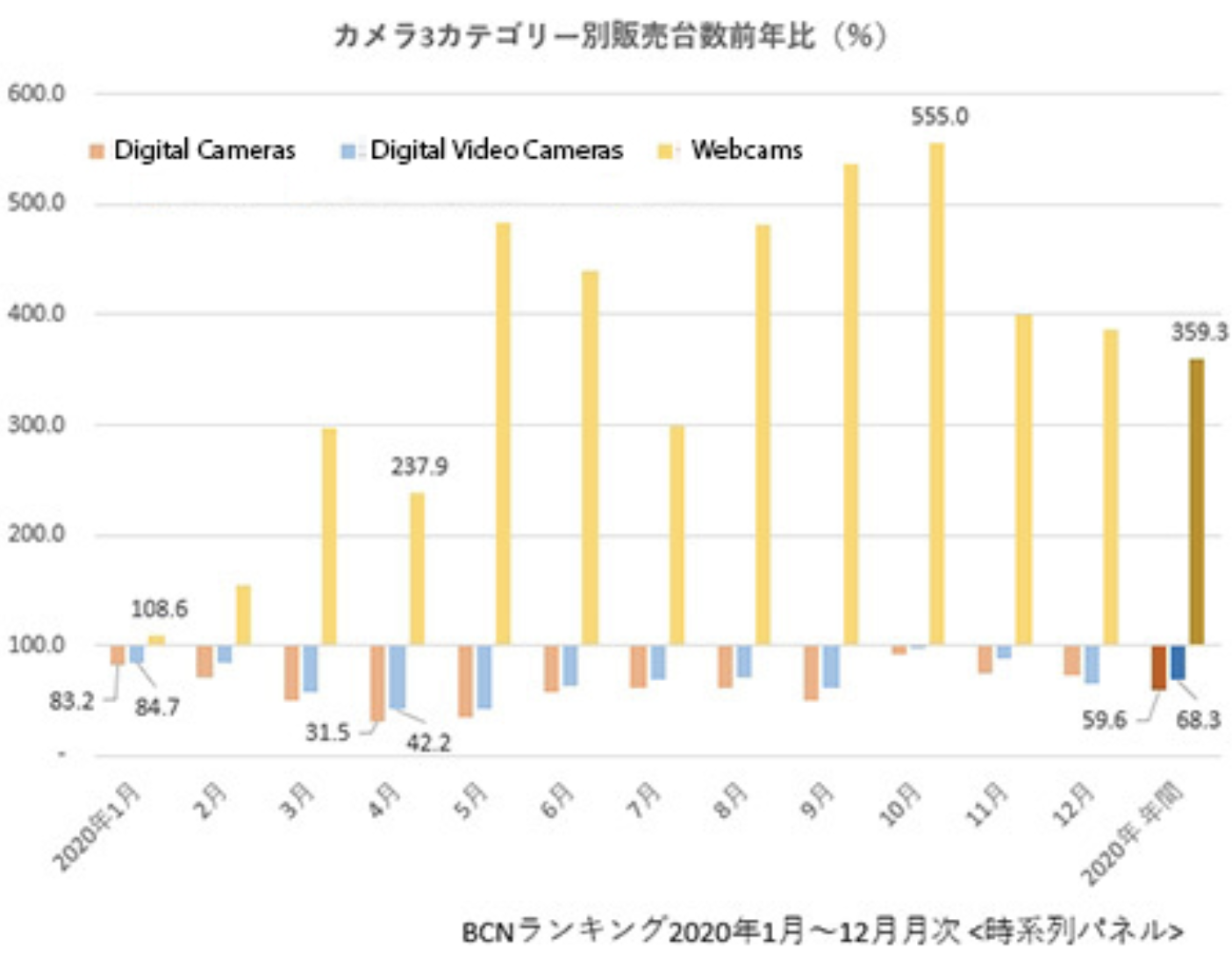 October proved to be the month with the smallest YoY decrease, which could be attributed to the release of numerous mirrorless cameras being released in September and October, most notably the Sony a7C (September 15), Canon EOS M50 Mark II (October 14) and Fujifilm X-S10 (October 15). The original Canon EOS M50 has continuously proven to be the most popular cameras in Japan for quite some time, so it’d make sense its successor would sell well, too.

We’ll wait to see what the end-of-year numbers from less region-specific sources (CIPA, etc.) are before making any comprehensive overviews, but it’s clear from BCN+R’s data that the fallout from the COVID-19 pandemic managed to make a shrinking market even smaller than it was on track to be, even if the Japanese market alone isn’t indicative as to the state of the industry as a whole.