Apple has revealed its back-to-school promotions for this year, and they include a much longer trial period for students who want to try out its music subscription service. Eligible college students can now enjoy Apple Music for six months instead of the usual three at no cost, so they don’t have to worry about paying the $5-a-month discounted rate for half a year. According to an internal memo obtained by Appleosophy, the offer is already available and will last until September 26th, 2019. 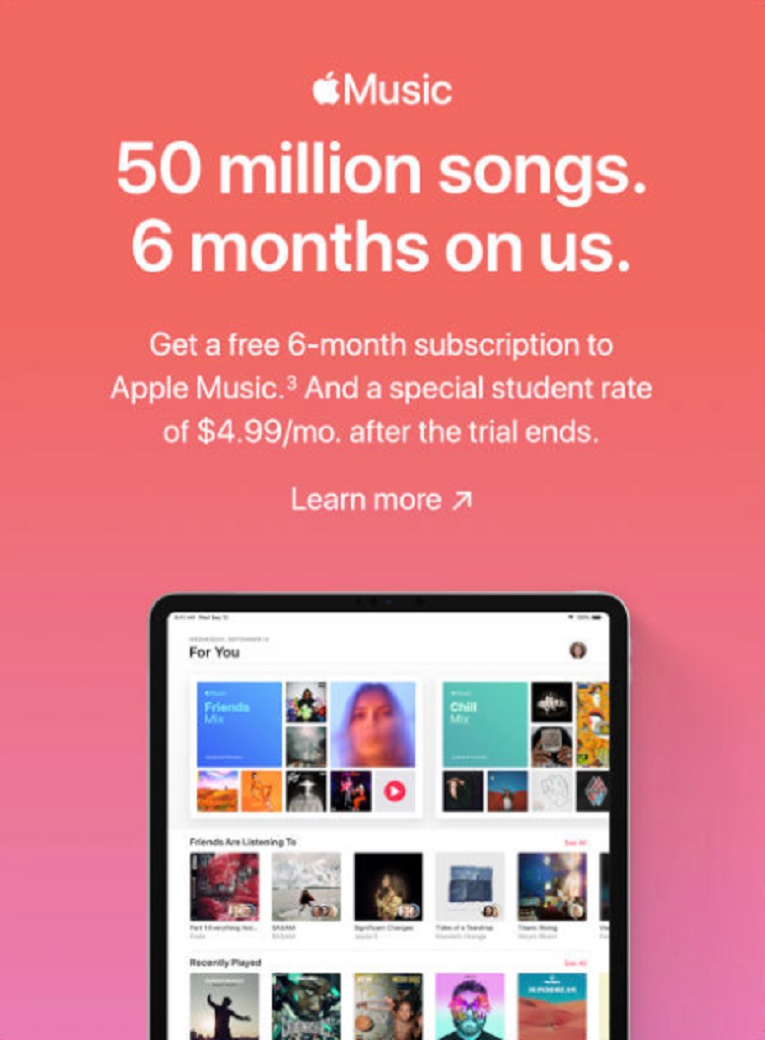 Apparently, the memo also says that students who are eligible will still only be signing up for three months of free subscription — they’ll get a follow-up email within that period with instructions on how to redeem three more months of free membership. That said, it’s not entirely clear if the offer is available outside the US and Canada, and students from those countries must verify that they’re truly in college before they can enjoy the freebie.

In addition to a six-month trial period, Apple is also giving away a free pair of Beats Studio3 headphones with eligible Mac and iPad purchases. We doubt anybody would buy a Mac or an iPad just for a free pair of Beats, but it’s a nice perk for those getting one anyway.